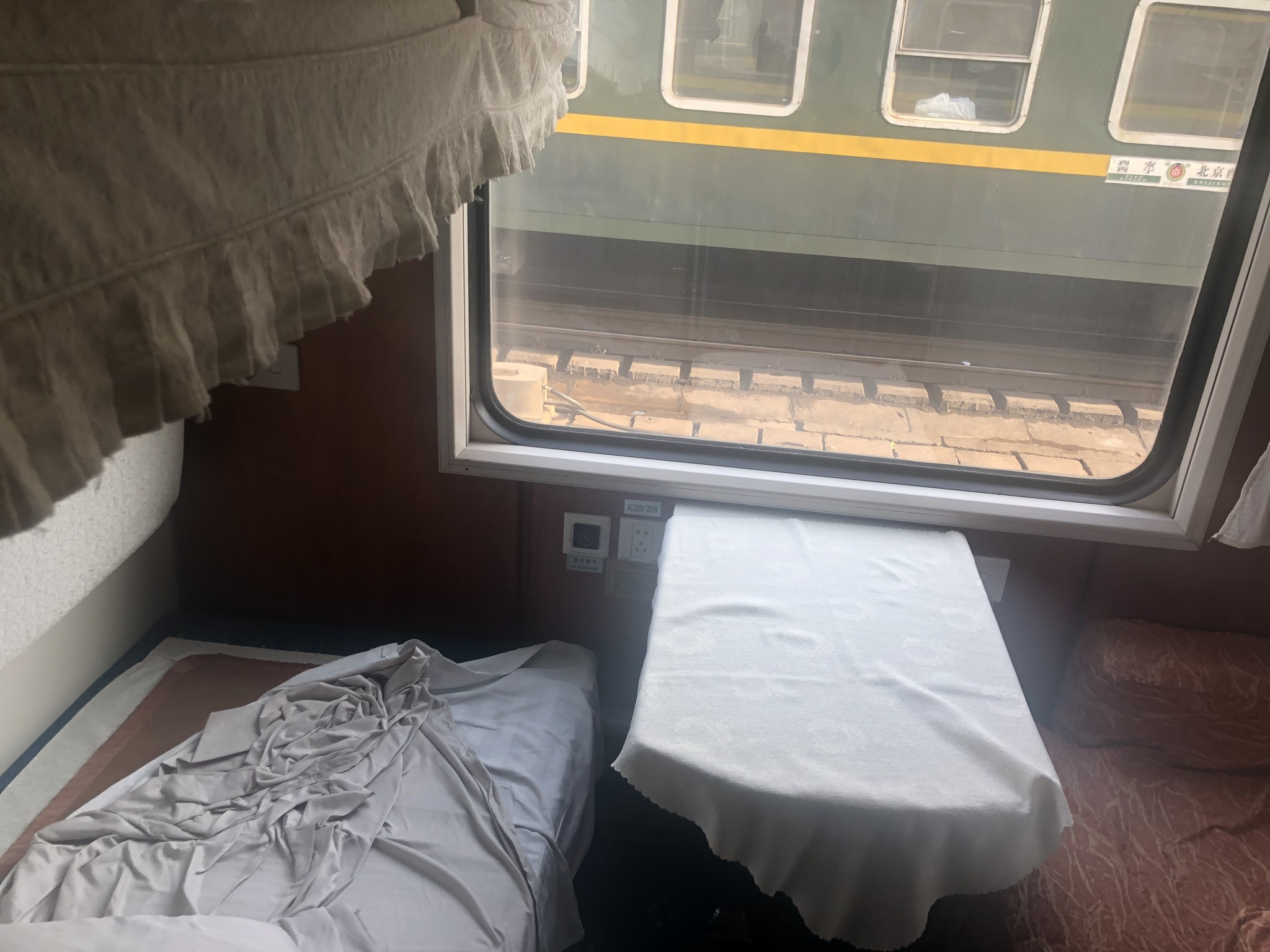 Traveling around China can be intimidating, especially after you realize what a huge country it actually is. When we visited, we saw four different cities, and flew, took the overnight train, and took a bullet train — depending on the length of travel. These are my tips for taking the Z19 — the overnight Beijing to Xian train — in the Deluxe Soft Sleeper.

We decided to take the overnight train because we thought it would be a fun experience. I had never taken an overnight train, but my boyfriend has when he traveled Europe in his 20s. We are not in our 20s any more and quickly found out we may be too old to travel this way (I am in my 30s and he is in his 40s).

We opted for the Deluxe Soft Sleeper, which is the only way to get a private room on the Z19 overnight train from Beijing to Xian. This has two bunk beds and its own bathroom, as well as a small table and chair.

The Schedule for the Z19 train in China

There are many schedules for the overnight train from Beijing to Xian. We took the train that leaves Beijing at 8:40 p.m. and arrives in Xian at 8:31 a.m.

See all the times here.

The schedule was great for us because it meant we did not have to give up a day to travel from city to city. We still had a full day in Beijing, and could be up and ready to go the next day in Xian.

The only downsides of train travel is that it is very overwhelming. There are so many people trying to get on the train at the same time (with very little respect for lines) that it can be stressful. But once you are on the train, it’s much less stressful.

The Space of the Deluxe Soft Sleeper 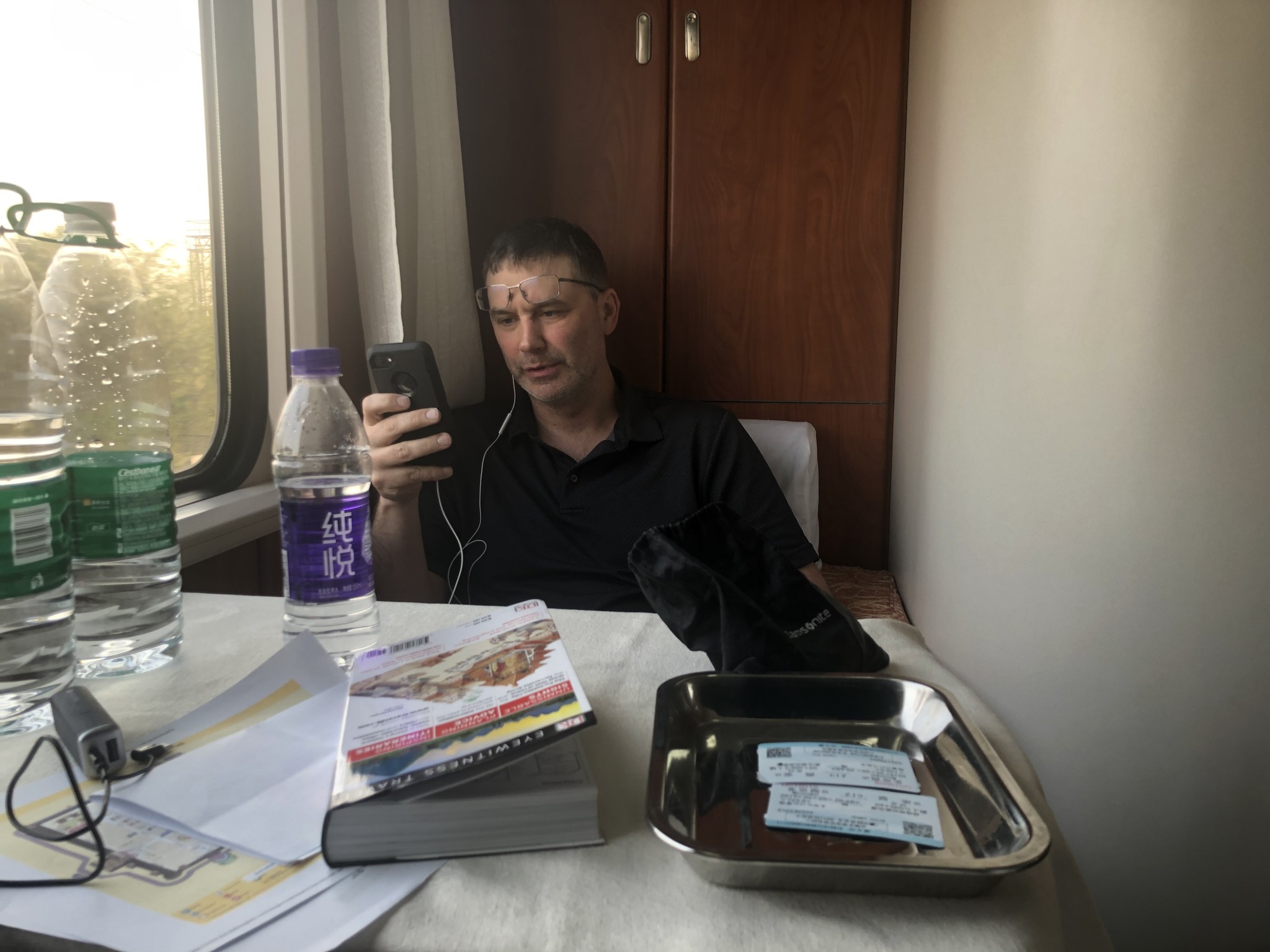 The room was not huge, but what we expected from the photos we had seen. The living space was maybe five feet by eight feet, or smaller. Once you are in and settled, it’s not too bad, but getting your bags in the door is a difficult task in itself.

The rooms only allow you to book two people into them, and you really couldn’t fit more people in there if you tried.

The Beds in our Room

The beds themselves were fairly large. They were long enough — I am 5 foot 10, and my boyfriend is six feet tall, and we had plenty of room. The downside is that even though they are the “soft sleeper” they were pretty hard. I did not sleep most the night, because it was almost painful to sleep on them.

The rocking of the train all night was actually pretty comforting, but the beds meant I did not get any sleep on a night before we had a lot to do.

The Bathroom in our Room 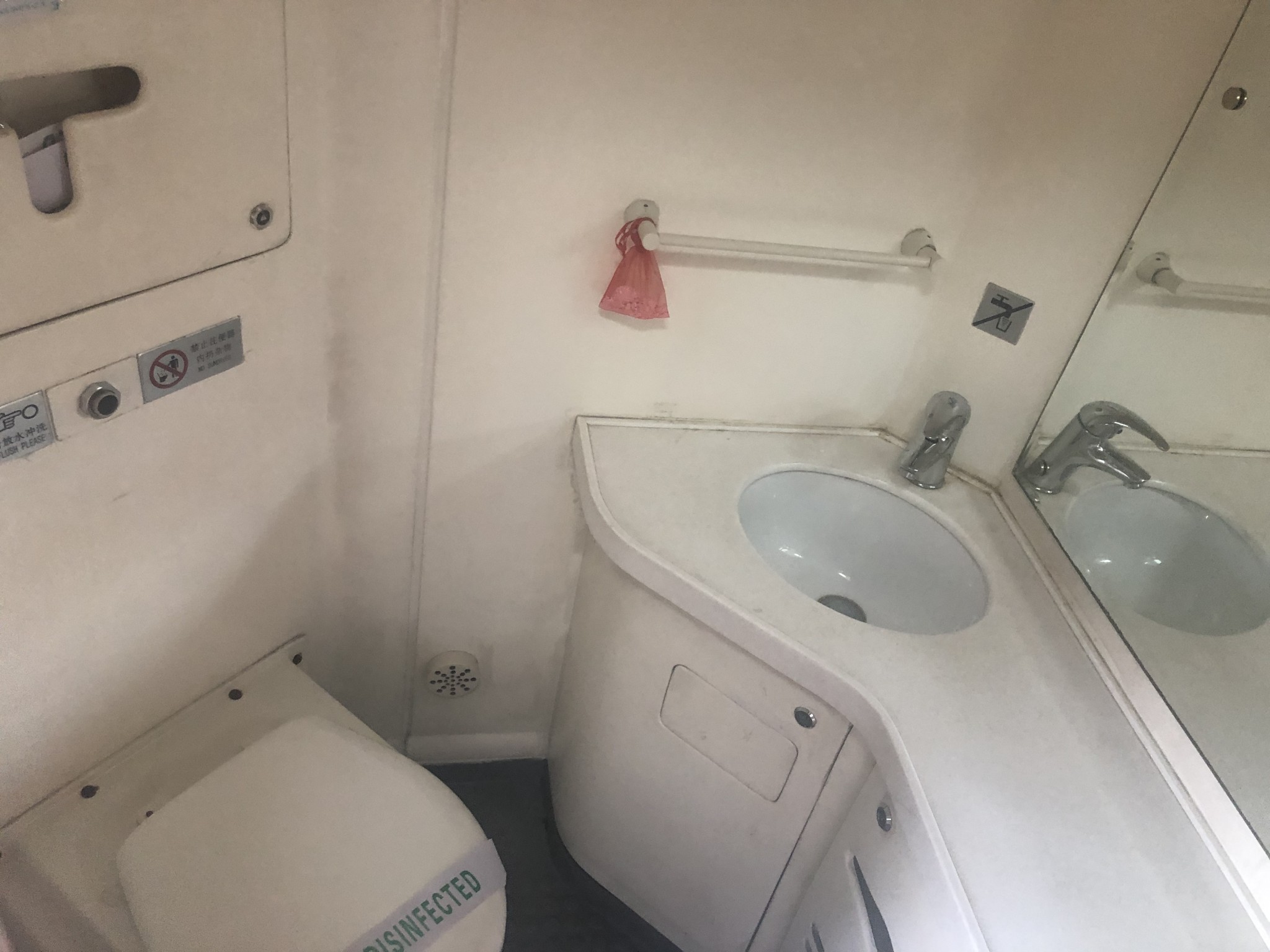 Booking the Deluxe Soft Sleeper means you have your own private bathroom, and that is worth a little extra money. However, our bathroom was dirty. The toilet was unusable and the thought of going in there made me slightly sick — to the point I considered going in the hallway and using the shared bathroom.

It was nice to have a sink, but that in itself is not worth booking a different room. 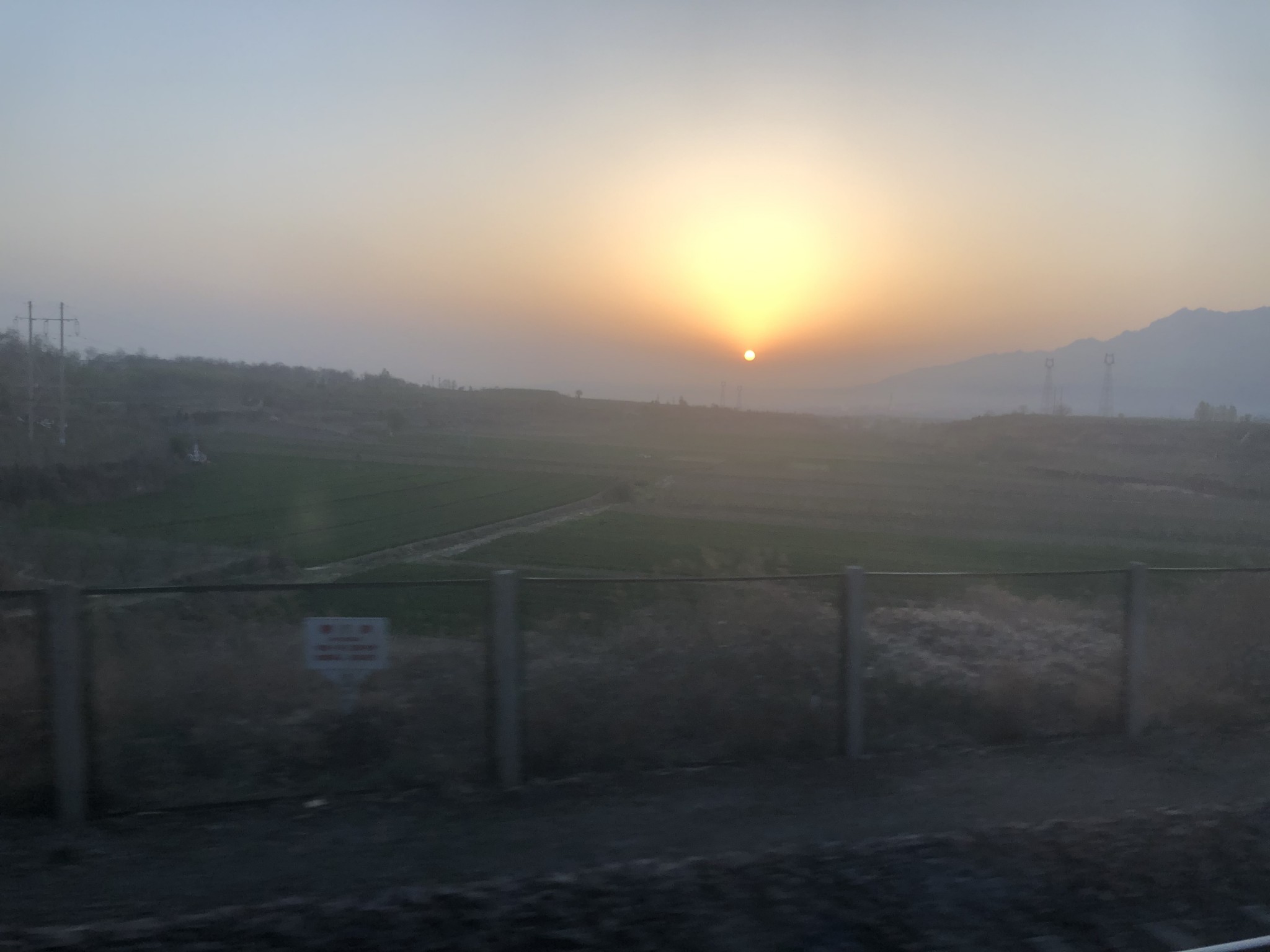 We paid around $250 for both our tickets on this train. My reasoning (at the time) was that not only was it around the same price as two plane tickets, but we wouldn’t have to pay for a hotel for that night.

Overall Thoughts about the Z19 Train 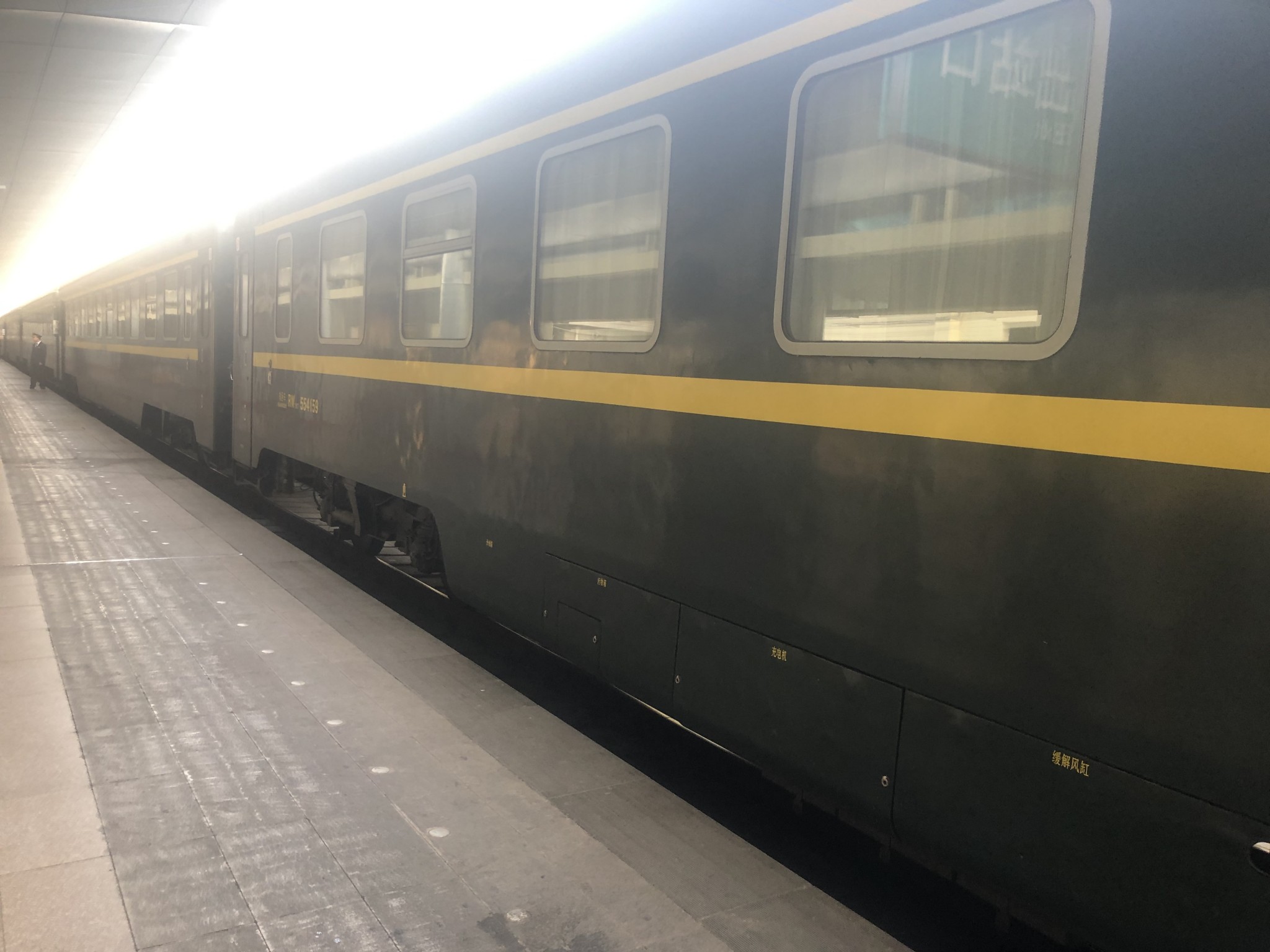 Booking the Deluxe Soft Sleeper on the Z19 train from Beijing from Xian was definitely an experience I will never forget. But after our first night traveling this way, we actually canceled our second tickets — from Xian to Shanghai, and bought plane tickets (around $160 each).

Tickets for the Z19 train 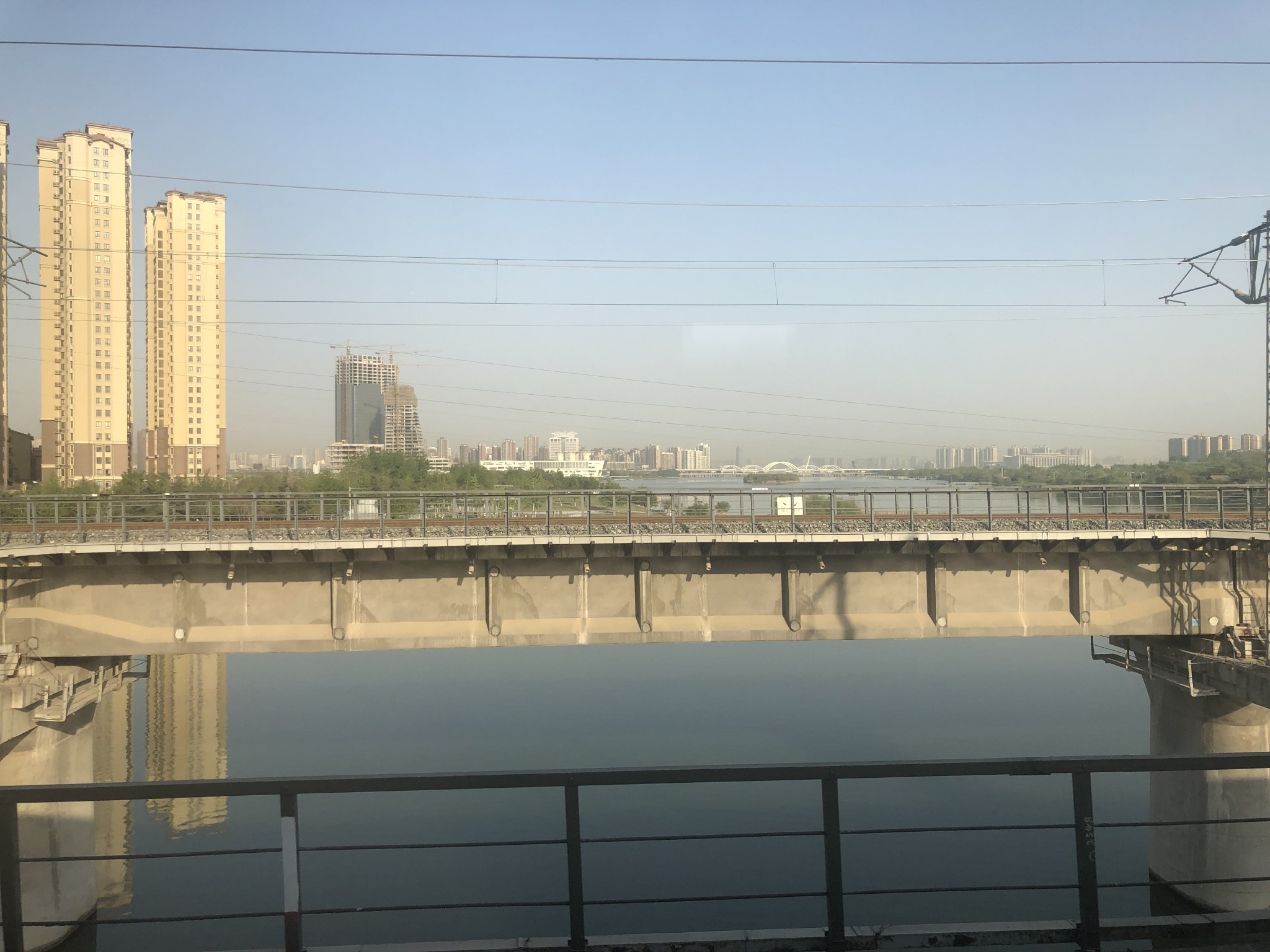 We booked our tickets (and most everything else we did in China) on TravelChinaGuide.com, which I would completely recommend.

If you want to book your tickets for the Beijing to Xian train, here are some more tips for you.