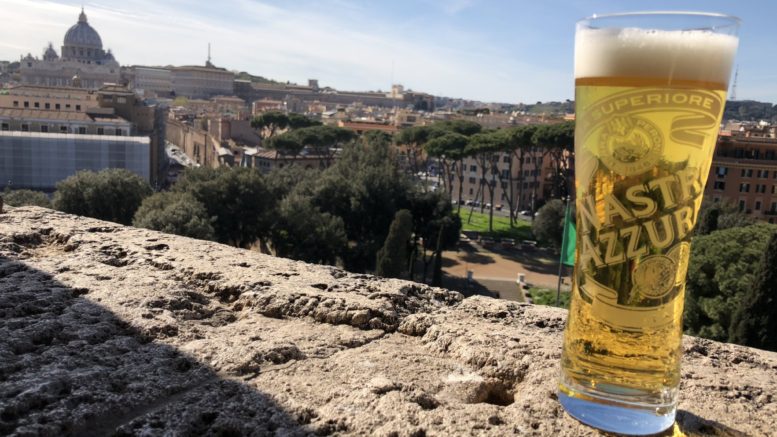 Castel Sant’Angelo is a must-see destination when visiting Rome, Italy — but it’s not just about the history or beautiful architecture. The castle showcases one of the most amazing views in Rome. Here are the reasons you should include the Castel St. Angelo on your Rome, Italy vacation. 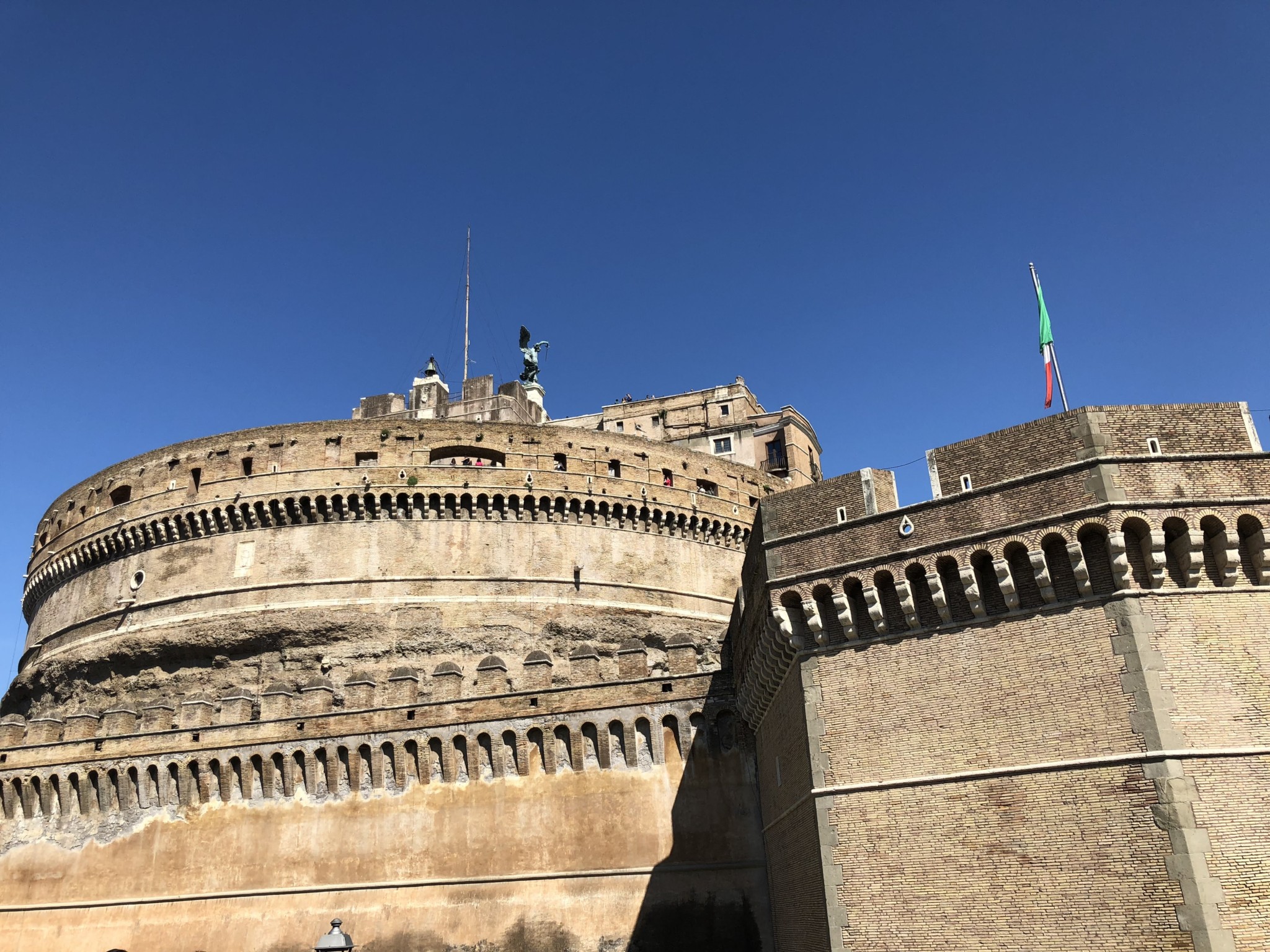 The Castel Sant Angelo Rome was originally built between 134 and 139 AD by Emperor Hadrian, as a tomb for himself and his family. There were numerous other emperors whose remains were also laid to rest in the castle over time. Over the centuries, the castle was turned into a papal fortress, prison, castle, and eventually a museum, which it is now.

The castle got its name in 590, when Pope Gregory I had a vision that Saint Michael the Archangel appeared at the top of the castle to announce the end of the plague. The angel at the top of the building now symbolizes that moment. 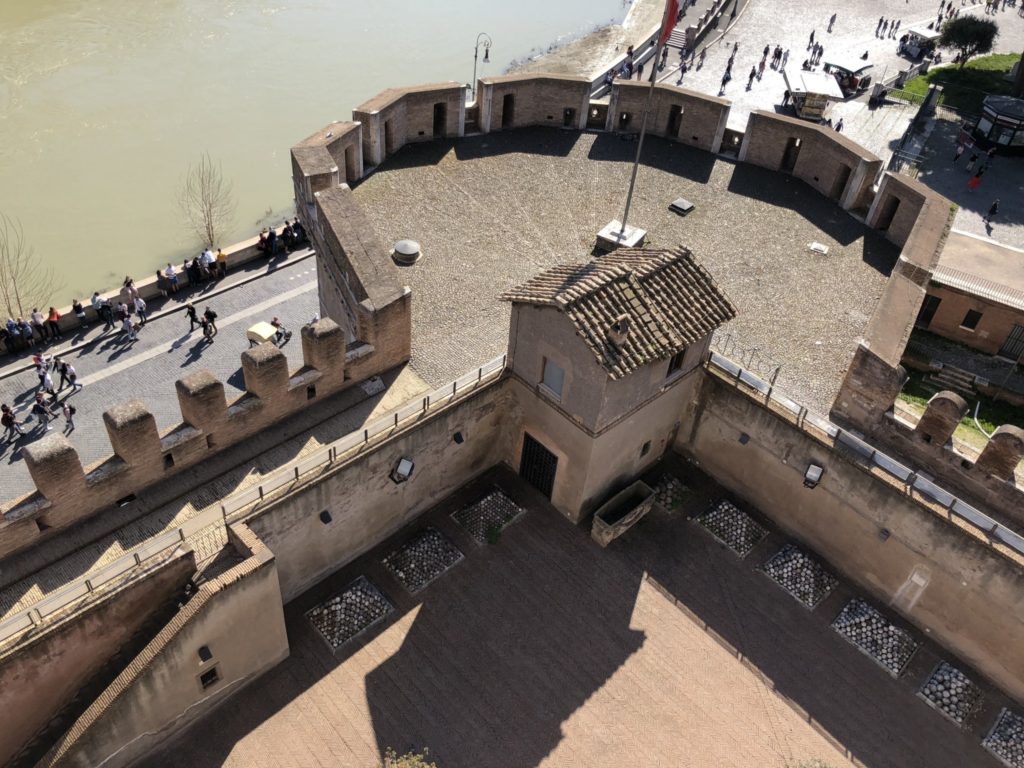 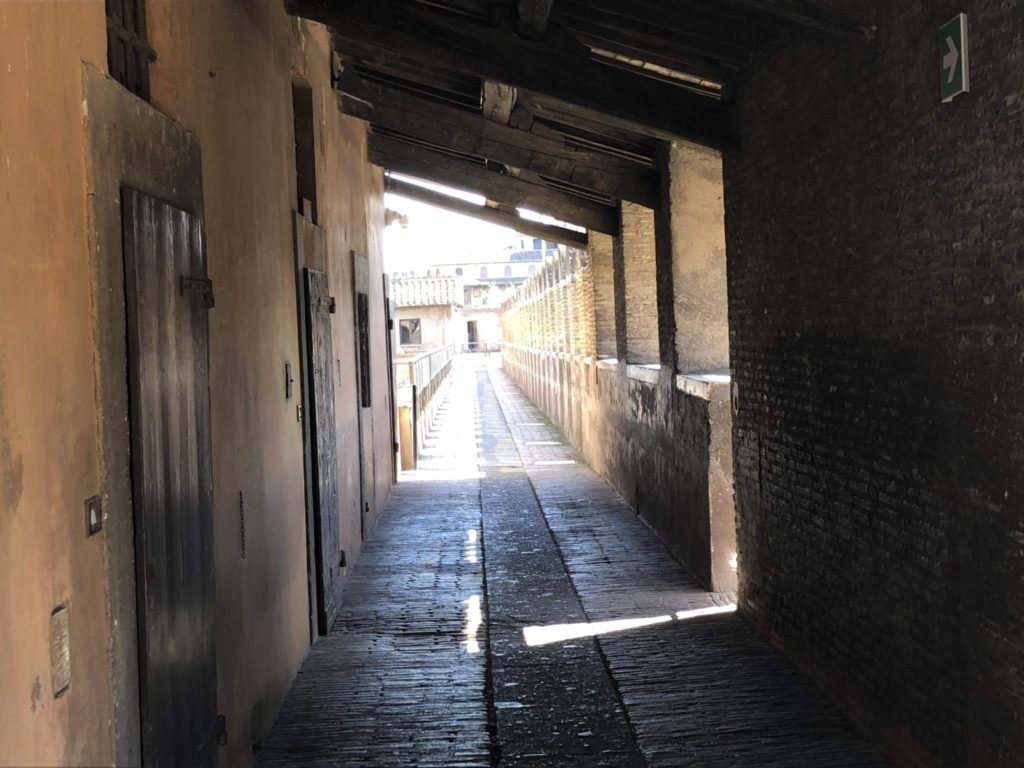 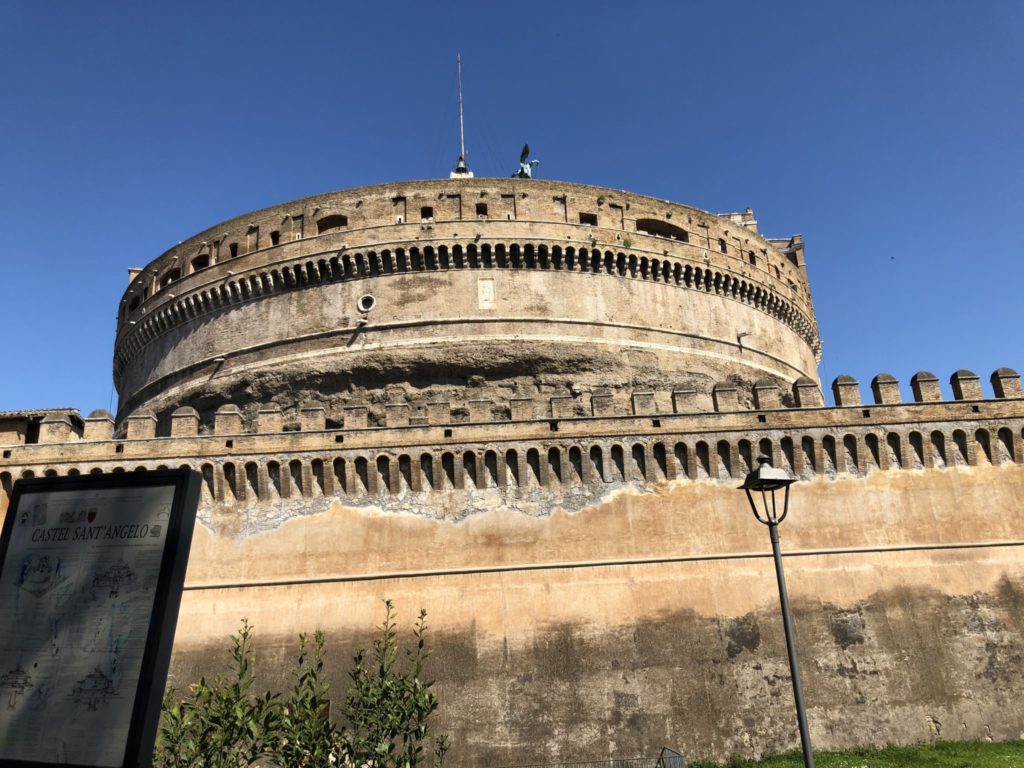 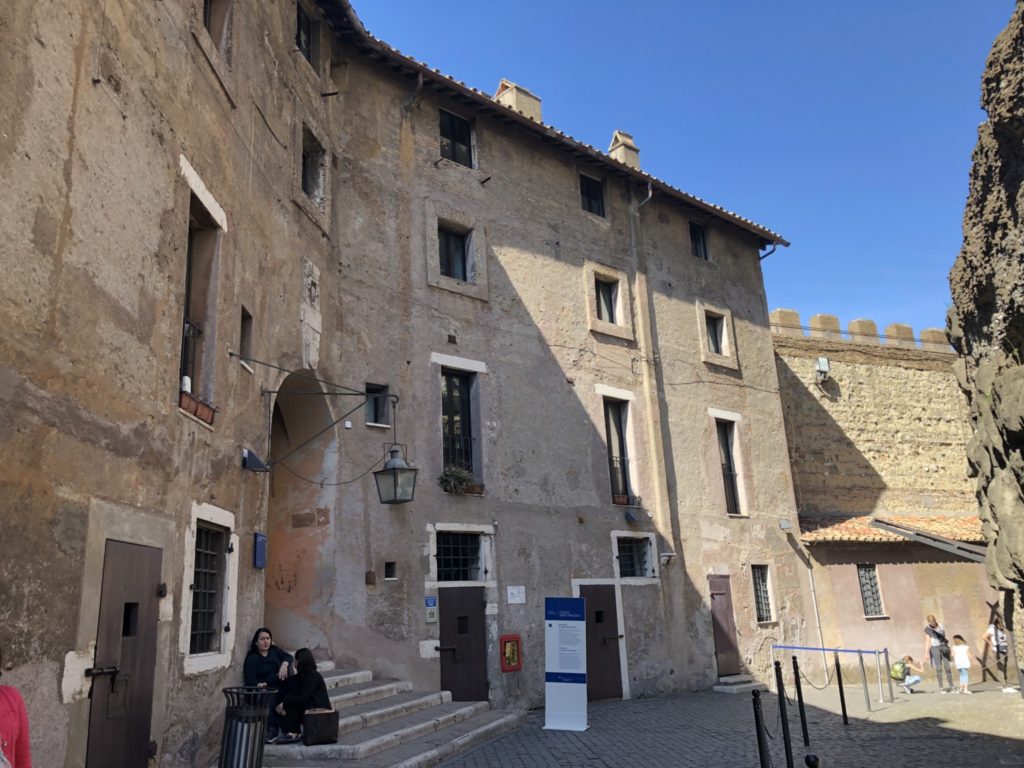 You will see Castel Sant’Angelo just before you cross the bridge to leave Vatican City in Rome. To get there, you can walk, take the train, bike, or Uber.

Visiting Via Appia Antica: How to get there from Rome’s city center

As you stroll from (or to) the many Vatican City sites, you will see the castle. Even though Rome is full of hundreds, or thousands, of historical sites, Castel St. Angelo is in the perfect location to stop and view the city. 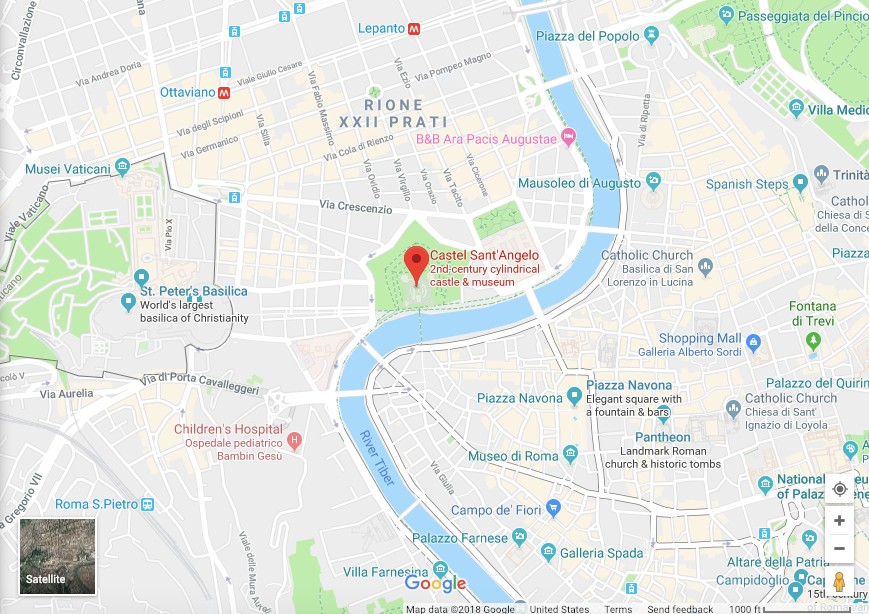 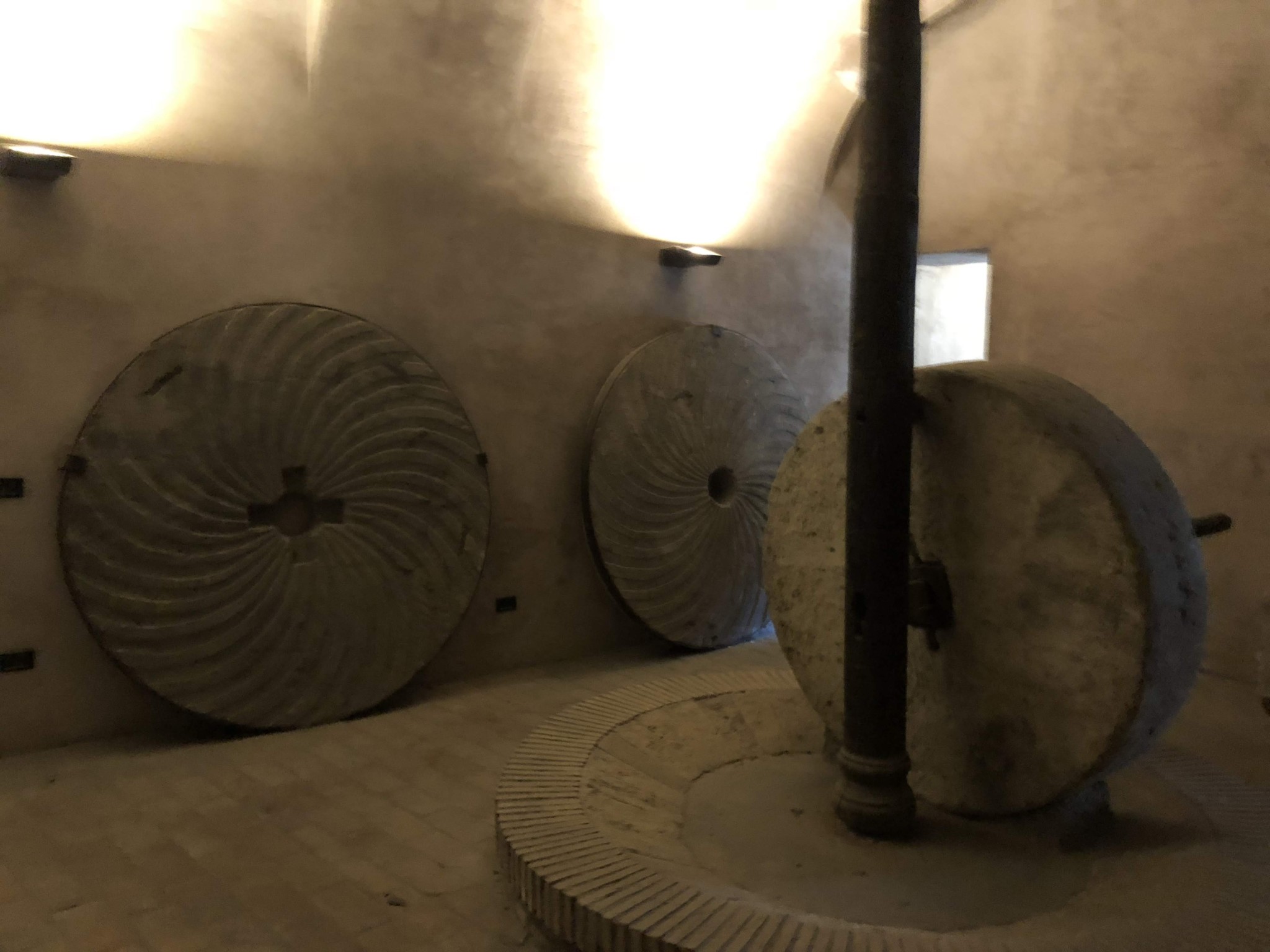 Castel Sant’Angelo is full of plenty of amazing and historical pieces, including artwork (specifically Medieval and Renaissance-era art ), sculptures, and an armory. The castle was the beginning of Hadrian’s Wall, and you can visit dungeons, guns, former papal aparments, and the halls walked by emperors and popes.

The museum also holds numerous events and classes, and you can rent an audio guide in Italian, English, Spanish, French, German, Portuguese, Russian, and Chinese. 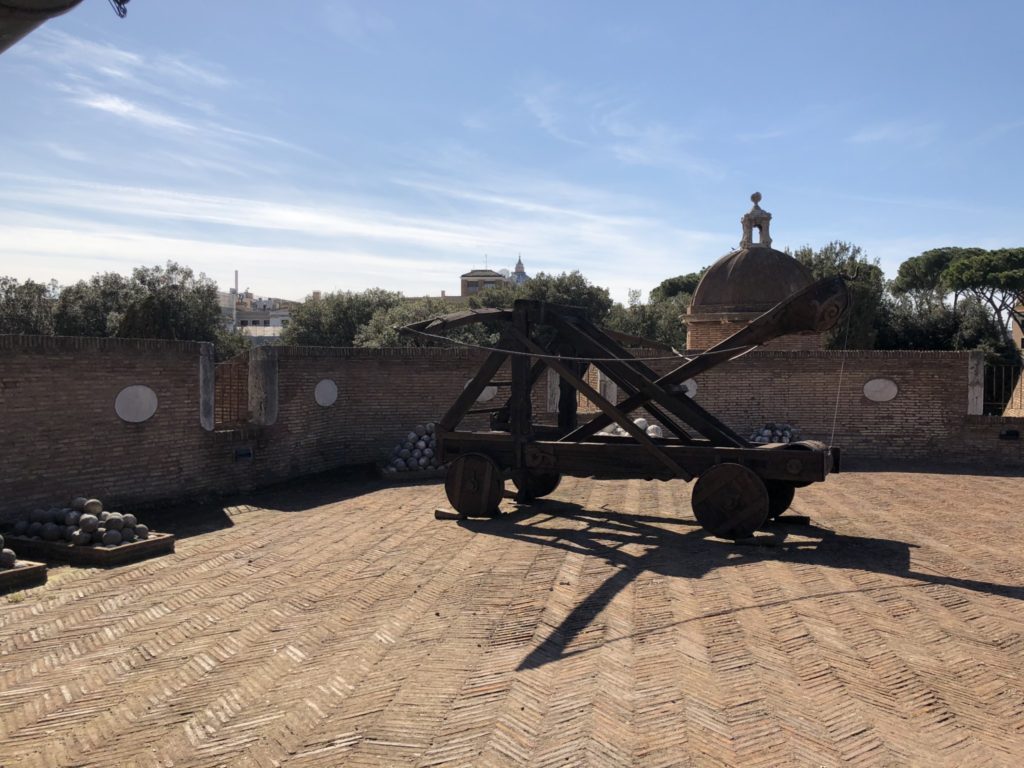 Views from Castel San’Angelo & the Bar at the Top 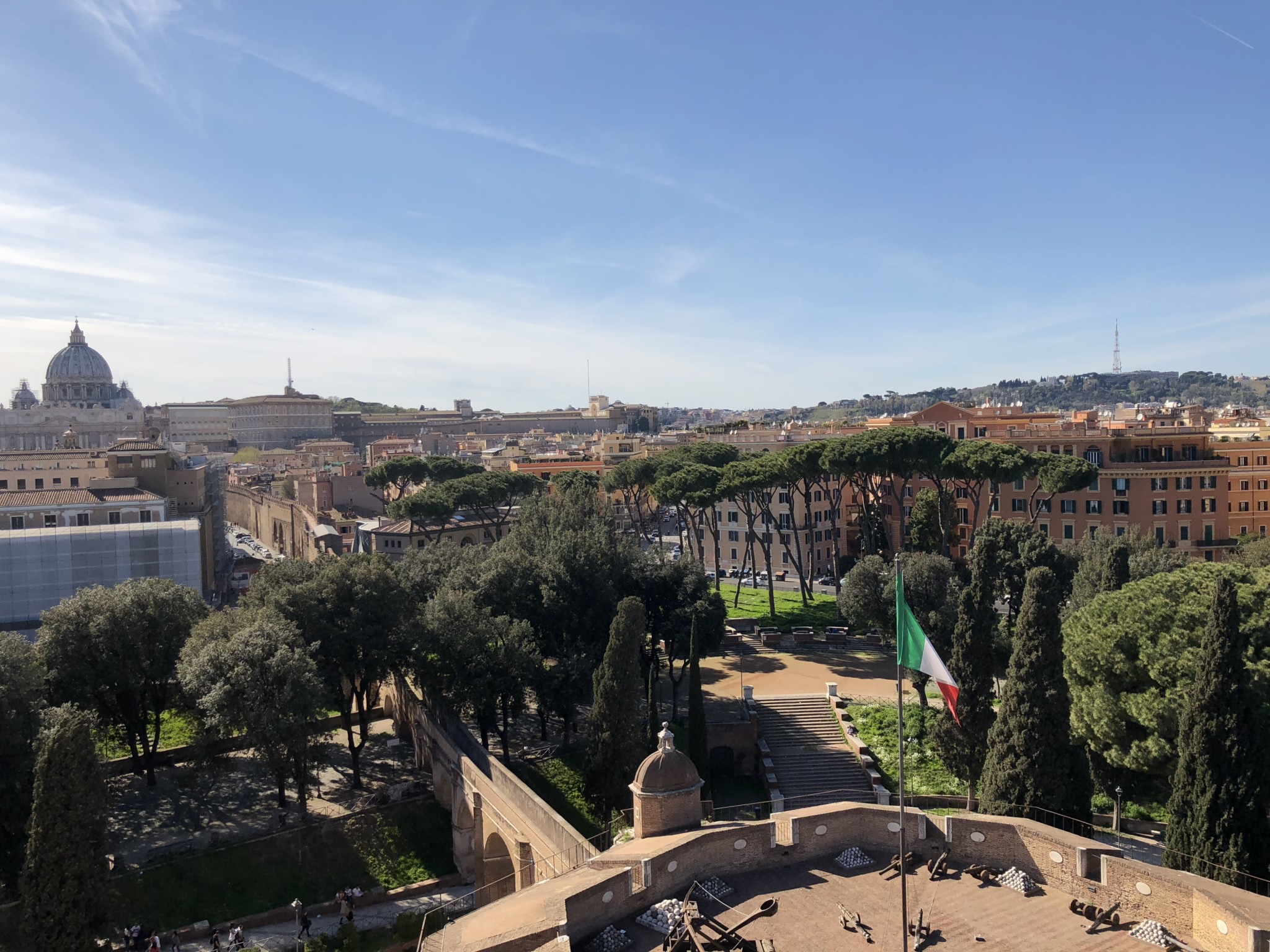 Although the castle is full of plenty of history and art, the reason it needs to be near the top of your list when visiting Rome is because it has one of the best views in the city. The 360 view includes Vatican City, including St. Peter’s Basilica, and the Ponte Vittorio Emanuele II (bridge).

What to wear to The Vatican: Dress Code rules you should know

Once you get to the very top, there is a full roof with views all the way around. 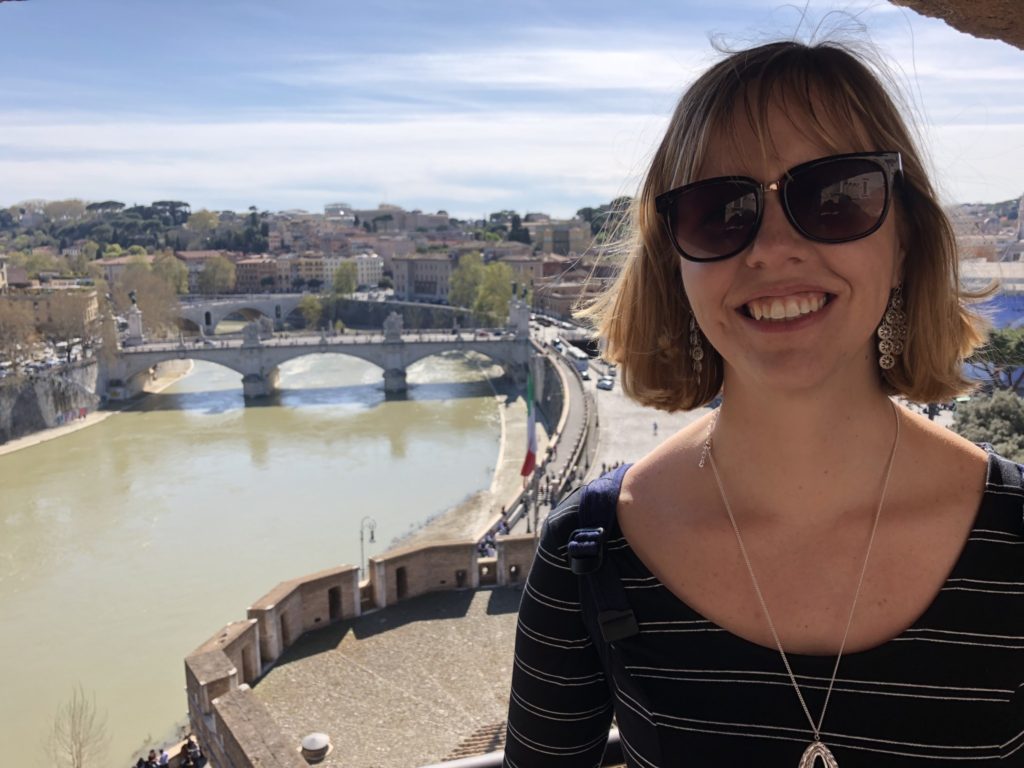 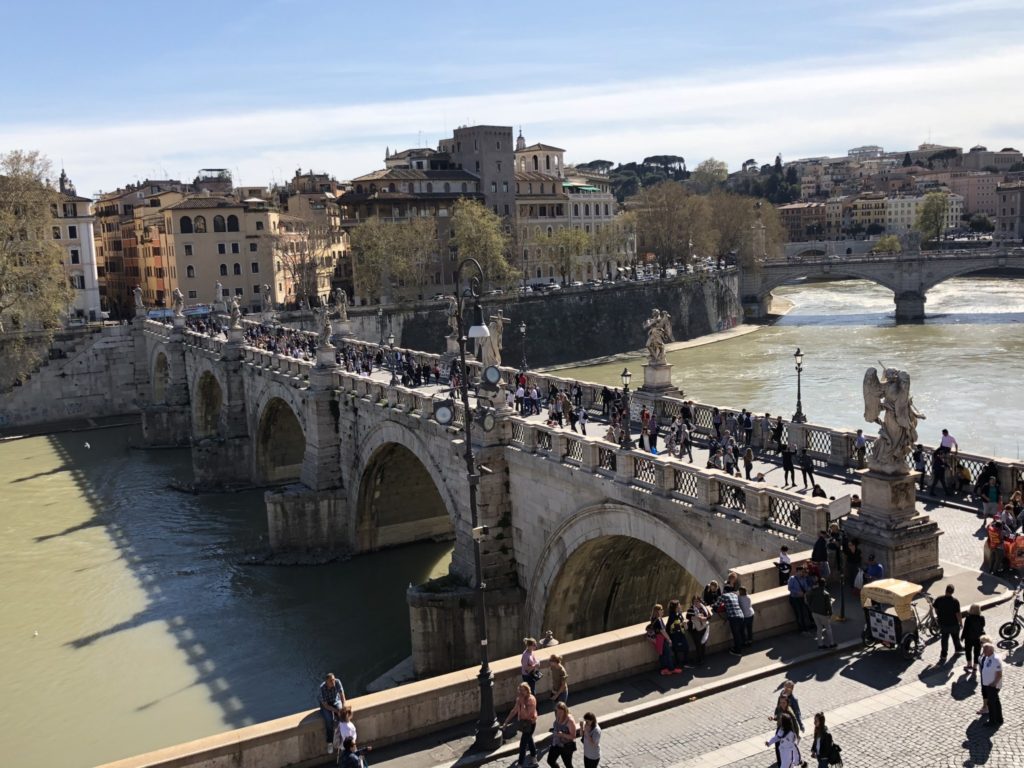 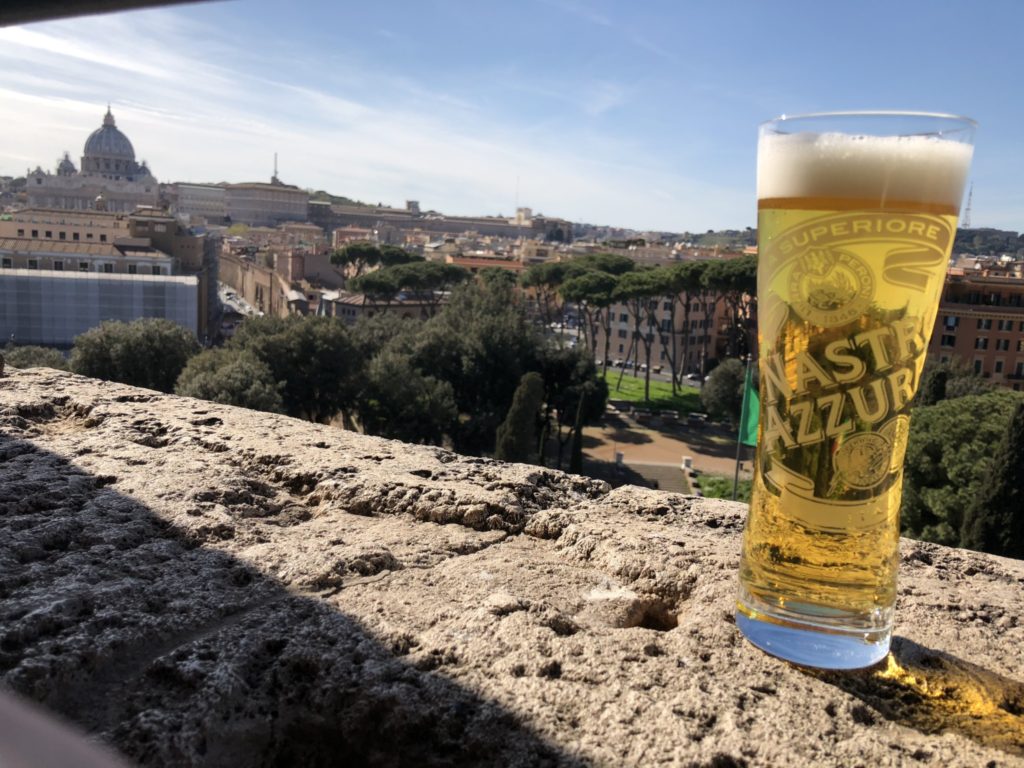 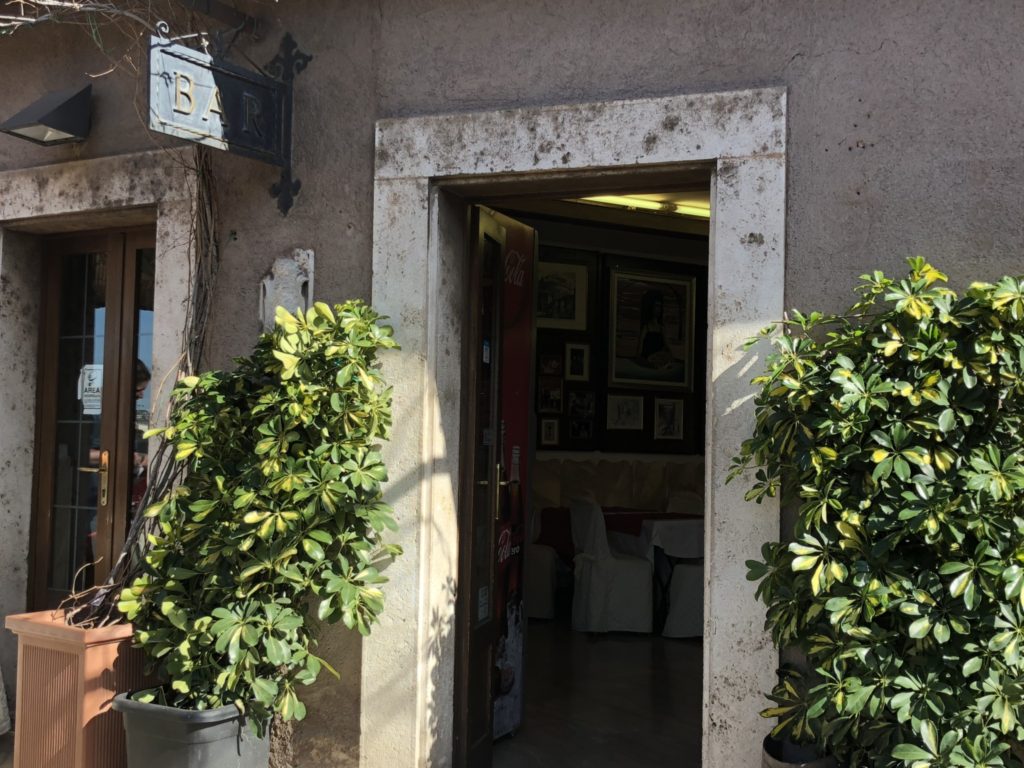 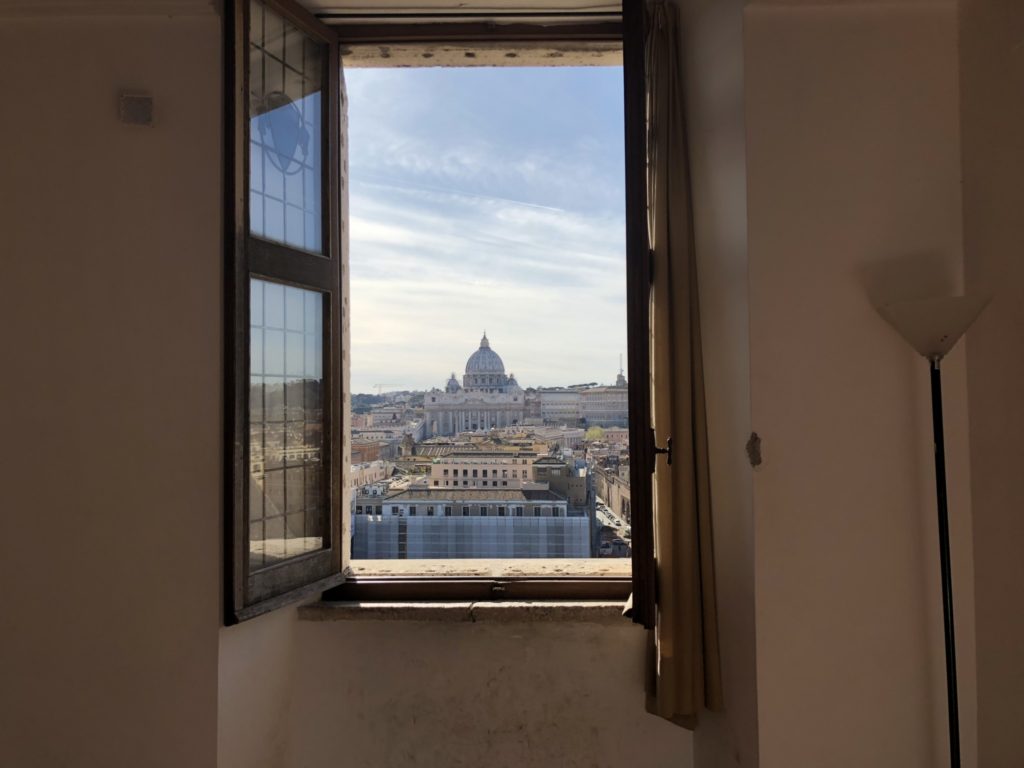 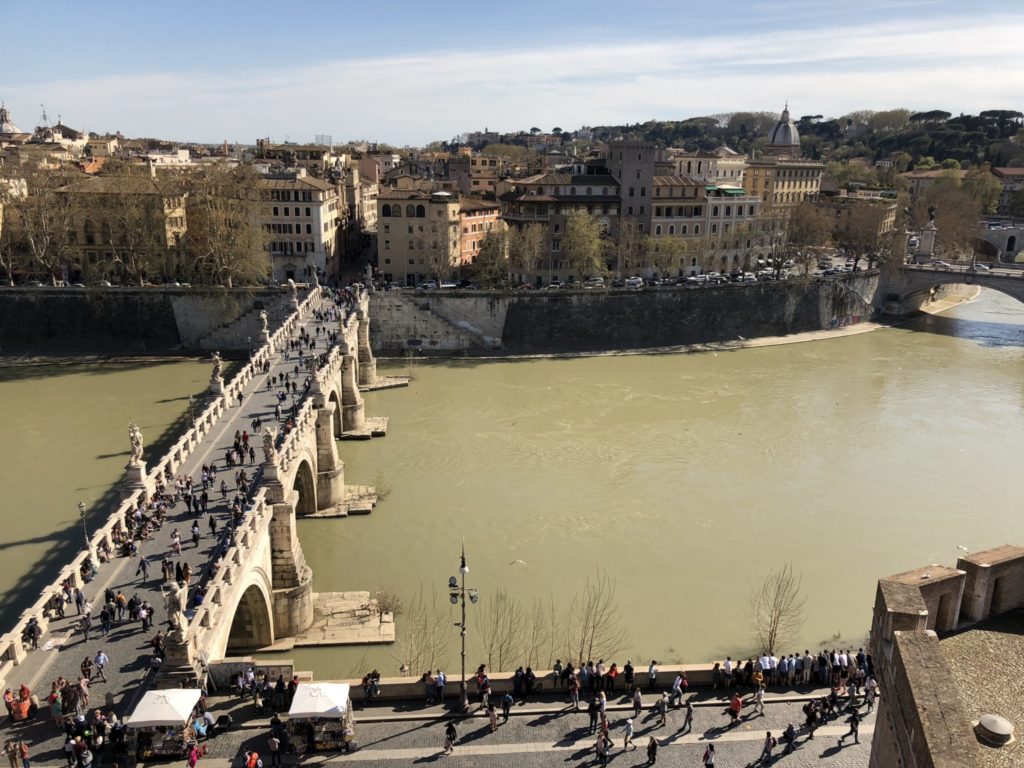 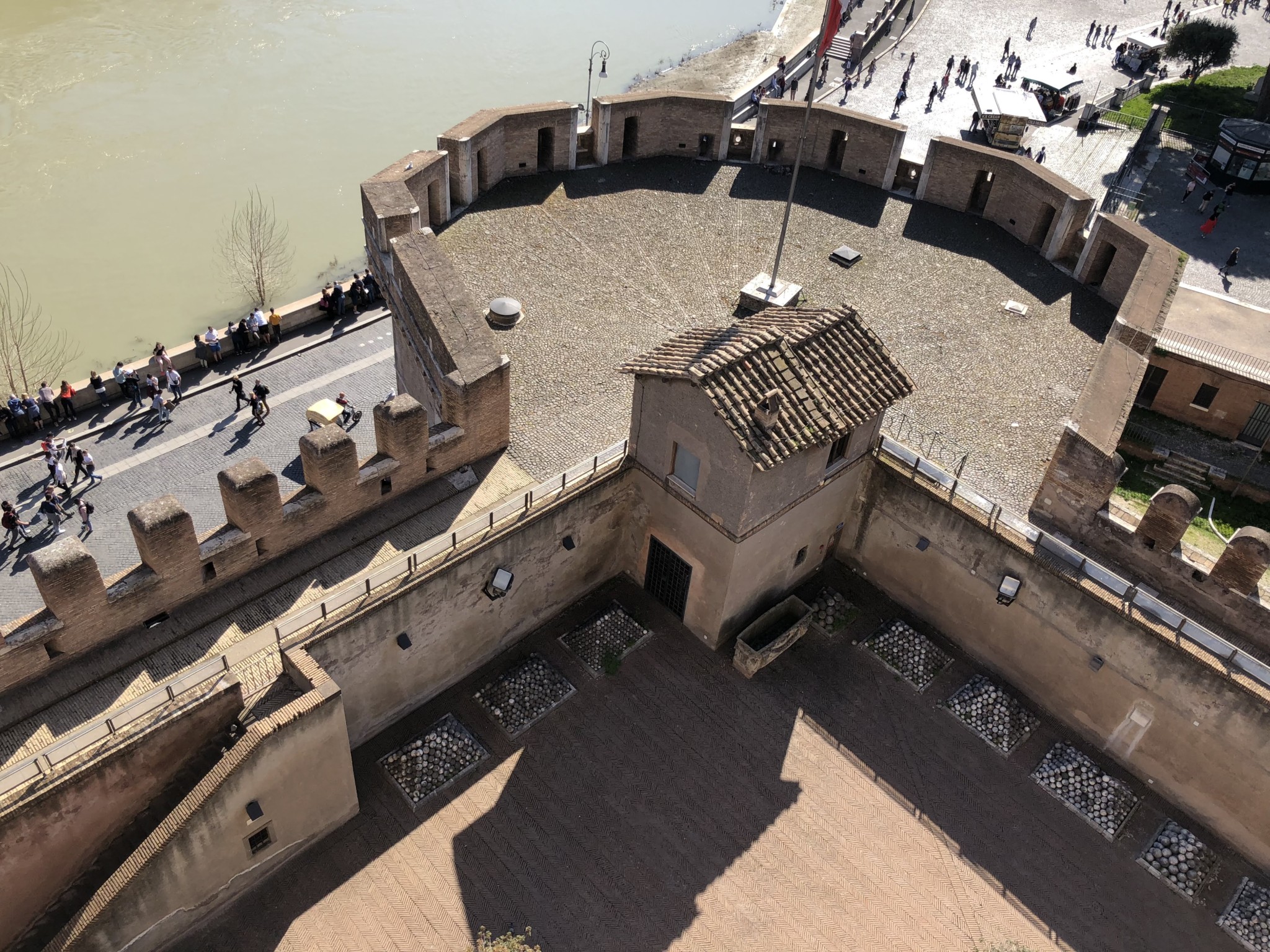 The best way to get your tickets to Castel Sant Angelo is to purchase the Roma Pass, but you can also purchase tickets at the door. Tickets should be around 10,50€ for adults and 7€ for EU citizens. 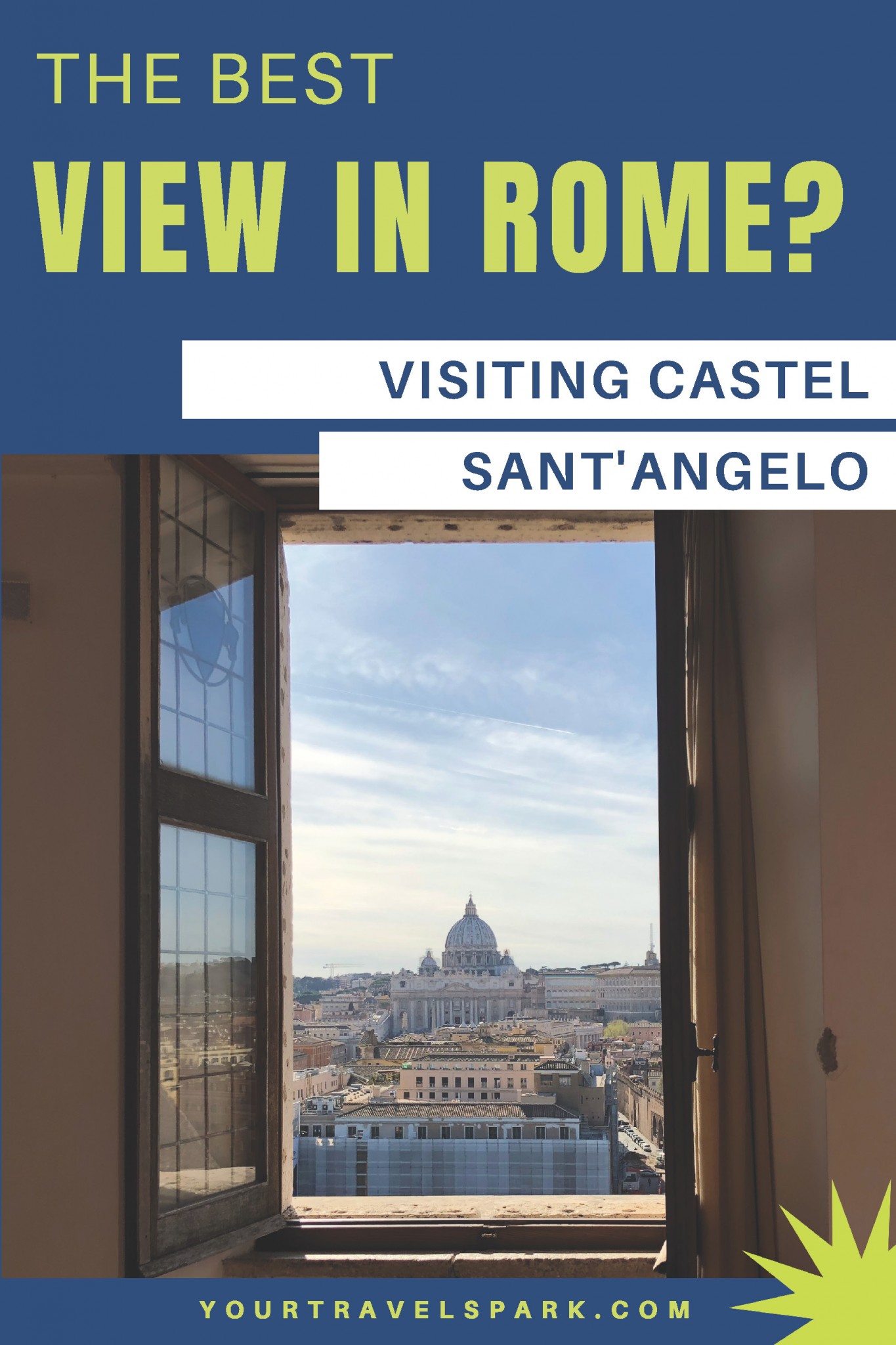 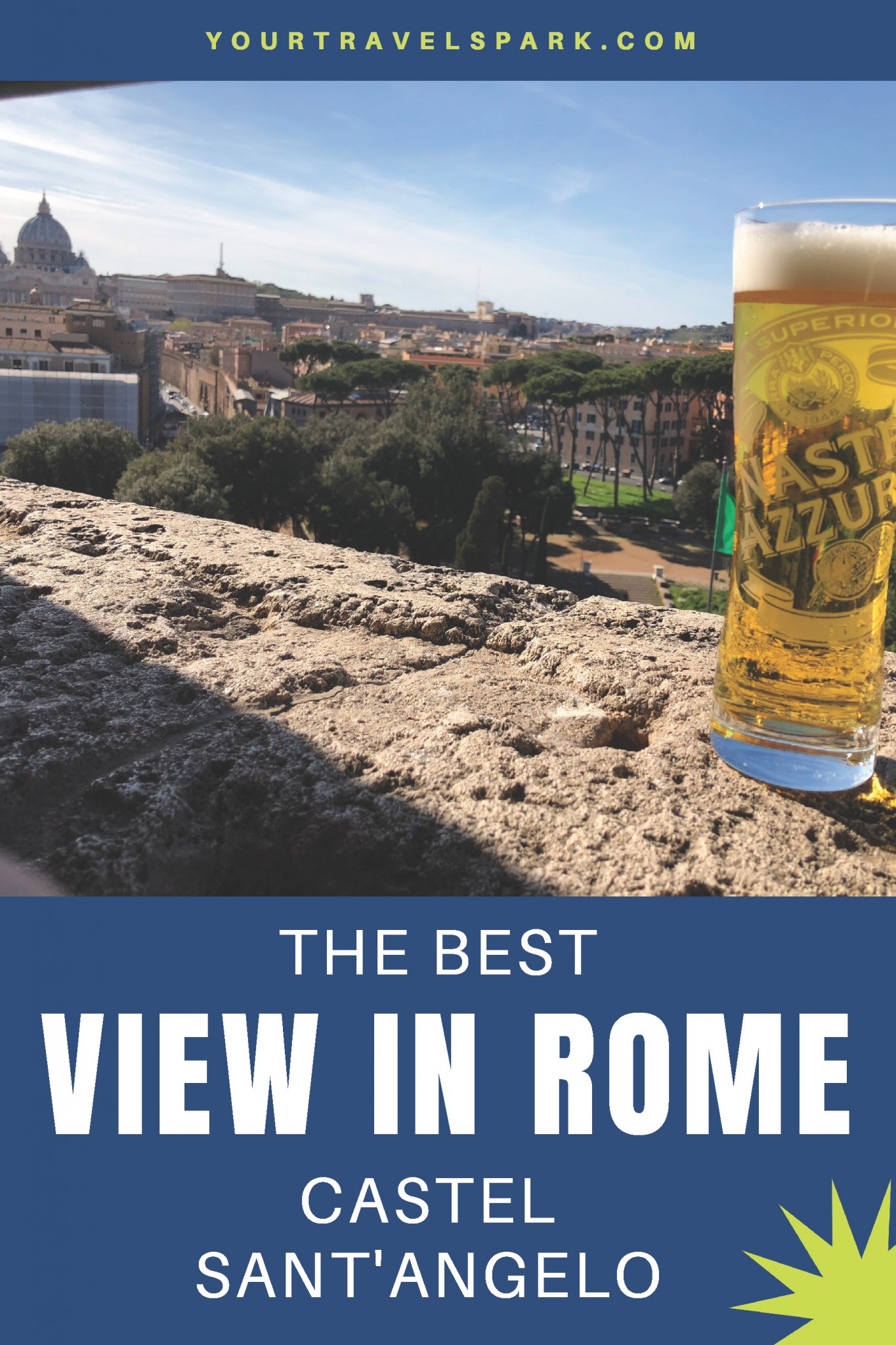 Visiting the Colosseum in Rome, Italy: Everything you need to know

Best Mutianyu Great Wall Tour: How to get to the Great Wall of China from Beijing

Will you need a visa to visit Europe? Not exactly.