The Leaning Tower of Pisa in Pisa, Italy is truly one of the world’s greatest wonders. But Pisa is so much more than the tower — so if you are in the area to visit the leaning tower, then you will want to make sure to see some of the other amazing things the area offers, including Marina di Pisa Beach and the rest of the Pisa complex.

History of the Leaning Tower of Pisa 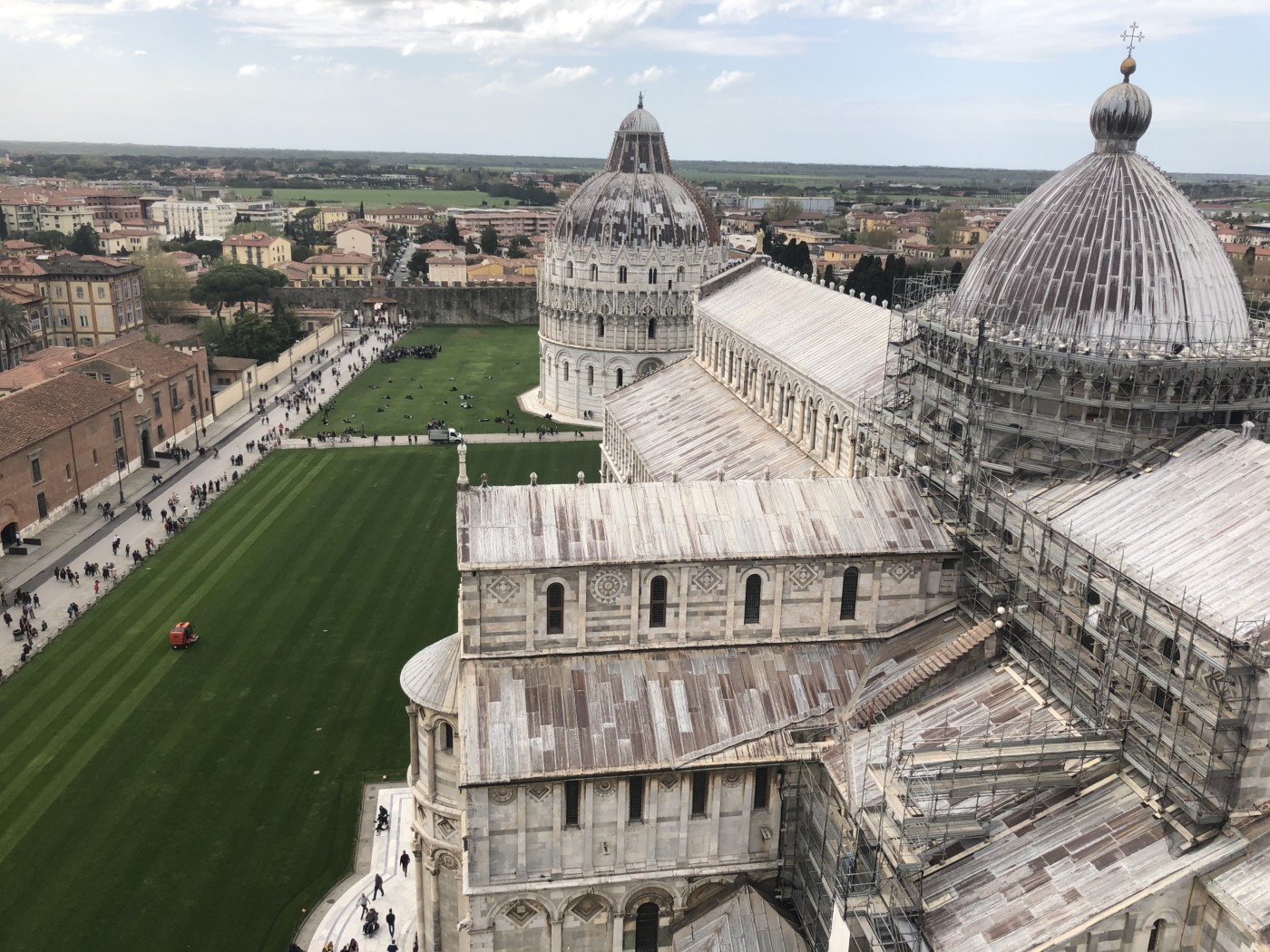 The Leaning Tower of Pisa began construction in the 12th century, and began leaning almost immediately. The tower was built on two different ground foundations, one of which was too soft to support the structure. When the structure was finished in the 14th century, the tilt had increased and was not fixed until efforts were made to correct the lean in the 20th and 21st century. Crews attempted again to make restorations in 1990 and 2001, which fixed the tower from a 5.5 degree lean to a 3.99 degree lean.

The Leaning Tower of Pisa 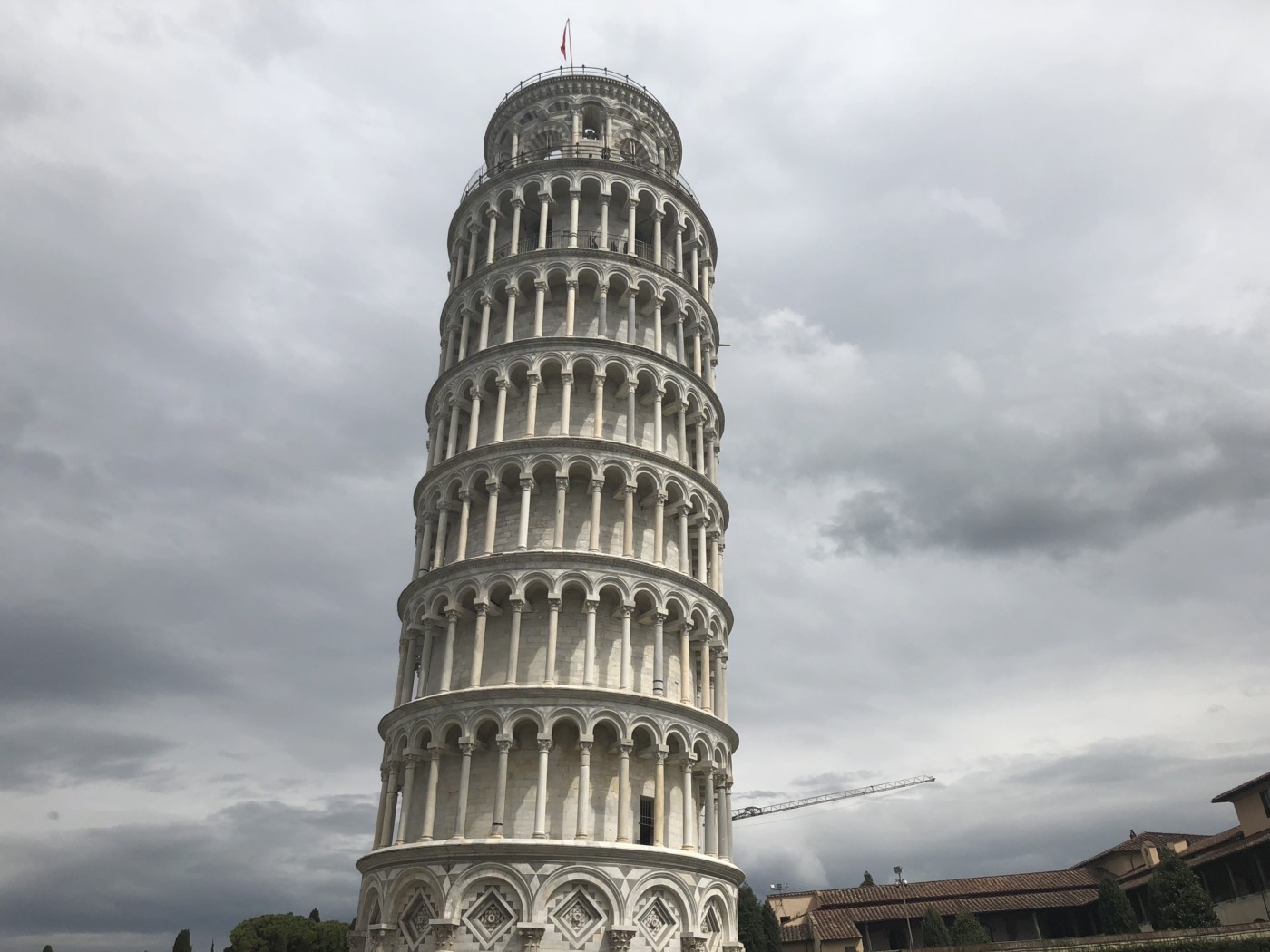 The tower has 296 or 294 steps, depending on whether you are going up for going down. When you climb the stairs, you will notice the staircase leans to one side, and the stairs are hundreds of years old and therefore very worn in. 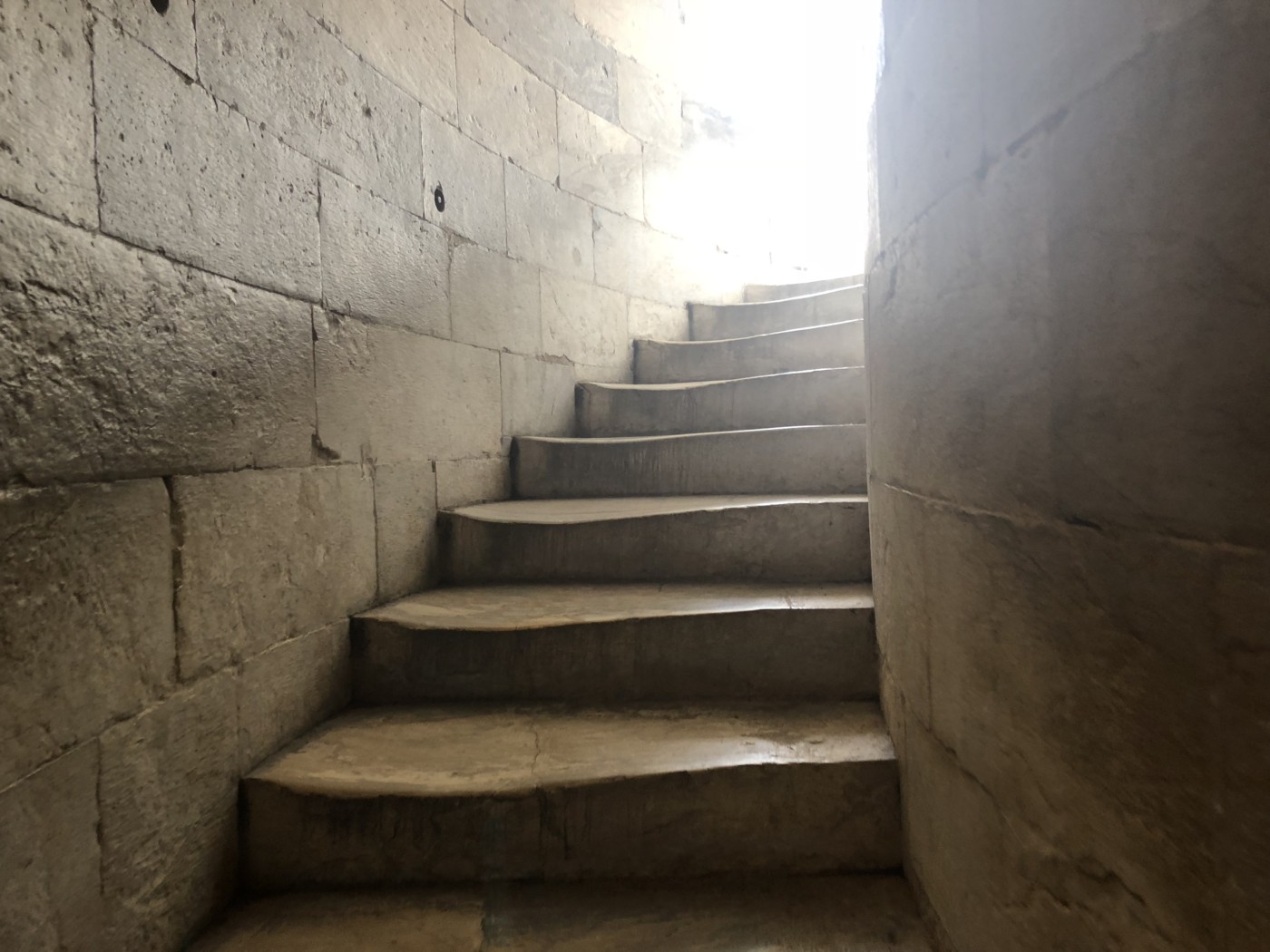 Although the climb is not incredibly difficult, it is also not for the faint of heart. The last staircase is a spiral and can get pretty claustrophobic, but once you get to the top, it is completely worth it.

To get your tickets, you will be directed to a building within the complex. They will also hold your bag there, as no bags are allowed up into the tower.

You can also purchase your tickets in advance here.

The building was built as part of a complex, and just because the tower is the most famous doesn’t mean the other pieces of the complex aren’t just as impressive.

The Leaning Tower of Pisa inside 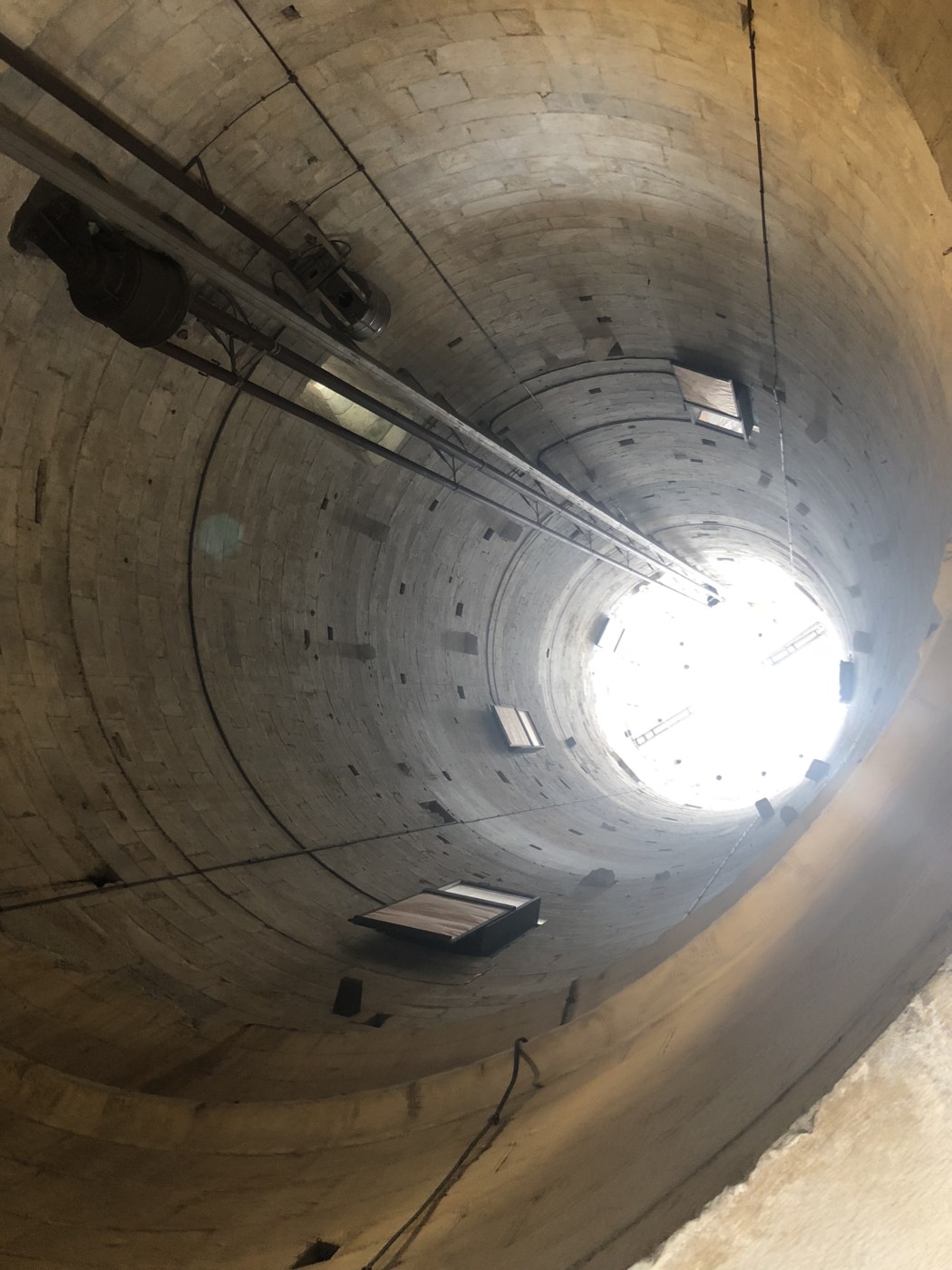 The Leaning Tower of Pisa is made from white marble, and the inside is mainly hollow. During the time of building, Italy was a powerful country in the world and many of the materials came from all over the world, including around the Mediterranean sea, Africa, Greece, and Turkey.

To get to Pisa from Florence 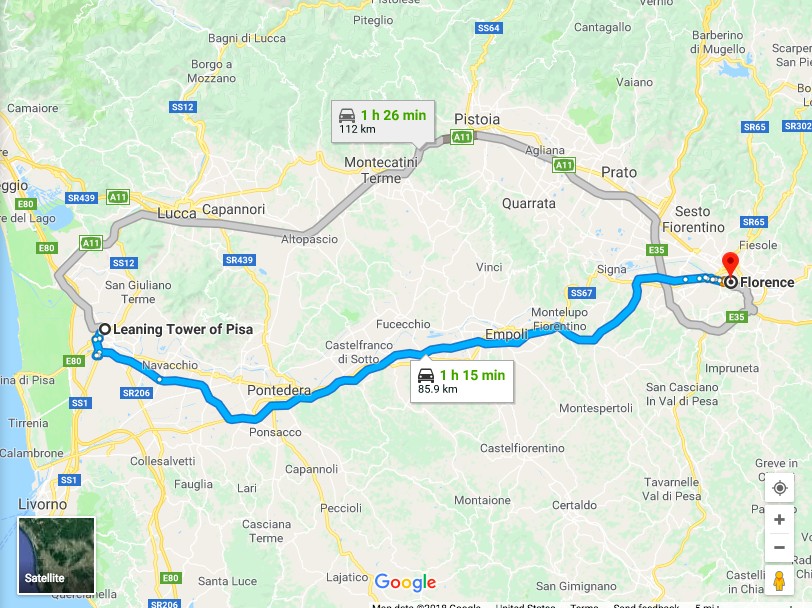 When we visited Pisa, it was as a day trip from Florence, and it was only around an hour to get there. It took much longer to get back, but it was because we took a very roundabout road trip through the Tuscan countryside, something I would very much recommend.

To get from Florence to Pisa, take the SGC Firenze – Pisa – Livorno Highway. You can take this road nearly the entire trip.

Parking at the Leaning Tower

There are plenty of parking lots near the tower complex, if you use your Google Maps they can point them out for you. We parked less than a block from the tower, and paid $6 an hour. Don’t stress too much about finding something, it’s a small town and there is plenty of parking. 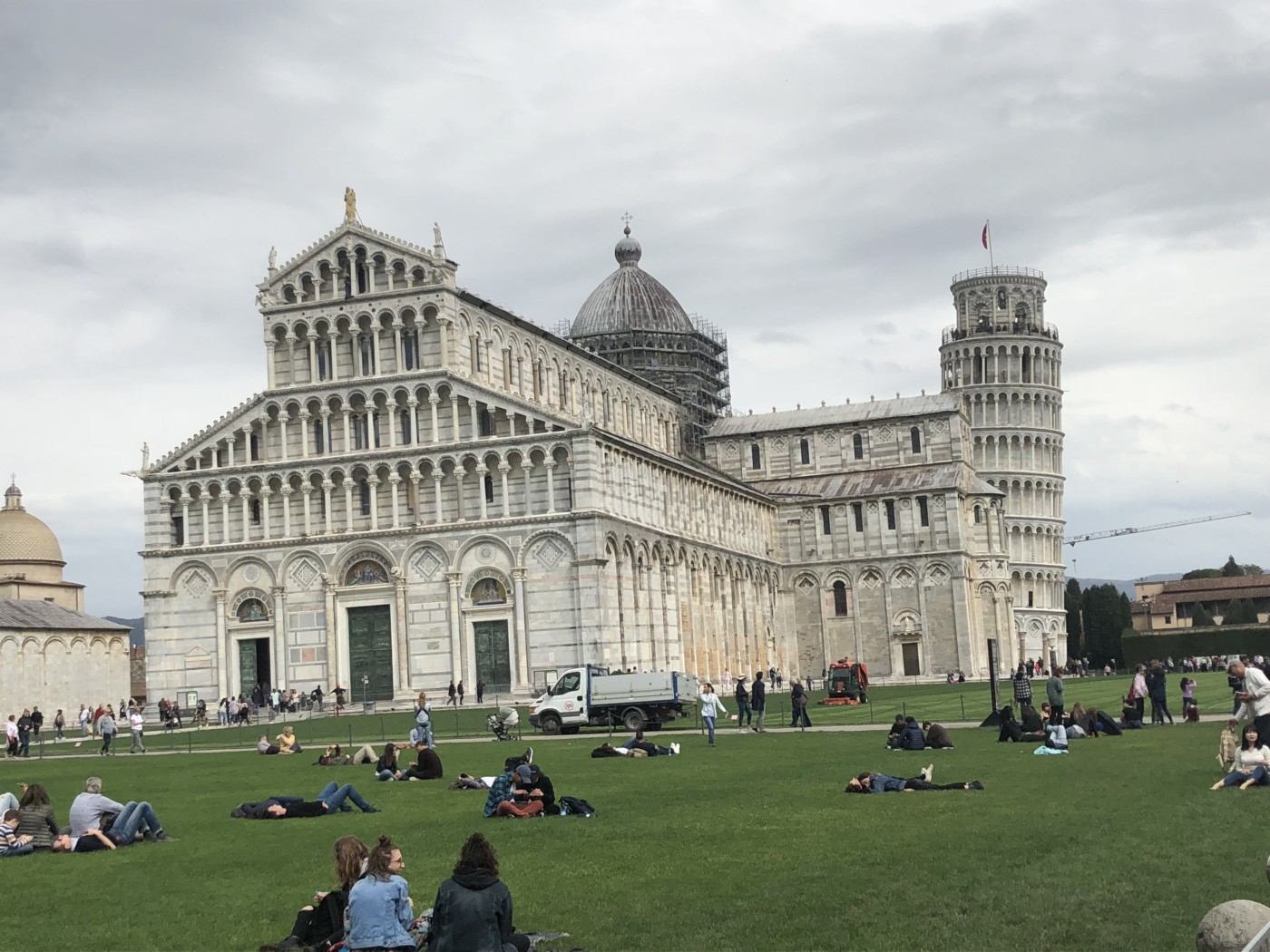 The Pisa complex, also known as the Piazza dei Miracoli or Piazza del Duomo, includes the Leaning Tower of Pisa and the Pisa Cathedral, with its beautiful duomo.

Book a guided walking tour of the Leaning Tower of Pisa and Pisa Cathedral.

The Pisa Cathedral and Dome

The Pisa Cathedral began construction in the 11th century, in the same year that St. Mark’s Cathedral in Venice — almost as a “space race” between the two cities. Both wanted to show their worth, and their places of worship was a great way to compete.

Recommended: Looking to take a road trip through Tuscany? Research your trip with this helpful guide

The Pisa Cathedral’s dome is elliptical and is made from marble, bronze, and mosaics.

The entire complex at Piazza dei Miracoli is an amazing site to see, and it is worth going into the cathedral after you climb the tower. 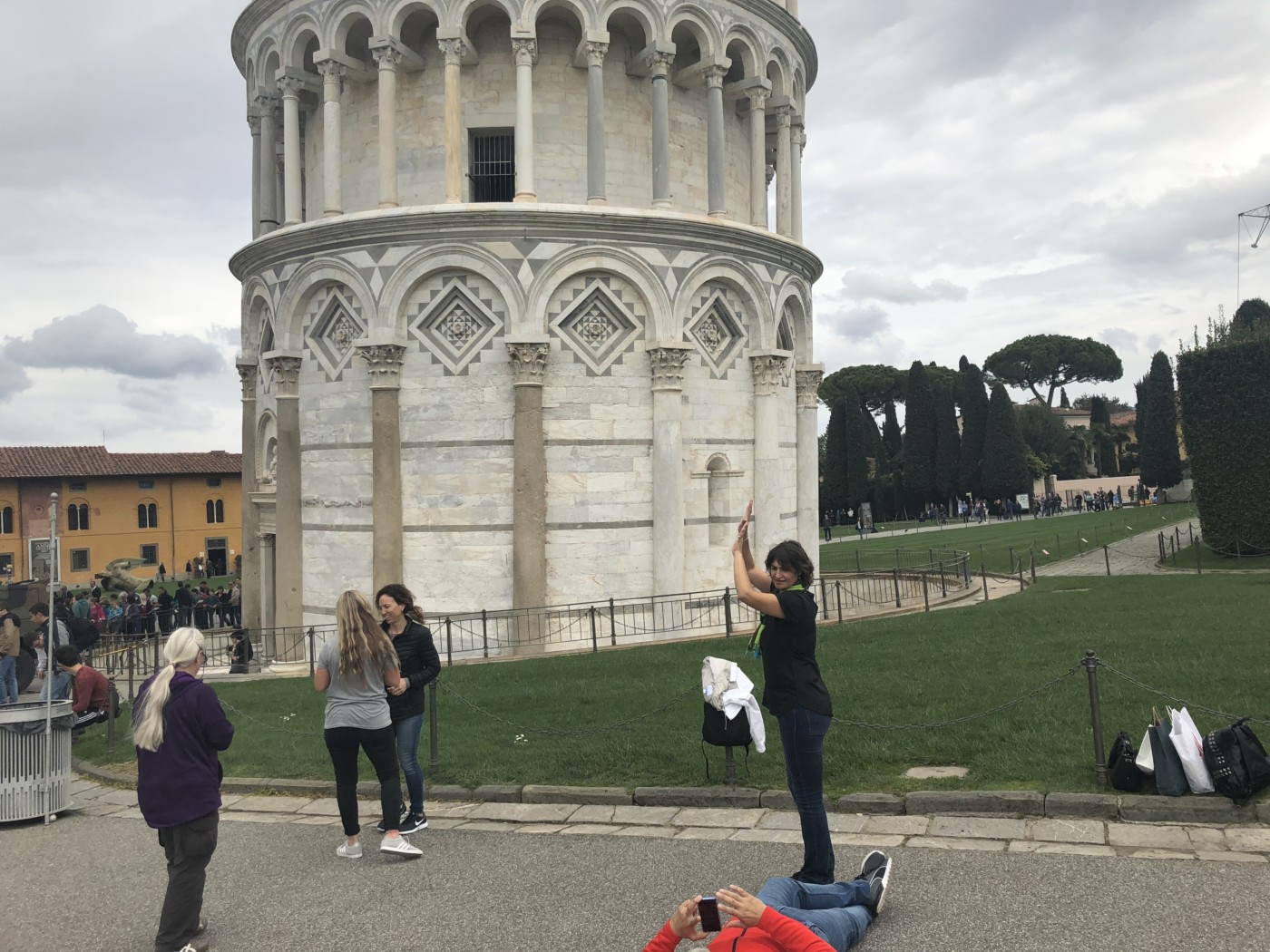 Don’t be that guy. Except everyone there is that guy. Understandably, the Pisa complex is overrun with tourists most the year — and every single one feels the need to take the same photo.

Recommended: How to Spend One Day in Bologna

So, if you want to do it, then do it, and don’t be ashamed. It may not be original, but your friends at home may think it is. 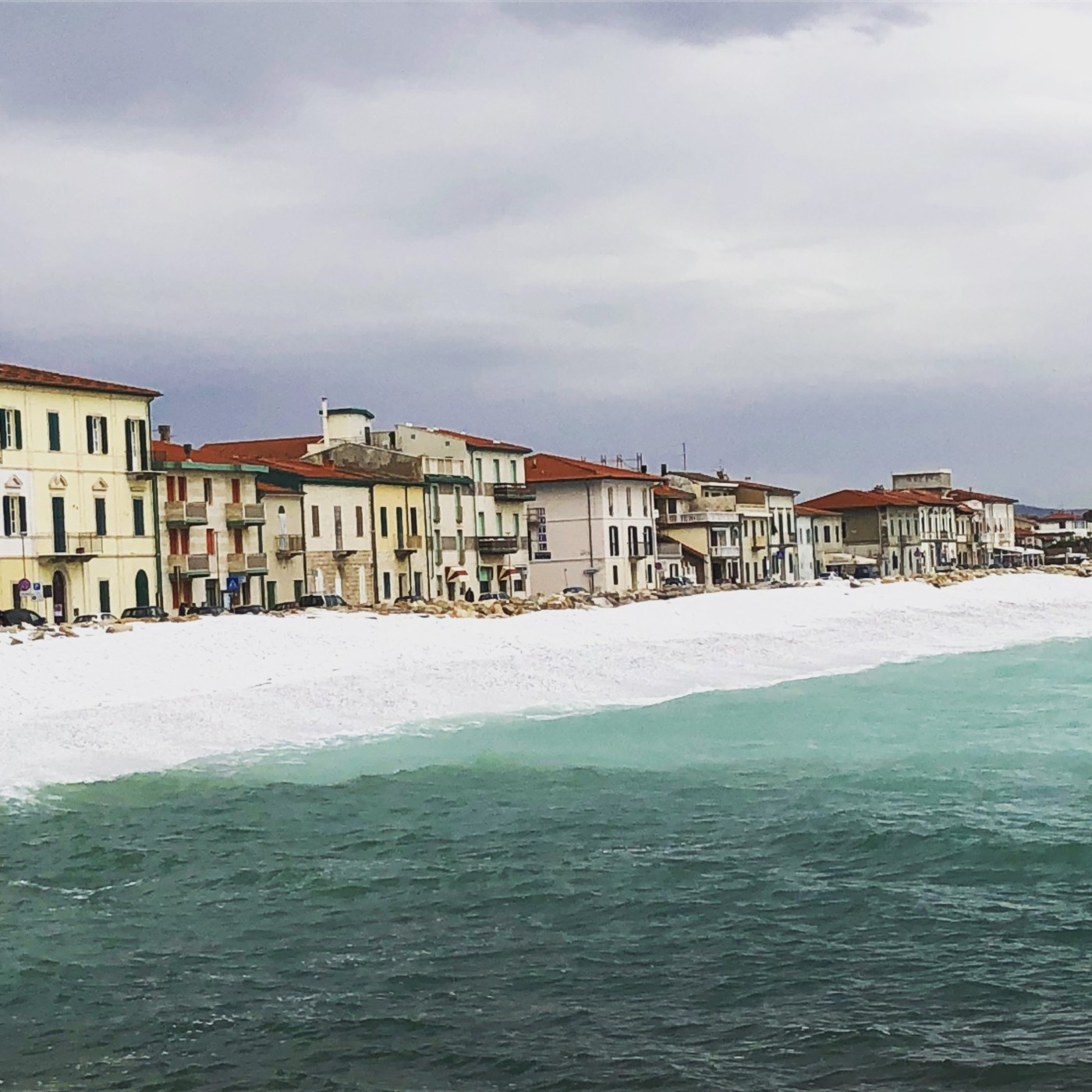 Although more than a million people visit the Leaning Tower of Pisa each year, not everyone thinks to explore the region. However, if you are in the area, the Marina di Pisa Beach is a must see.

Recommended: Make the Most of Day Trip to Pisa with Small Kids

The water is clear green and blue, and the beach is white. However, although the beach looks like white sand, it is actually white rock, and therefore not incredibly conducive to suntanning.

But if you are looking for a photo opportunity, Marina di Pisa may be one of the most beautiful beaches in the country. How to get to Marina di Pisa from the Pisa complex 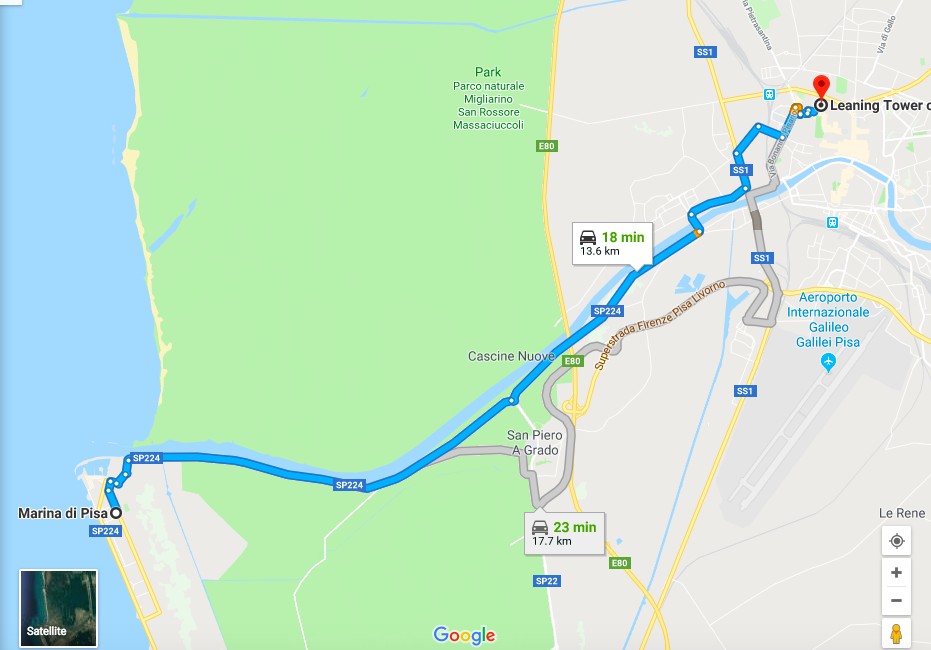 It is around 20 minutes to drive from the Leaning Tower of Pisa to the Marina di Pisa beach. You will get right back on the freeway, SP 227, and follow the river down to the Mediterranean Sea coast.

If you’d prefer to take a tour from Florence, you can book here.

Whether you plan to stay the night in Pisa or are just there on a day trip, enjoy your time. Although there is not much to do in town besides the obvious, it is a beautiful area and well-worth exploring. 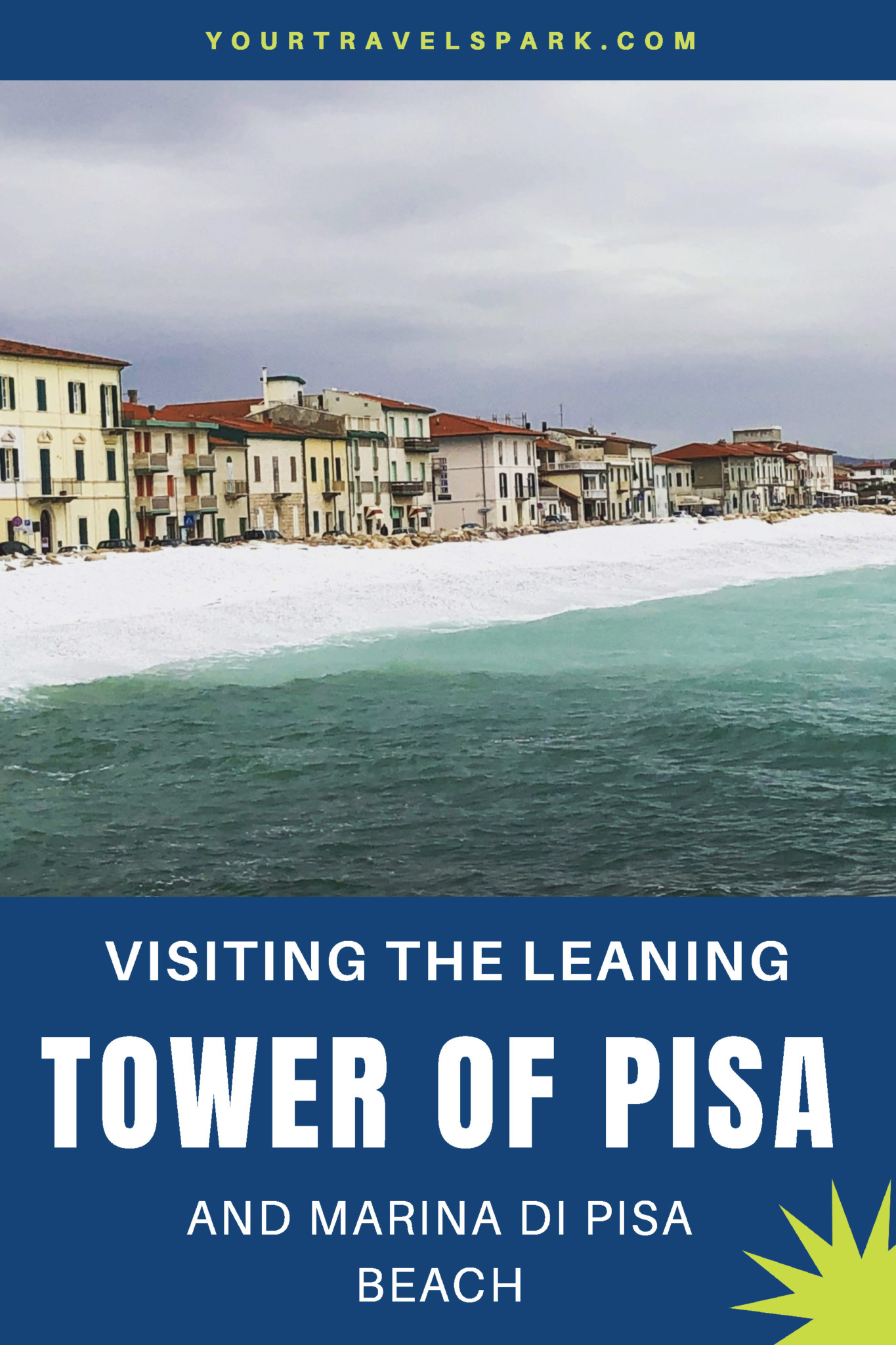 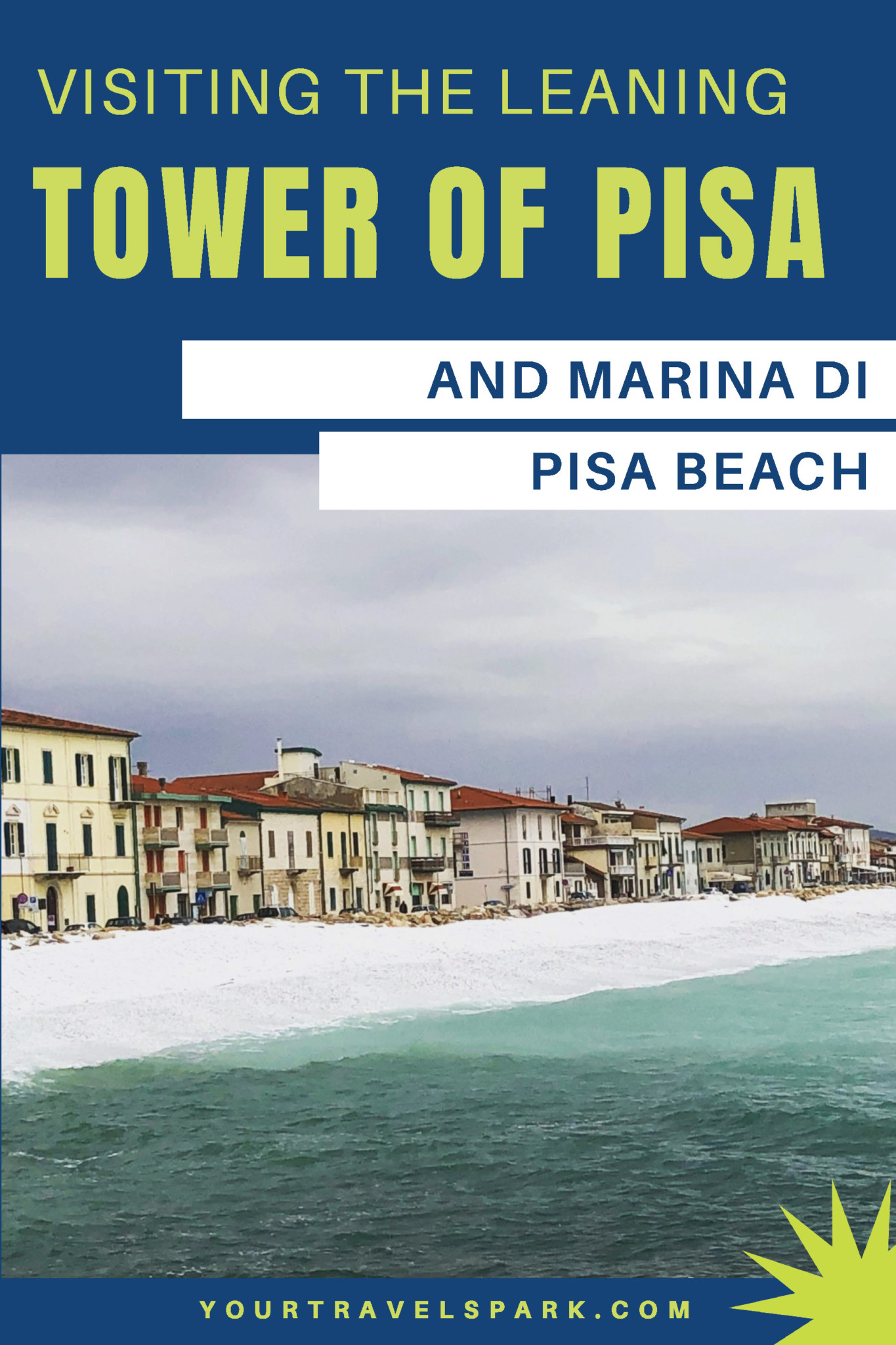 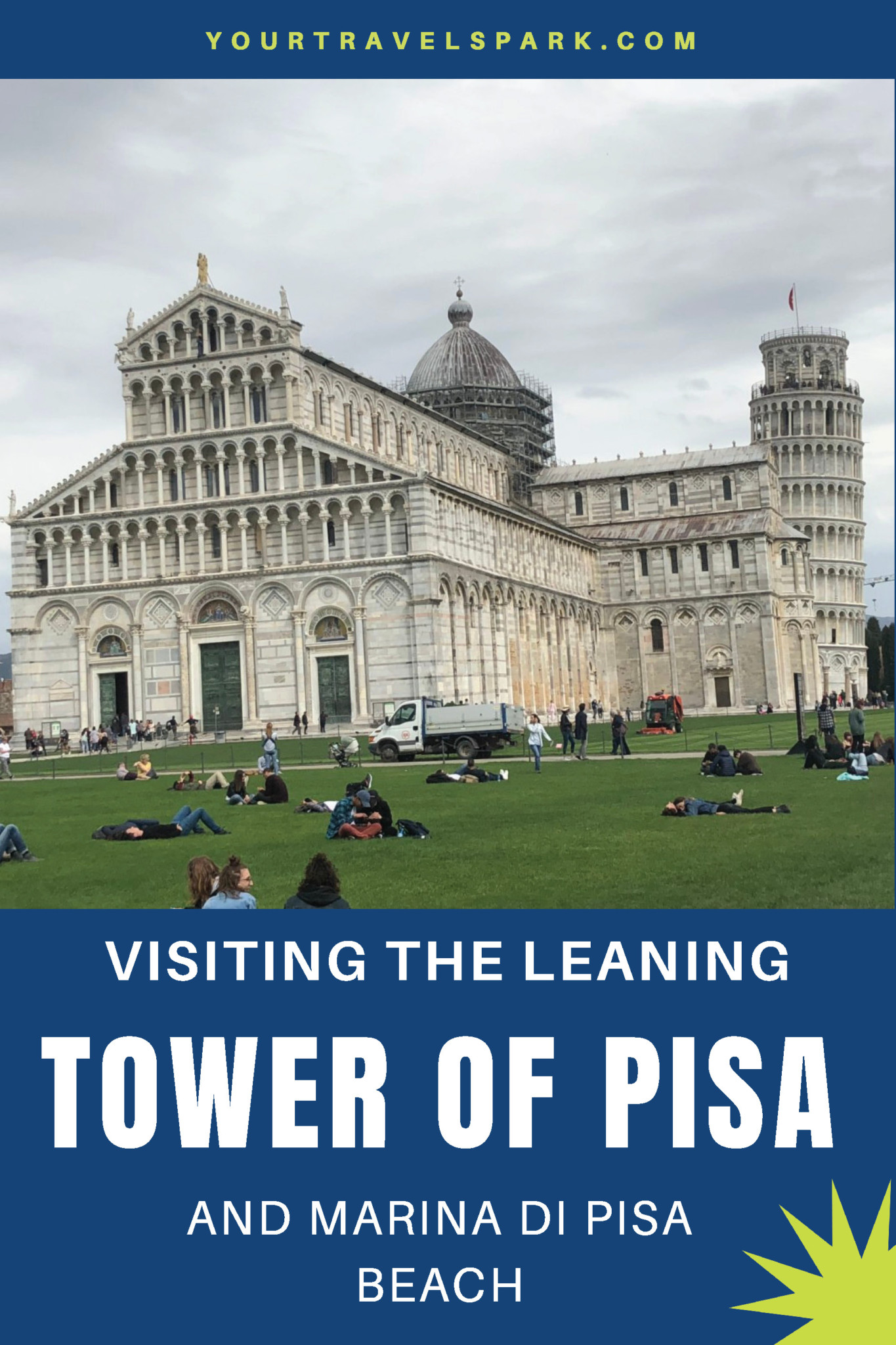 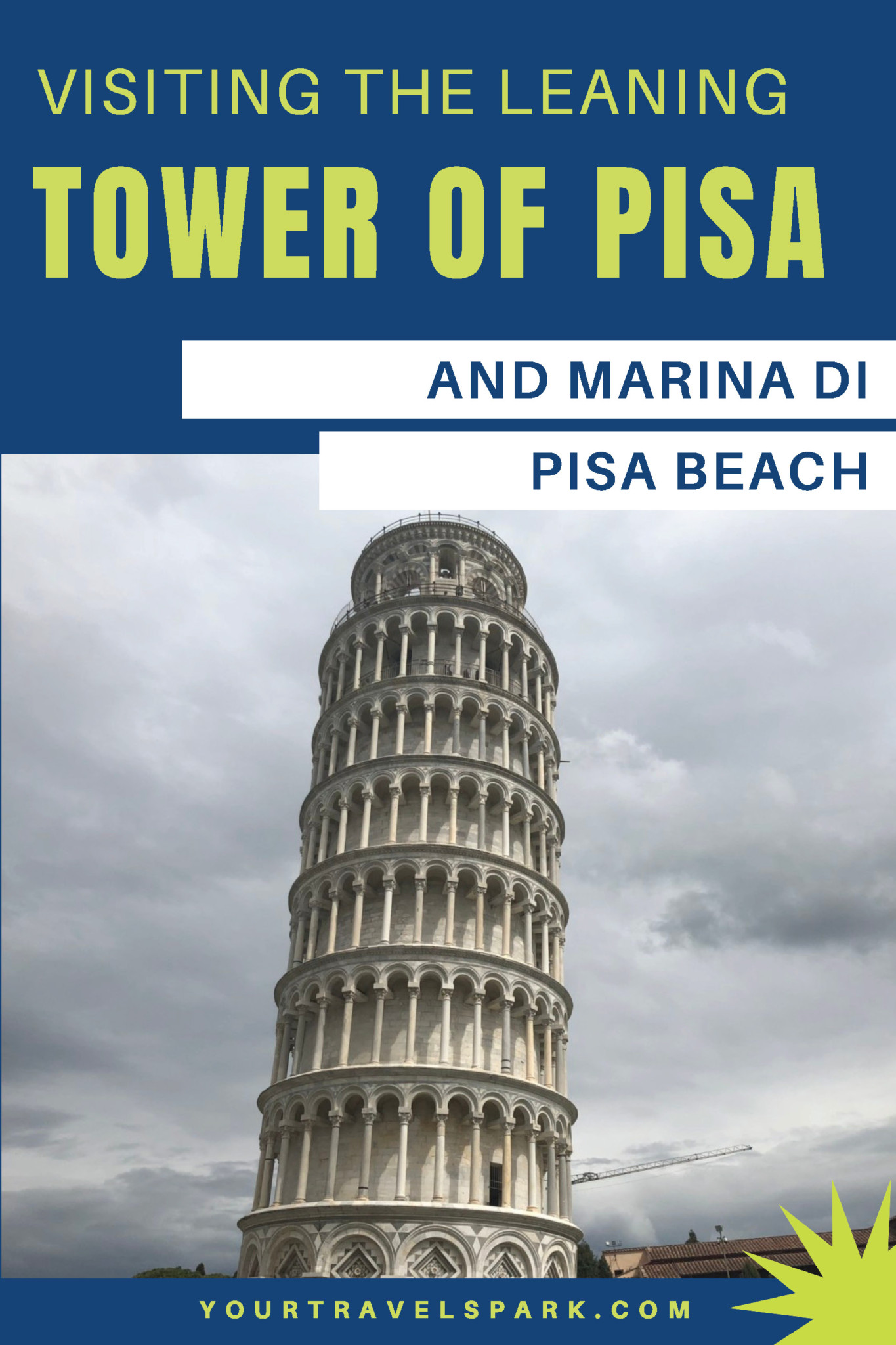