Nashville is a fun place to go to party, for work, or if you’re a fan of country music. But the city has so much more than just drinking and music, and the Parthenon in Nashville, Tennesse is one of our favorite things to visit.

The building is actually a full-size replica of the original Parthenon in Athens, Greece. If you didn’t know it was there, you wouldn’t think to visit the building while in Nashville. However, if you are visiting Vanderbilt University or have done some research on non-music related places to visit, it is a must-see.

The tickets were reasonable and the wait was very short.

History & The Building
Athena
How to Get There

The History & Building of the Parthenon in Nashville

The Parthenon was first built in 1897 for the Centennial Exposition, and is a replica of the Parthenon in Greece. According to Nashville Parks and Recreation, the building “serves as a monument to what is considered the pinnacle of classical architecture.”

Recommended:What You Could Get in Nashville for $10

Nashville’s Parthenon is also the Nashville Art Museum, with 63 paintings by 19th and 20th-century artists as well as temporary exhibits.

The original Athena status at the Parthenon in Athens is gold and ivory sculpture, and the replica in Nashville is one of many replicas around the world. The statue was created by Alan LeQuire, a Nashville native and was placed in the Nashville Parthenon in 1990.

The replica of Athena in the Parthenon in Nashville is made of composite gypsum cement and fiberglass, with aluminum and steel added.

The Athena statue in Nashville is 41 feet, 10 inches tall, and was gilded with gold leaf in 2002. Previous to that, she was a white statue.

How to Get There

You can get to the Parthenon in many ways: by car, by bus, by Uber, or by bicycle.

From downtown Nashville to the Parthenon:

If you are on a bicyle, there are numerous ways you can go to get there. If you are a visitor to Nashville, there are rental bicycles all over the city.

From Vanderbilt University to the Parthenon:

To get to the Parthenon in Nashville from Vanderbilt University, walking may be your best best. The walk is less than a mile and seems right across the street. Plus, you get to see the entire park, which is a beautiful walk. 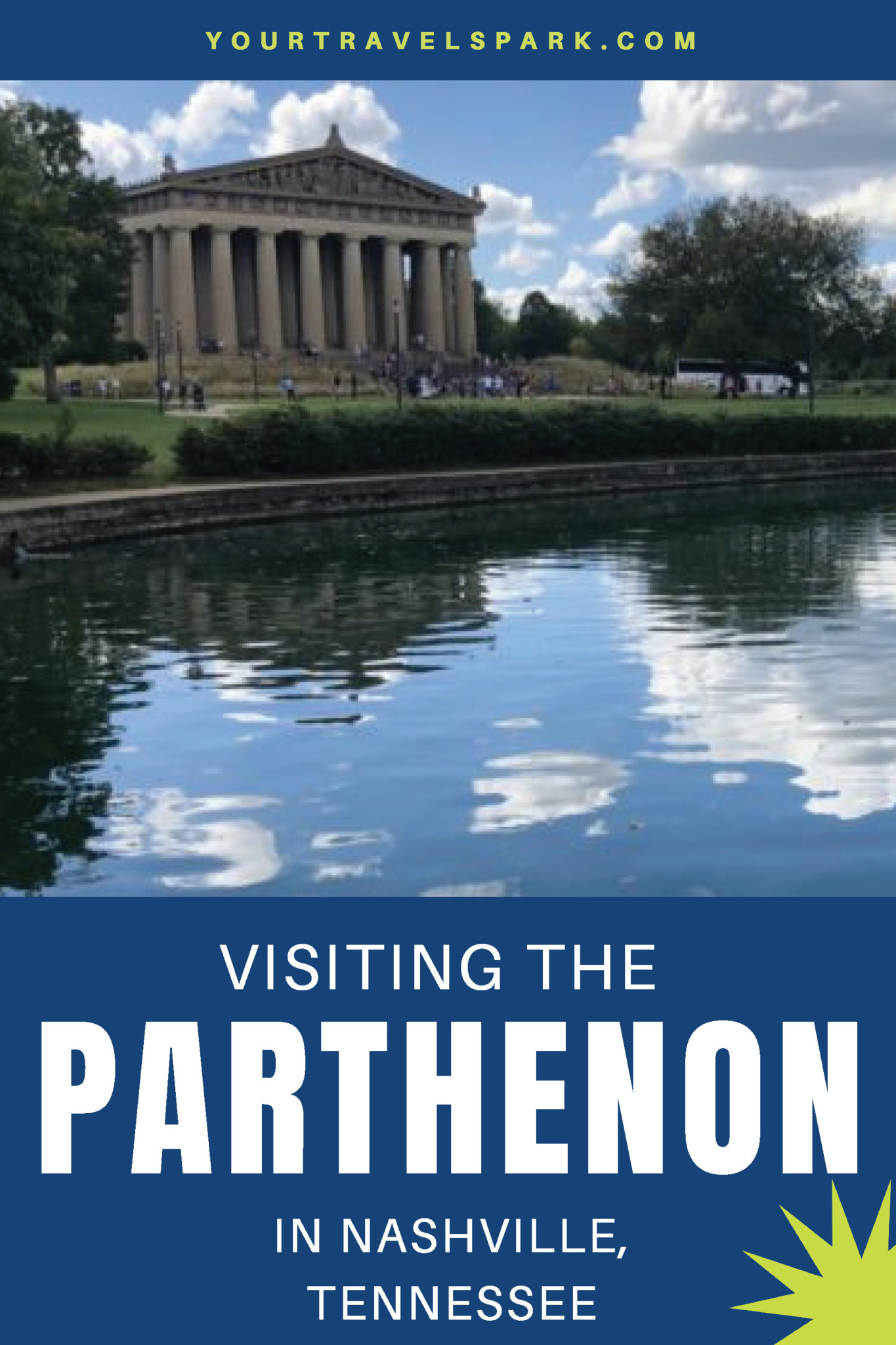 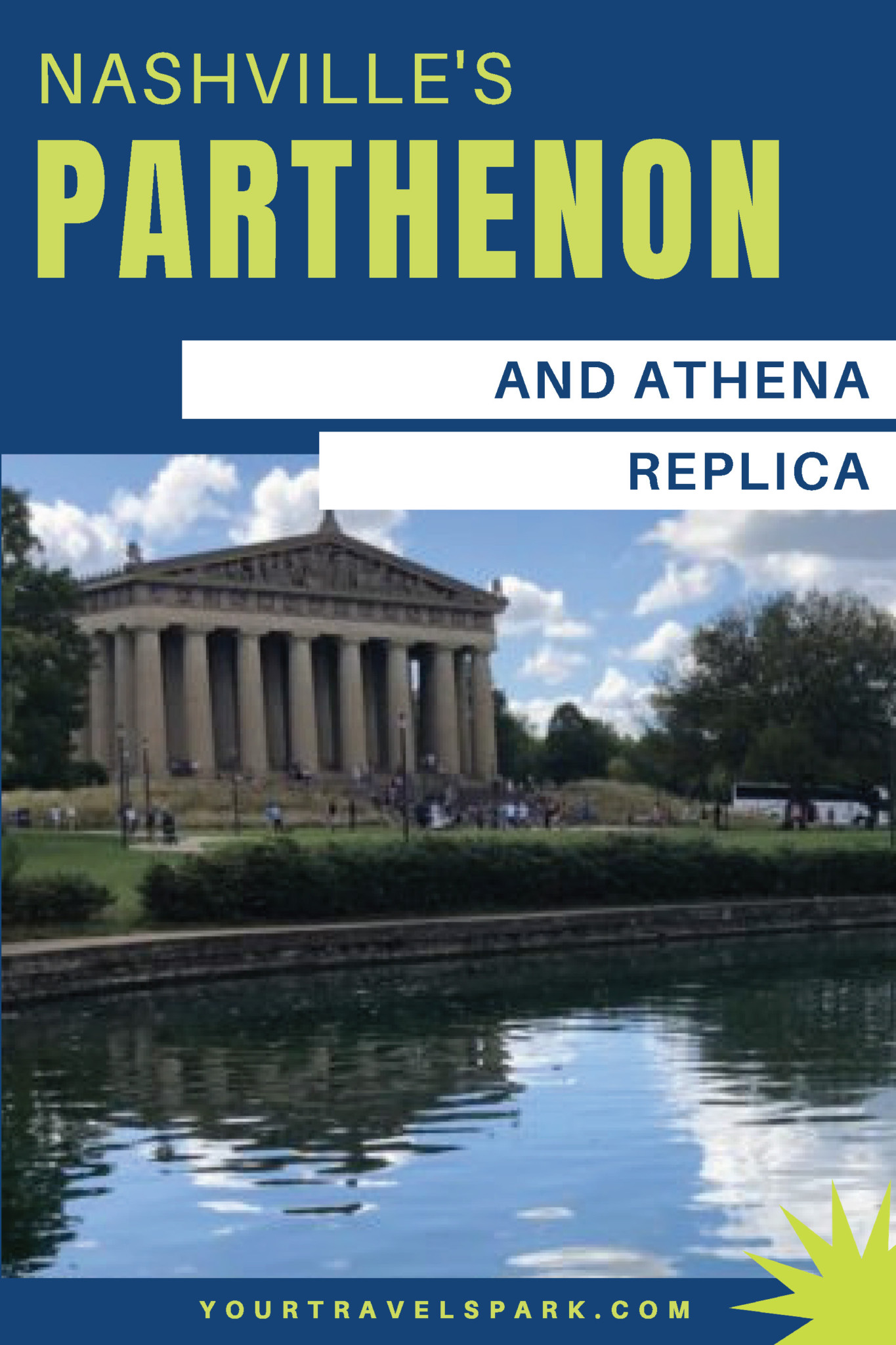 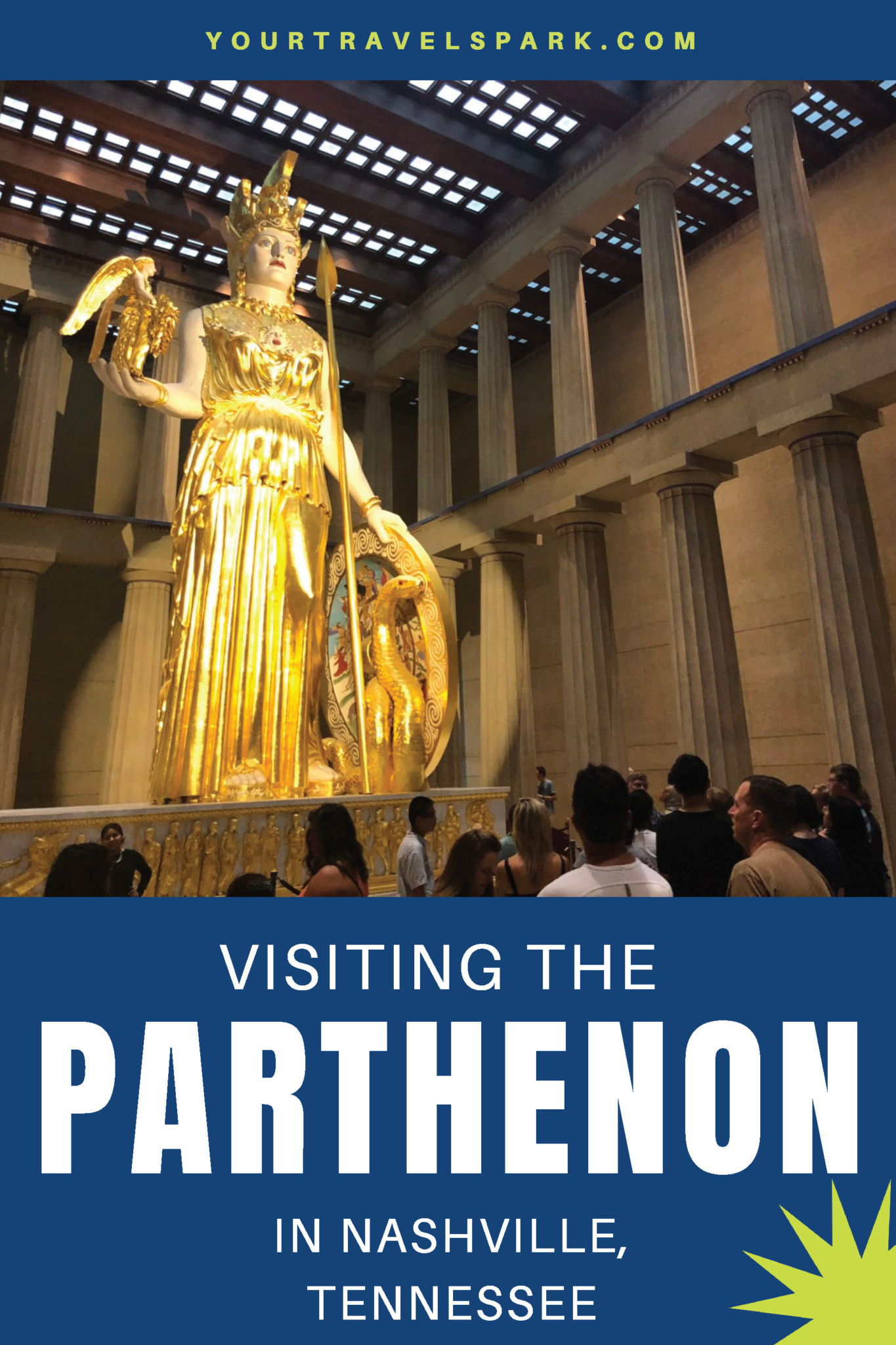 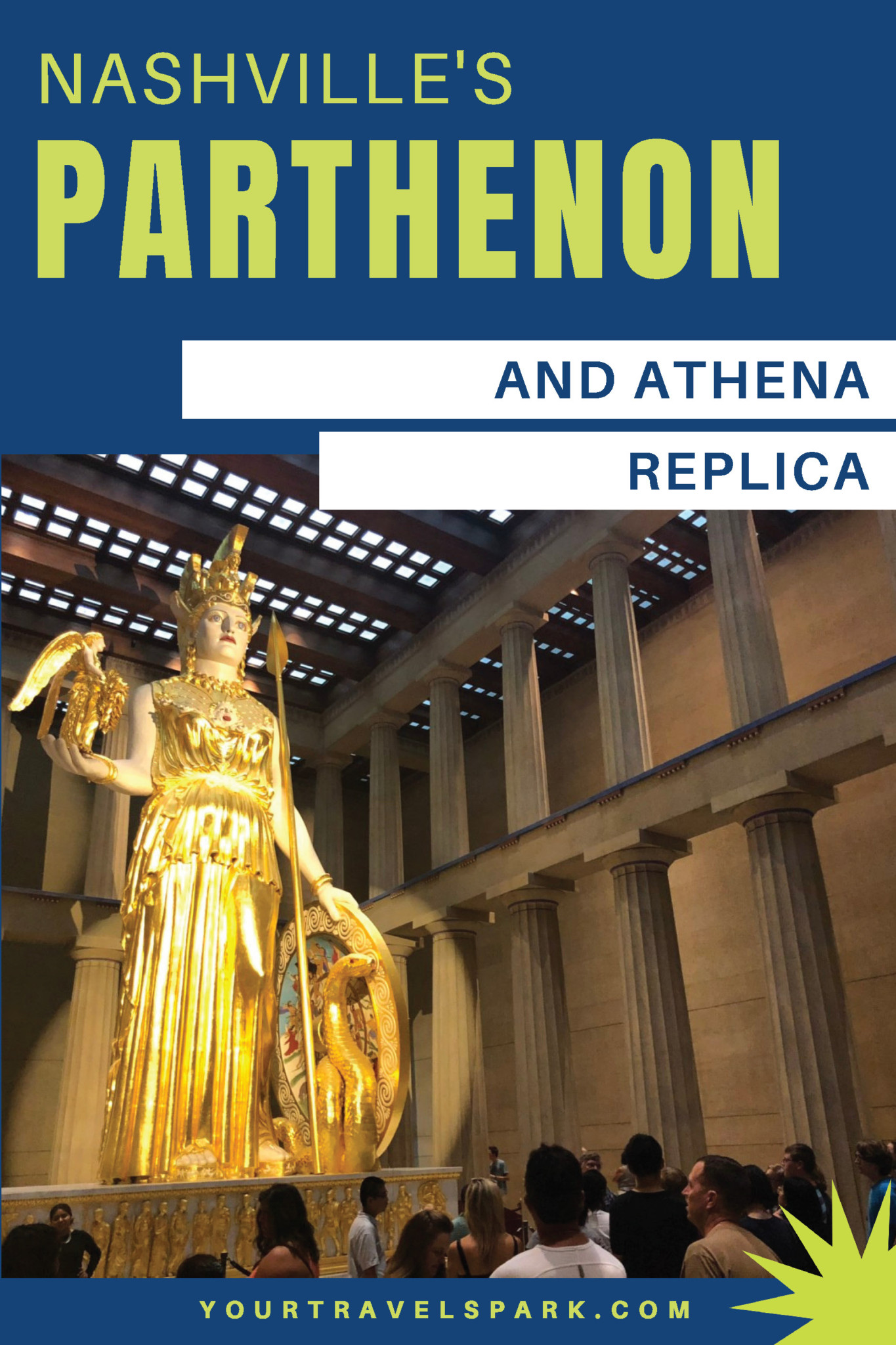