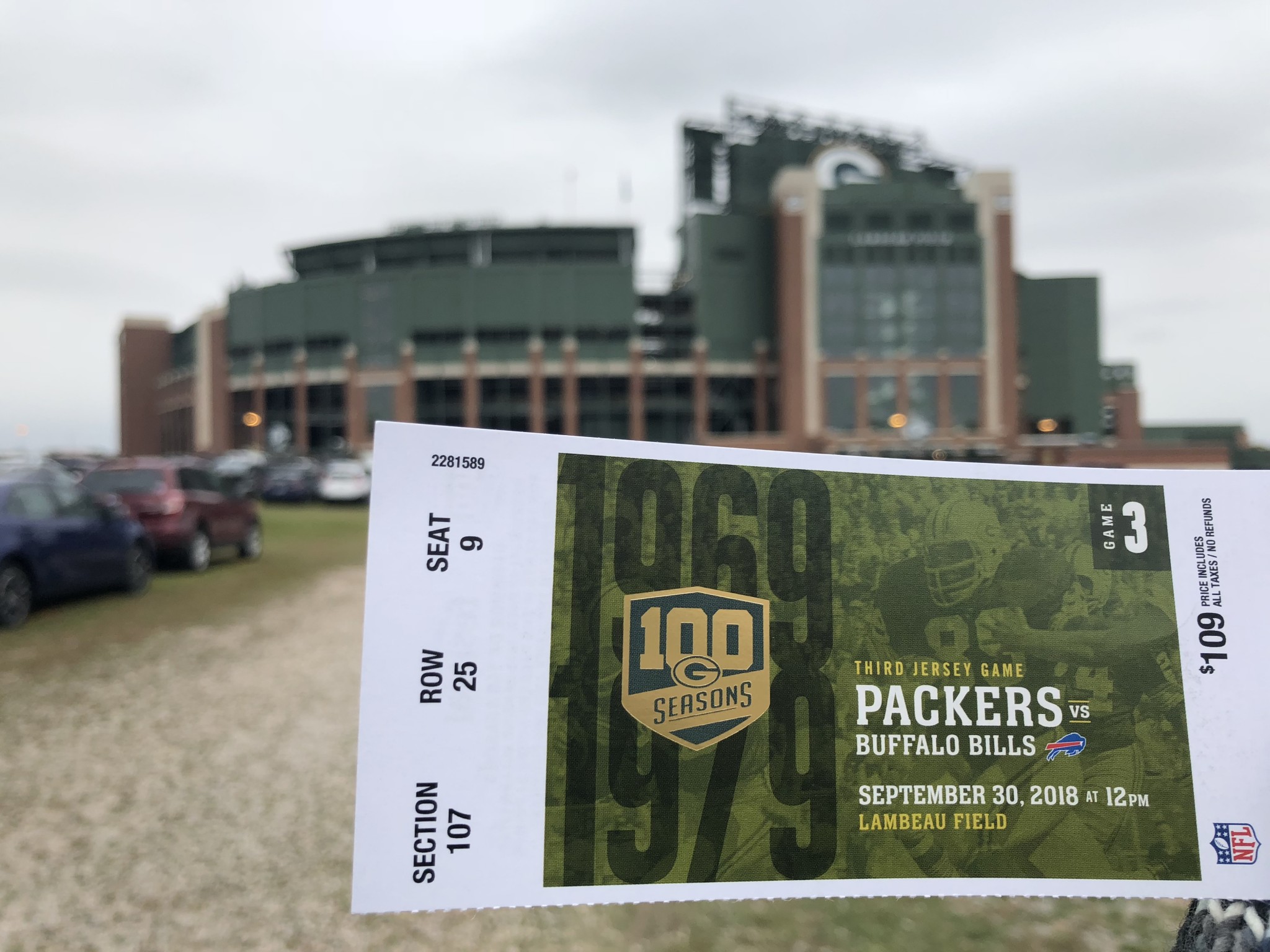 Green Bay, Wisconsin is known mostly for the Green Bay Packers, but the city holds so much more. The history of the team resonates throughout the town, but there is also nature, food, and plenty of activities. It makes a great day trip from Milwaukee, Chicago, or even Minneapolis. So whether you are visiting for a game, or just to explore Northern Wisconsin, Green Bay is a great place to explore. Here are our top things to do in Green Bay this weekend. 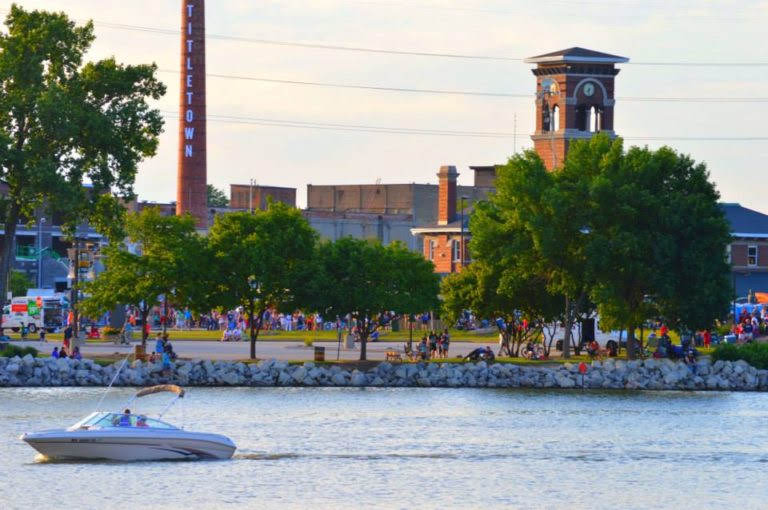 Titletown Brewing is not only a staple in the Green Bay area, it is history. Located inside a retired train station, the building itself is worth the visit.

They also recently built a brewery across the street, as well as a tasting room. Because of the height of that building, it has become a great place to be able to view the entire city from its decks.

The brewery is worth a visit for the history of the building, but also the amazing food and beer. Try the poutine, it’s my favorite! And make sure to try a sampling of their beer, it’s some of the best in Wisconsin. 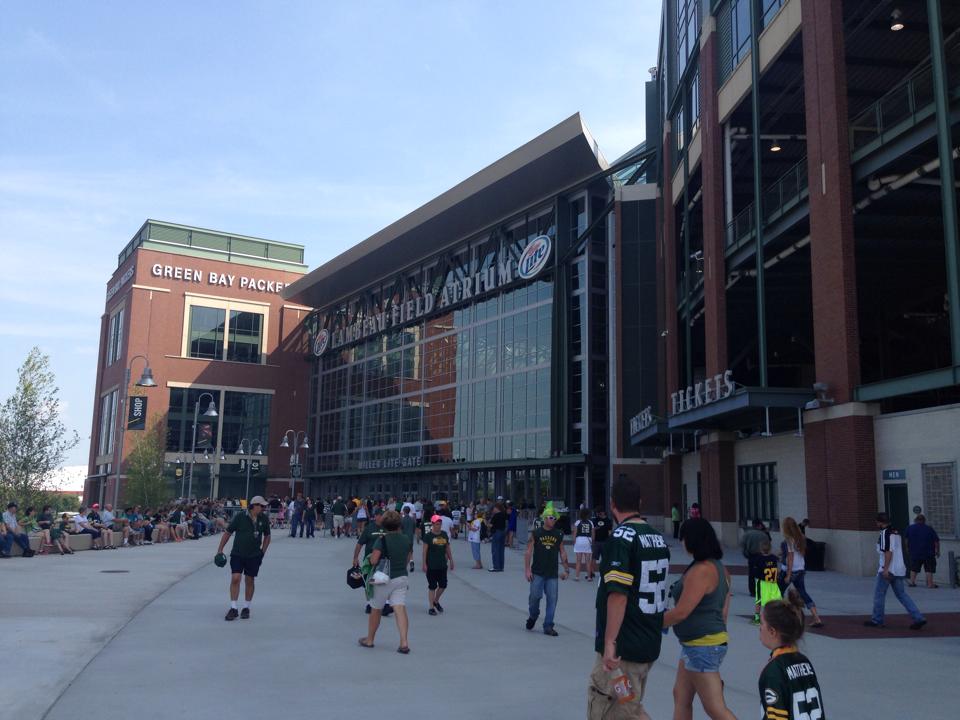 Visiting Lambeau Field is an obvious must-see for Packers fans and non-fans alike. Considered one of the best stadiums in the NFL, it becomes obvious why it has shaped the town.

Even if there is no game, you can eat at one of the many restaurants at Lambeau or you can walk across the street to the practice field. Try some of the culinary additions to each year’s football season.

If you are there for a game, you can venture around the inside of the stadium and see the history of the old stadium. In a town of around 100,000, Lambeau Field stands out as a gem in the city. 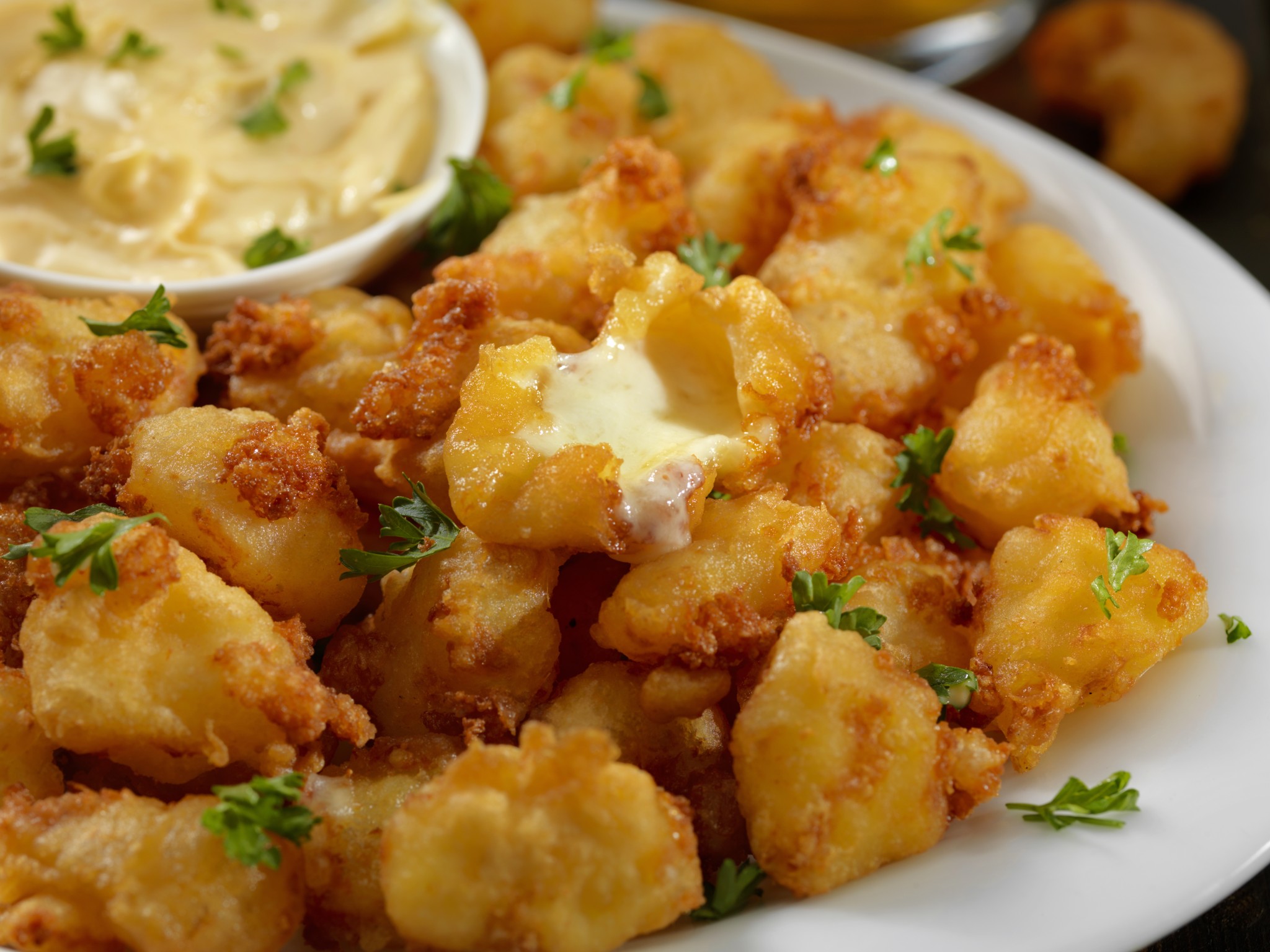 While the food in Green Bay may not be everyone’s taste, it sure is delicious (for at least a few days). Wisconsin is known for cheese and beer, and that is not too far off from what the locals eat.

There are a few obvious restaurants to go to — Curly’s in Lambeau Field (since closed, but there are plenty of restaurants still in Lambeau Field), Titletown Brewing, Hinterland Brewery— but you should be able to get a sample of the local fare nearly anywhere you go.

If you are looking for the best wings in town, check out Legend Larry’s — you will find more locals than tourists, and some amazing food.

And while Green Bay may not seem like a sushi town, the most amazing sushi restaurant I have ever eaten at is in Green Bay (my mouth waters just thinking about it). Check out Koko Sushi in downtown Green Bay. 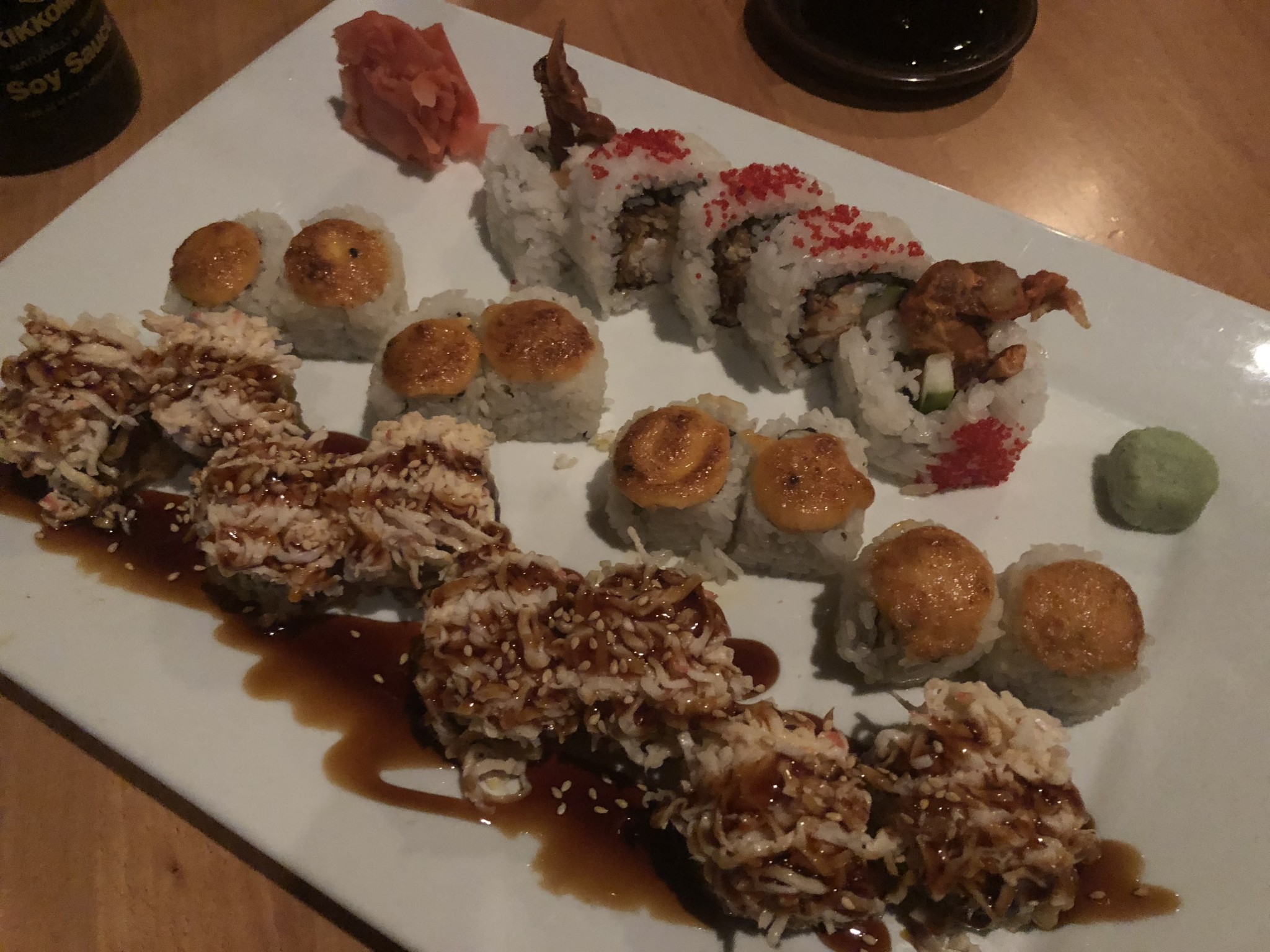 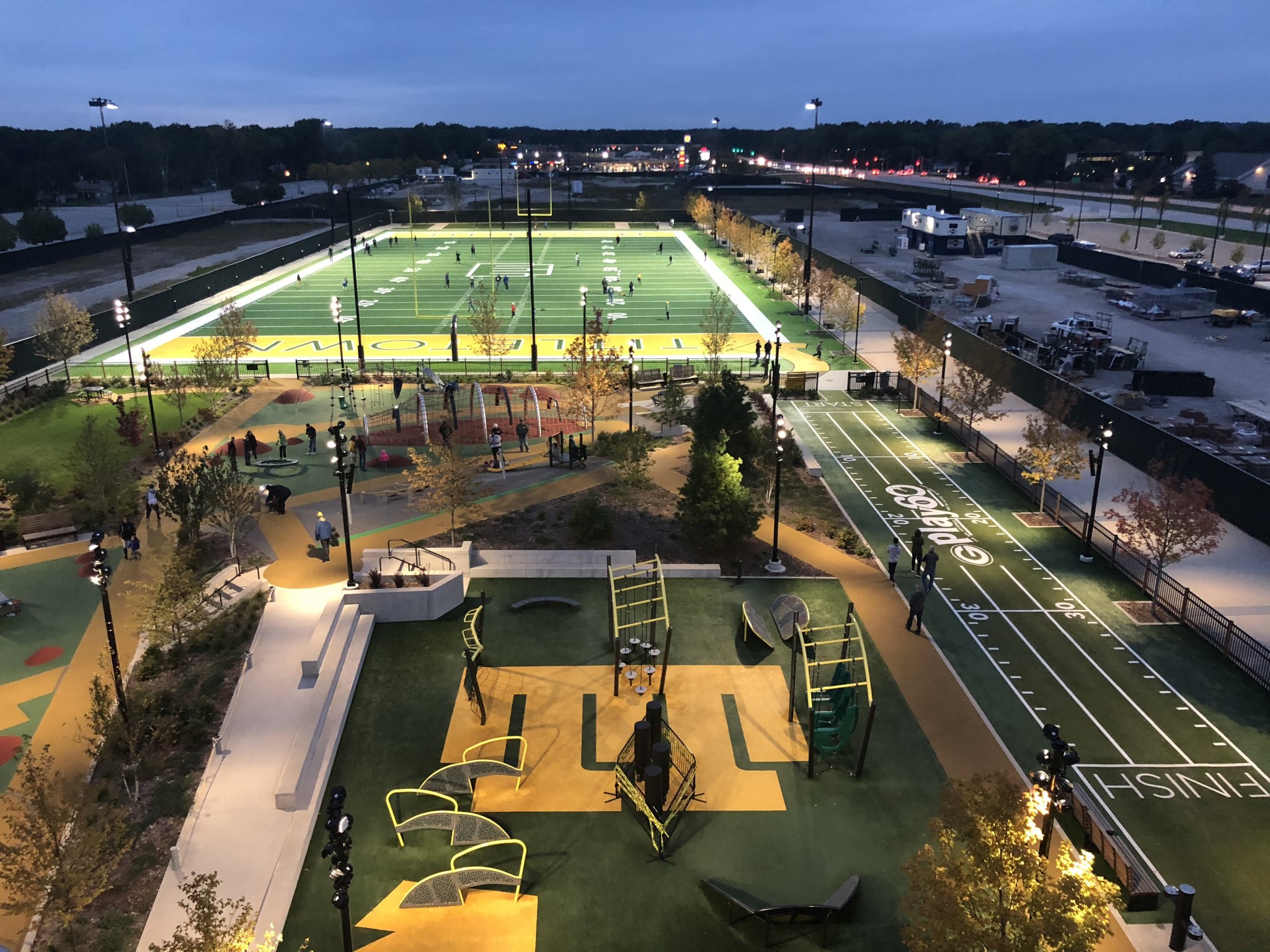 Brand new to Green Bay, Wisconsin is the Titletown District. The district is adjacent to Lambeau Field and meant to be a tourist attraction for Green Bay (and opposing team) fans.

Titletown includes a practice field, an ice ribbon, a playground. and Ariens Hill — a giant hill that is a fun climb in warm months and a sledding hill in cold months. You can even have a beer at the top and enjoy the views! 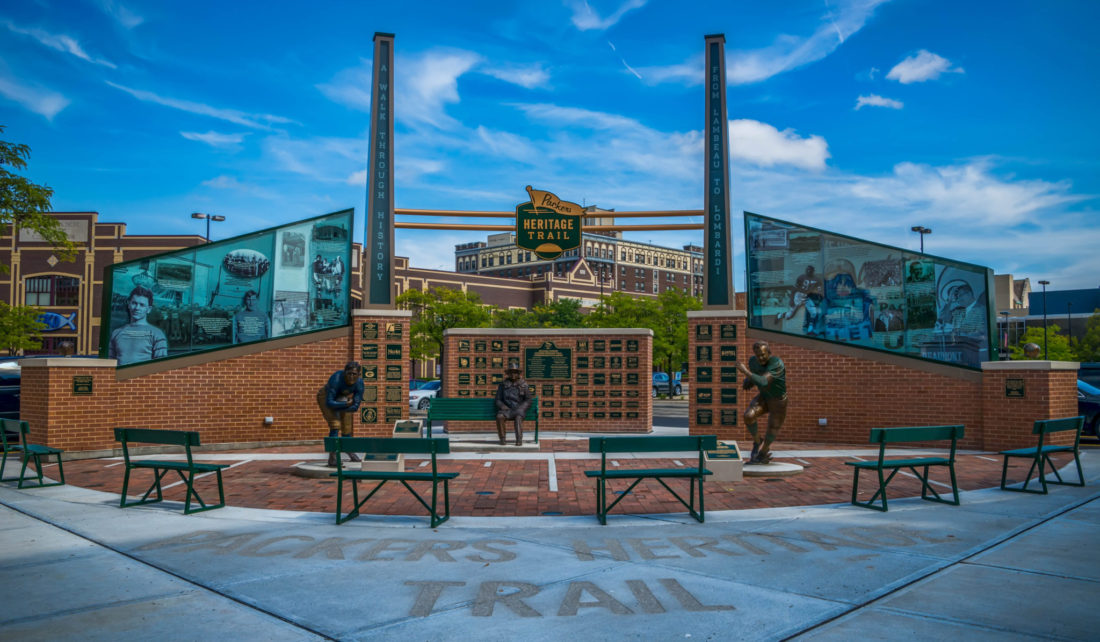 It will take you from downtown Green Bay, past City Stadium (the Packers’ original field), as well as numerous other Packers landmarks. 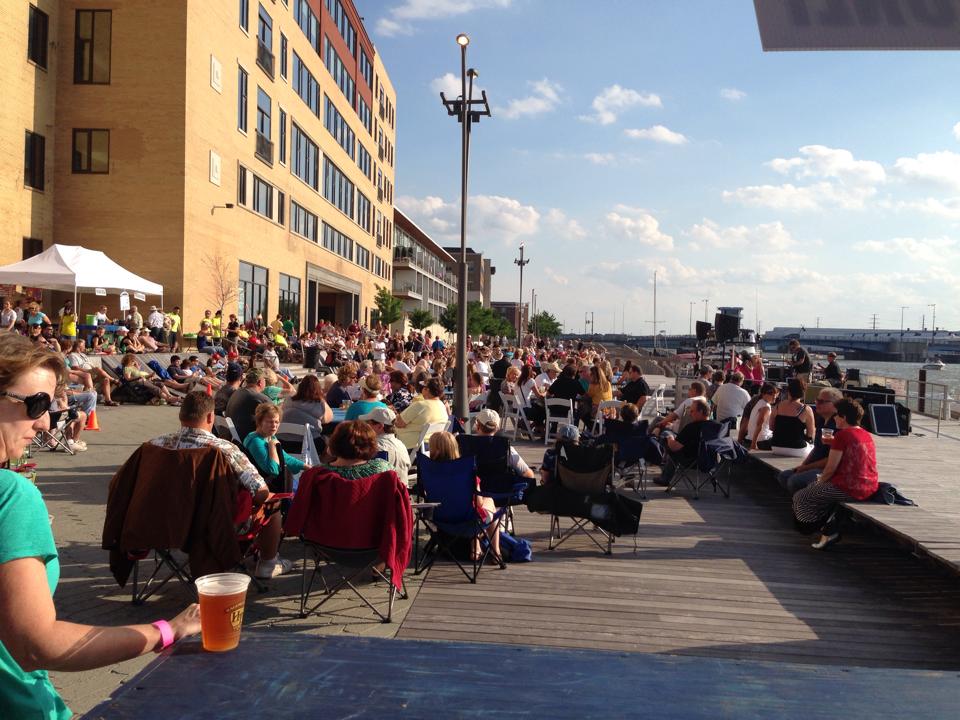 Walking along the Fox River in Green Bay is a beautiful site (mostly in the summer). You can take a boat out on the river, or you can sit at one of the many restaurants along the shore.

The city built up City Deck to attract visitors downtown, and although it’s only summer for a few months each year, you will usually find hundreds of people walking along the dock whenever it’s warm outside. 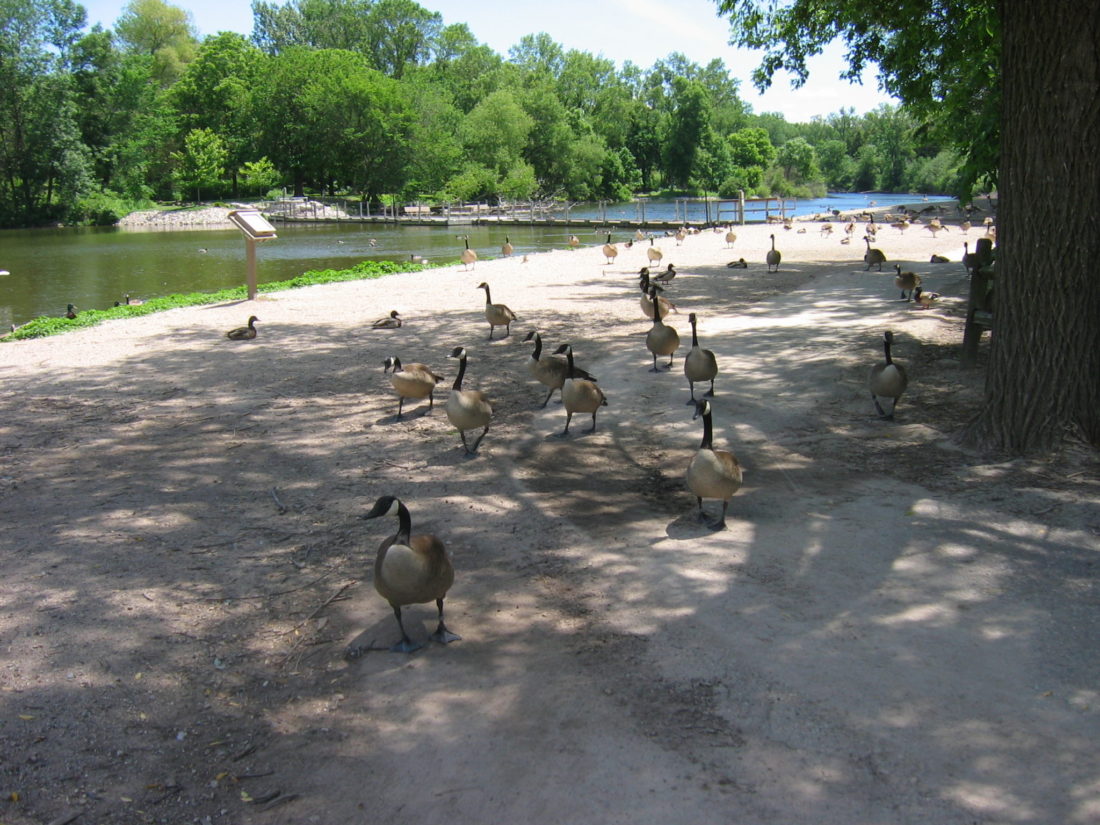 When you think of Green Bay, it’s easy to think of the Packers. But northern Wisconsin is full of nature and beautiful open spaces. Bay Beach Wildlife Preserve covers 600 acres, and is home to many different kinds of wildlife, cross country skiing trails, hiking trails, and hosts live animal exhibits.

The sanctuary is great because you can enjoy nature on your own, or you can participate in one of the many activities they have at the sanctuary.

While Bay Beach may not be the most exciting theme park ever, it sure is inexpensive. The Zippin Pippin is a historic rollercoaster, mostly in that it is one of the oldest existing rollercoasters in the world.

The Zippin Pippin used to live at an amusement park in Memphis, where it was reportedly one of Elvis Presley’s favorite rides. It was moved to Green Bay in 2010.

The best part of Bay Beach and the Zippin Pippin is that it only costs $1.00 for each ride.

The meat store offers the latest in local meats, and even delivers. If you are looking for some great eats (that is not fried cheese or beer), Maplewood Meats is one of the best. 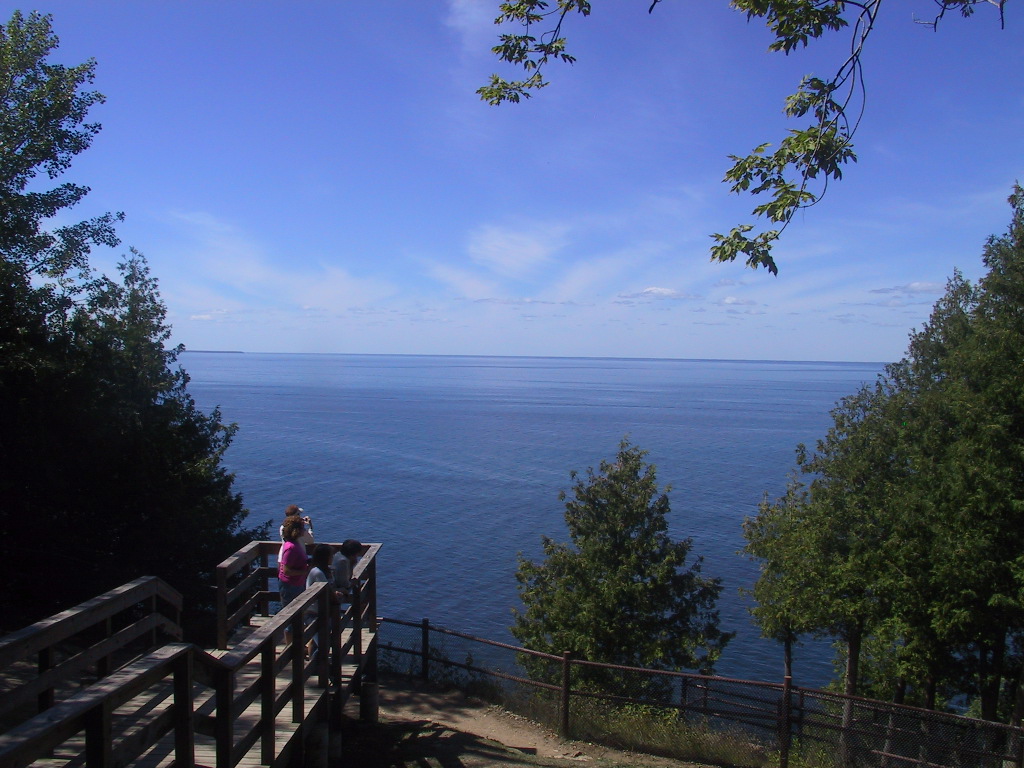 Although nearly an hour north of Green Bay, Door County is a popular destination for tourists and locals alike. Door County is home to Sturgeon Bay, Washington Island, and Egg Harbor, and has more than 300 miles of shoreline.

Popular with boaters, the area also includes fruit orchards, local wineries, 11 historic lighthouses, and five state parks. It is worth visiting in summer though as it gets quite cold and snowy in winter.

Whether you are a Packers fan or just looking to visit a new place, Green Bay is an often-overlooked destination for travelers. But if you look at what the town has to offer, you can learn a lot about the history of Wisconsin. 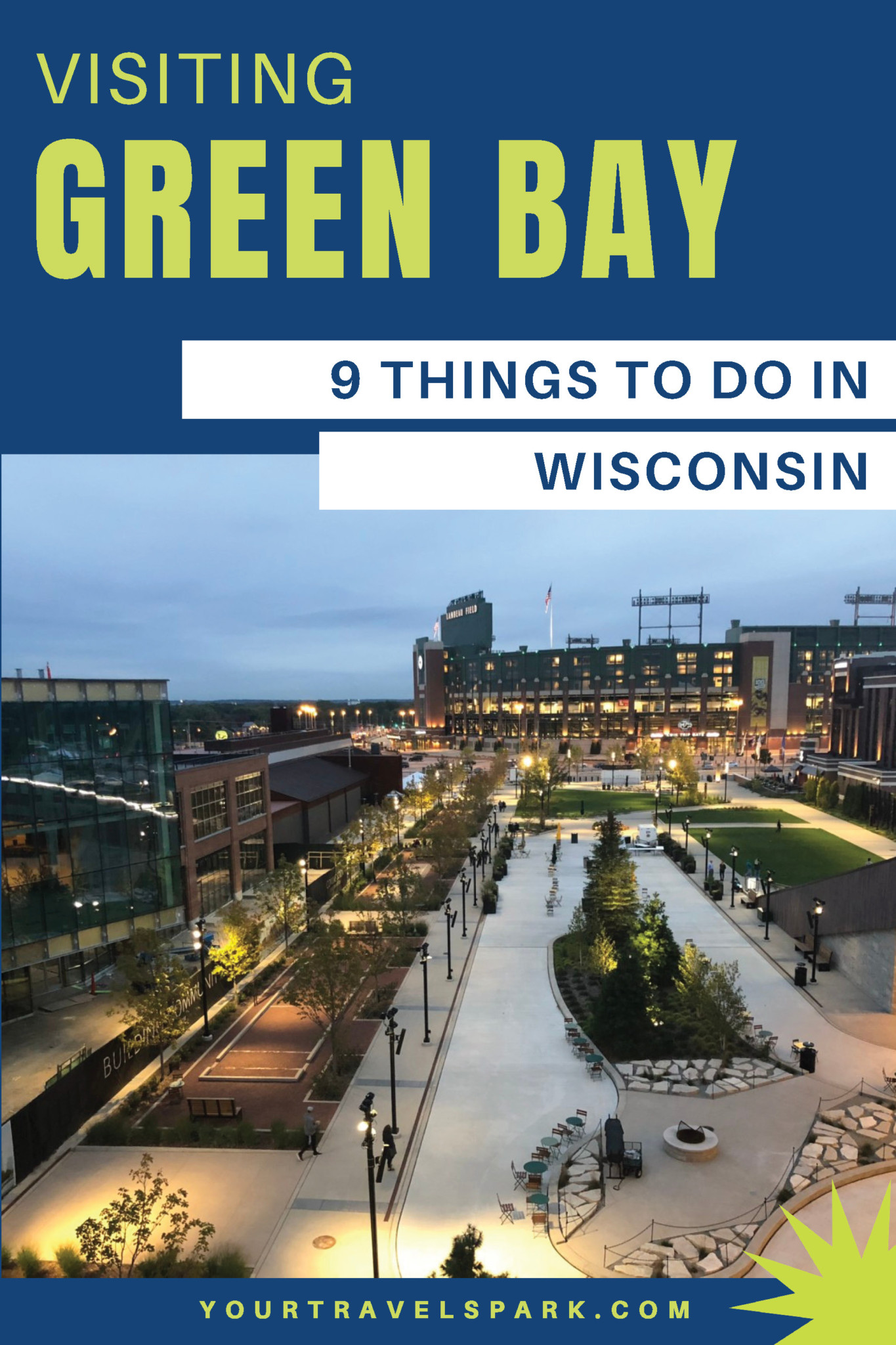 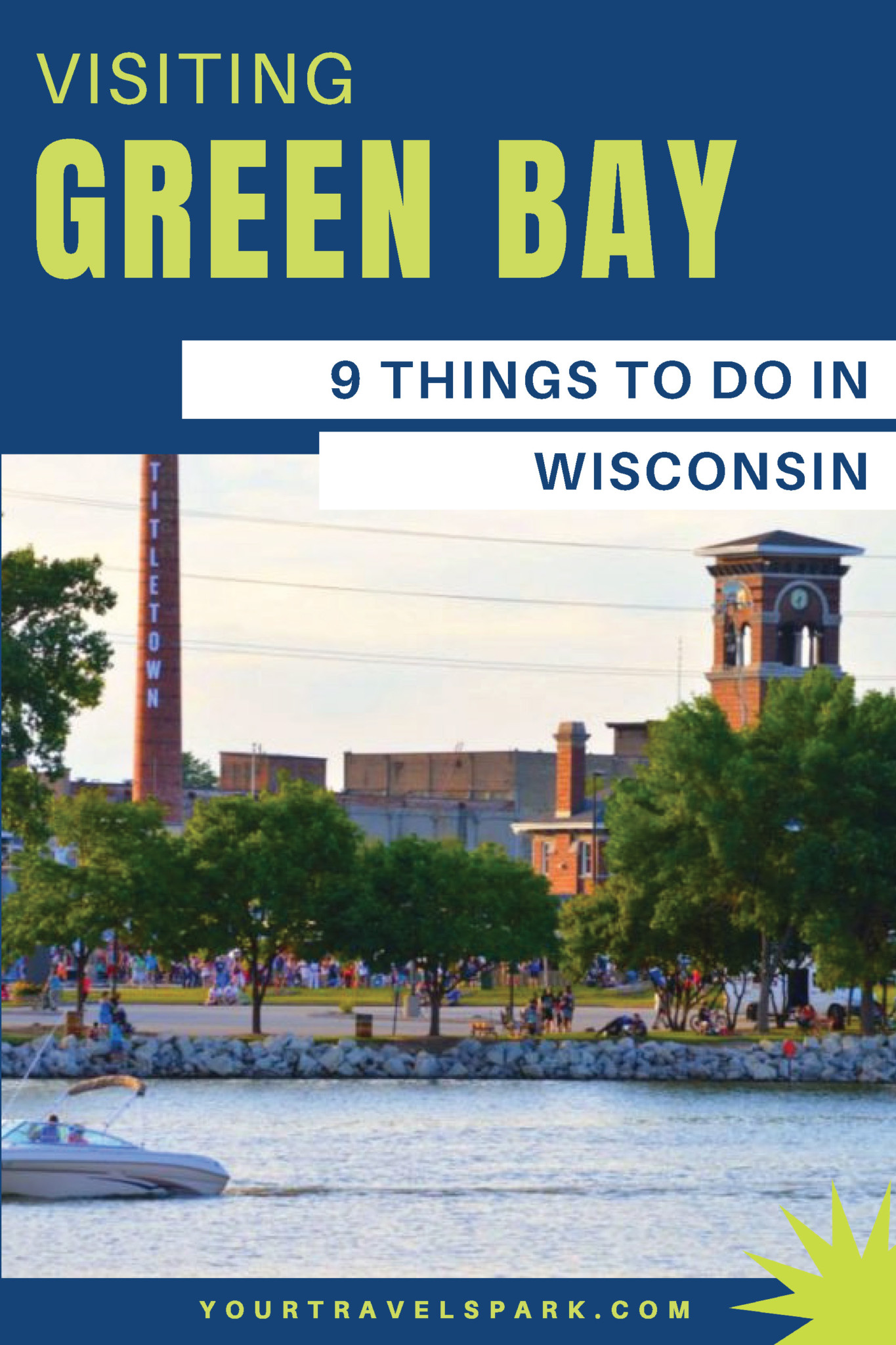 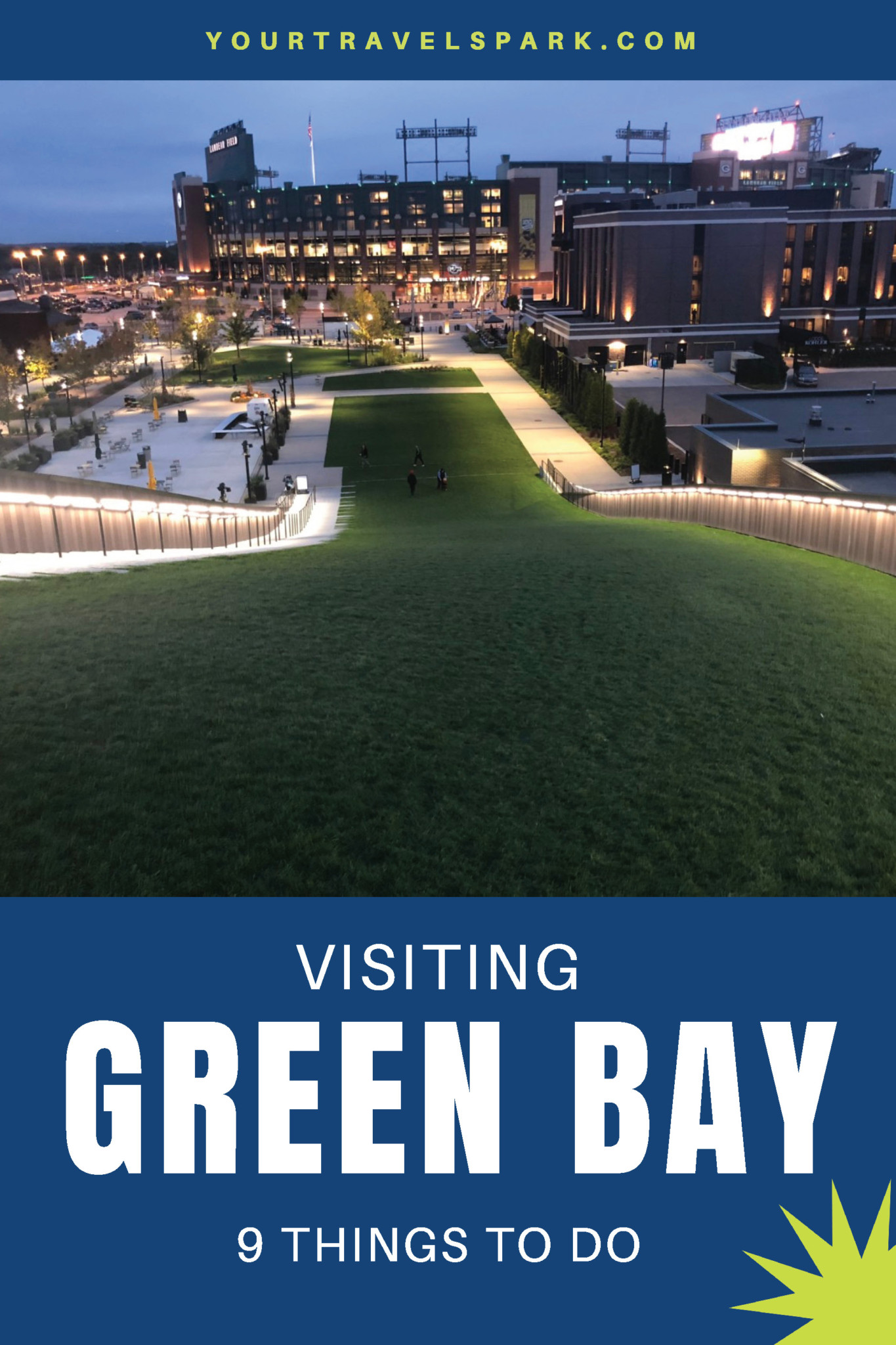 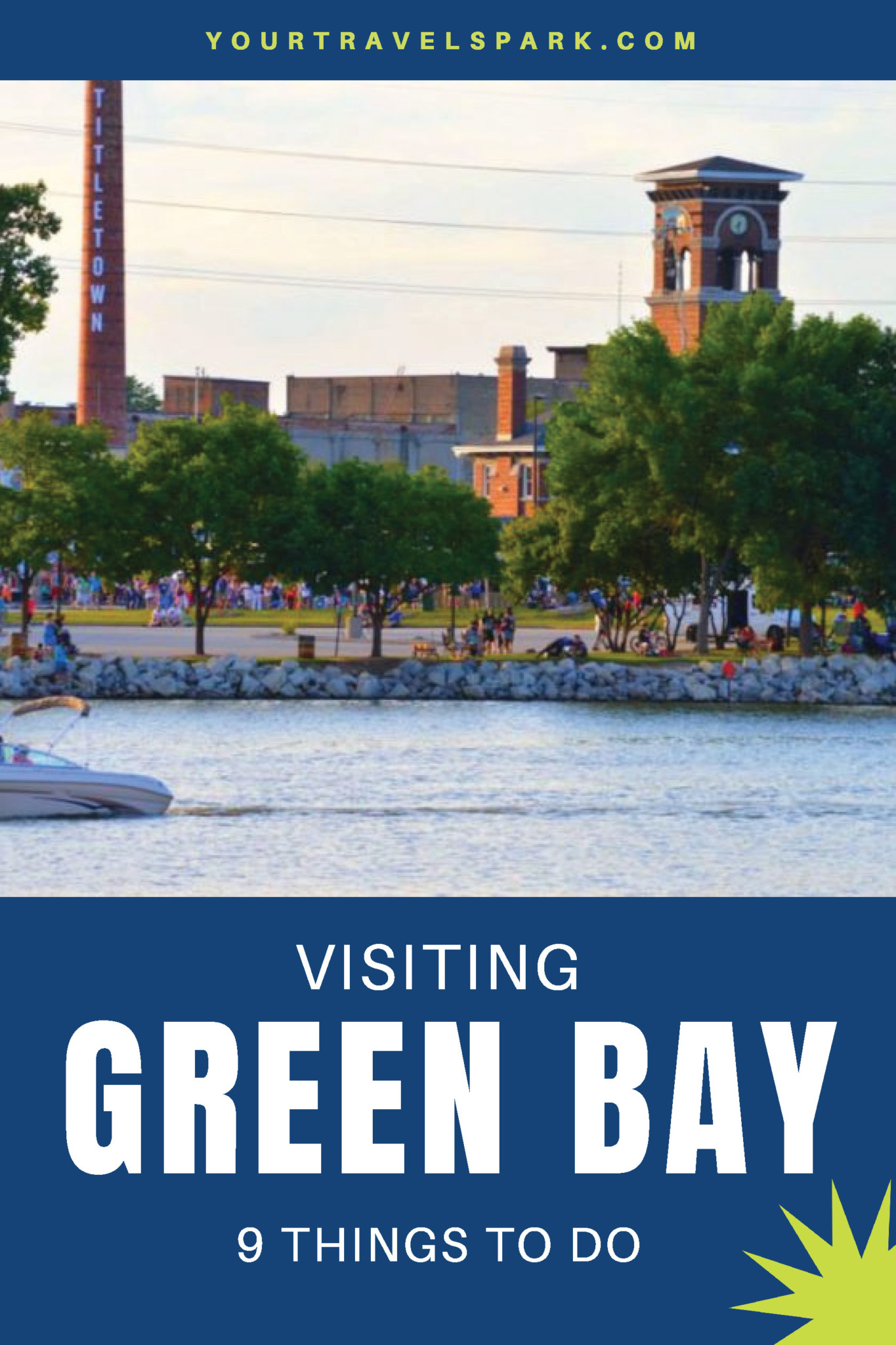