Although not as well known as other German cities, Regensburg has 140,000 residents, and is the fourth-largest Bavarian city in the State of Bavaria. It is only hours away from numerous metropolitan European cities, and can even make a good day trip. Whether you plan a vacation here, or just find yourself driving through, here are our top things to do in Regensburg, Germany.

The city dates back to AD 90, when the Romans built a fort near the current city. You can still see Roman ruins in the city, including Porta Praetoria, which was Regensburg’s city gate until the 17th century.

Where to stay in Regensburg, Germany: Roter Hahn hotel review

The gate was built under the rule of Emperor Marcus Aurelius, which is why Roman Ruins is one of the top Regensburg, Germany things to do on our list.

After World War II, Regensburg worked to rebuild its infrastructure, and brought in large companies such as Siemens and BMW, which grew it into the city it is today. 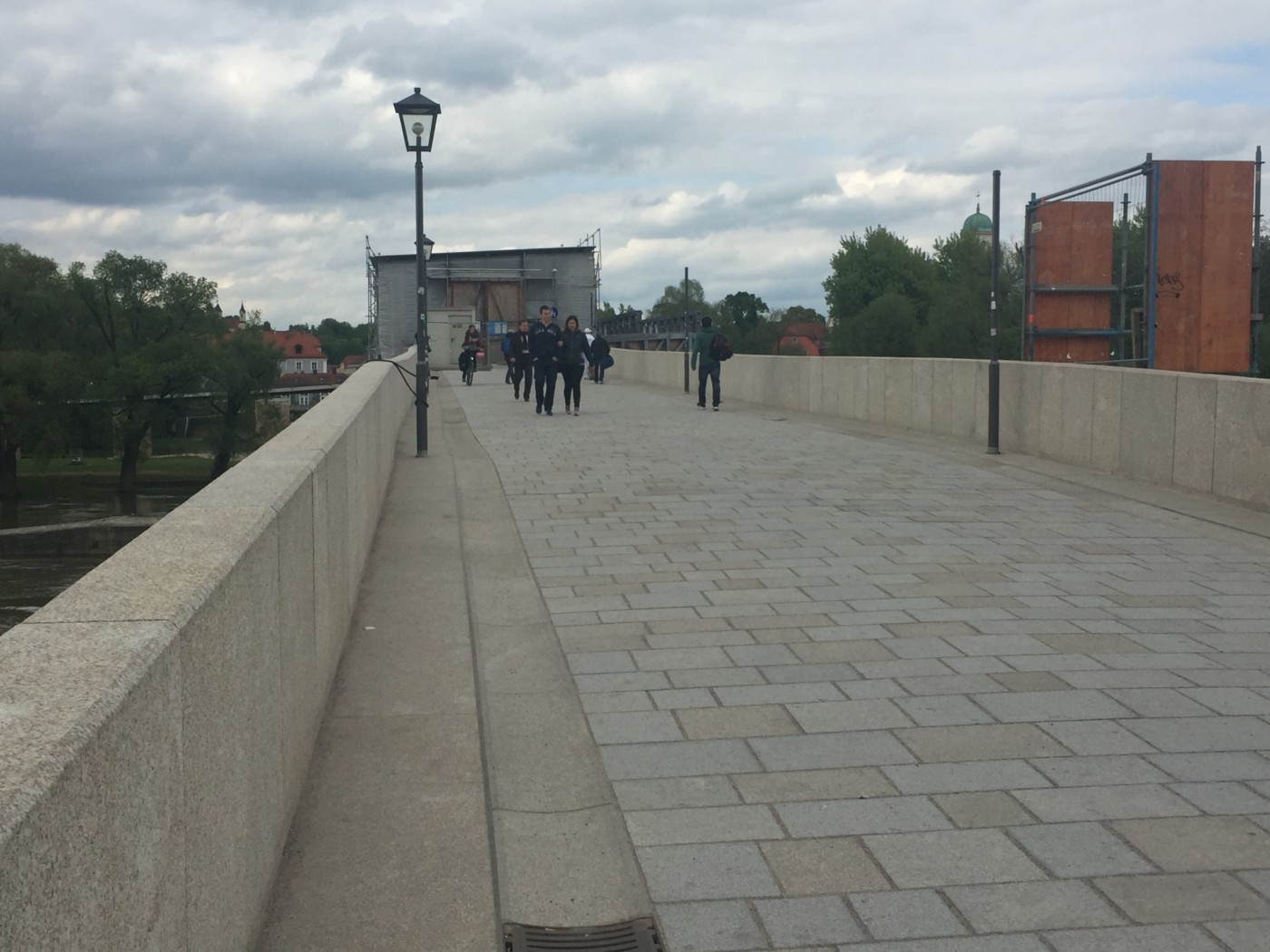 The Regensburg Stone Bridge, or Steinerne Brücke, was constructed in the 12th Century and connects the Old Town of Regensburg, Germany with Stadtamhof, crossing the Danube River.

From its construction until around the 1930s, it was the only bridge connecting the two sides of the city.

When we were there, the bridge was under construction, so unfortunately we couldn’t go all the way across. But it is a beautiful structure, and is around many beautiful buildings, as well as the Danube River. It’s a must-see while you are in Regensburg. 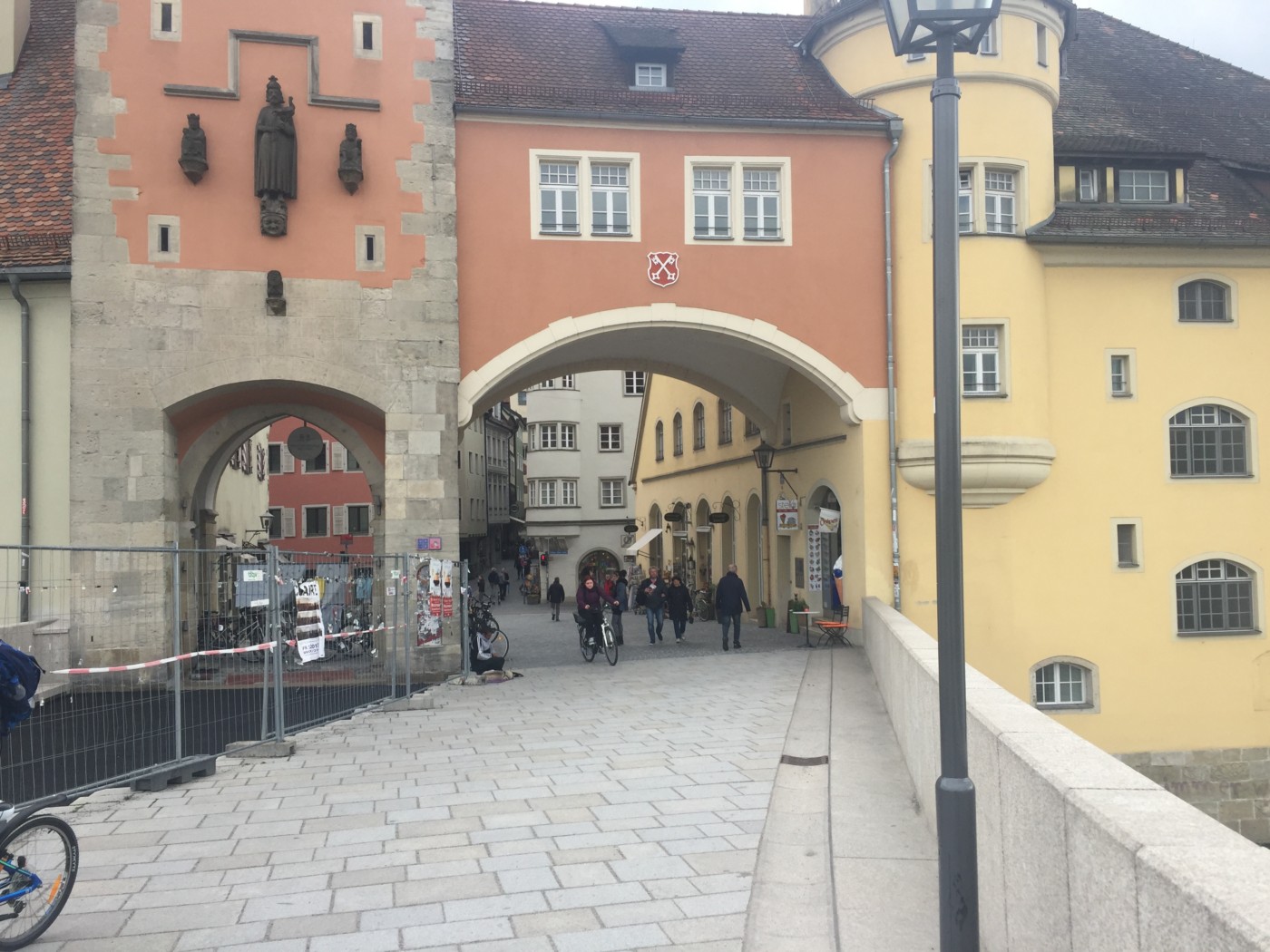 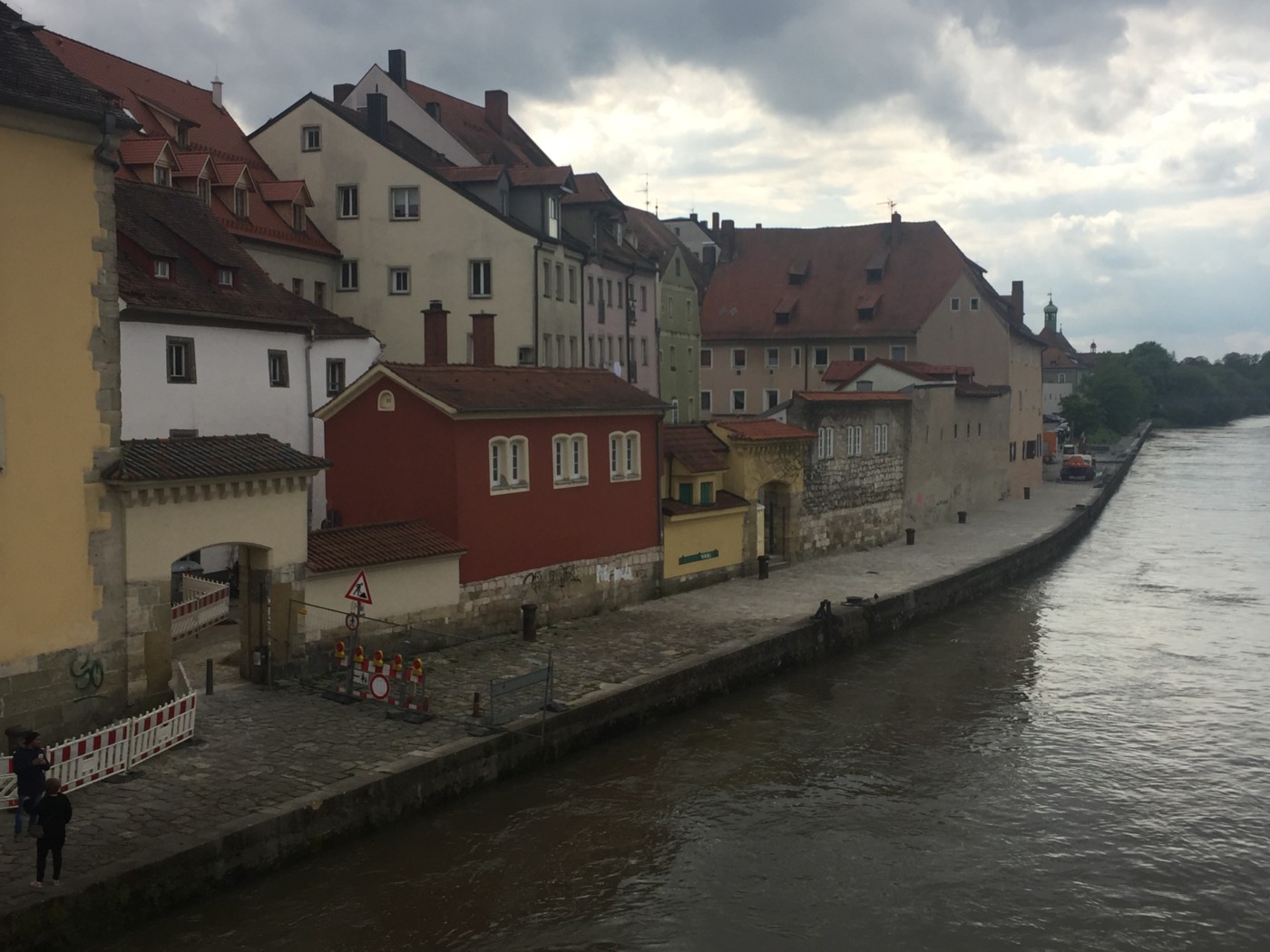 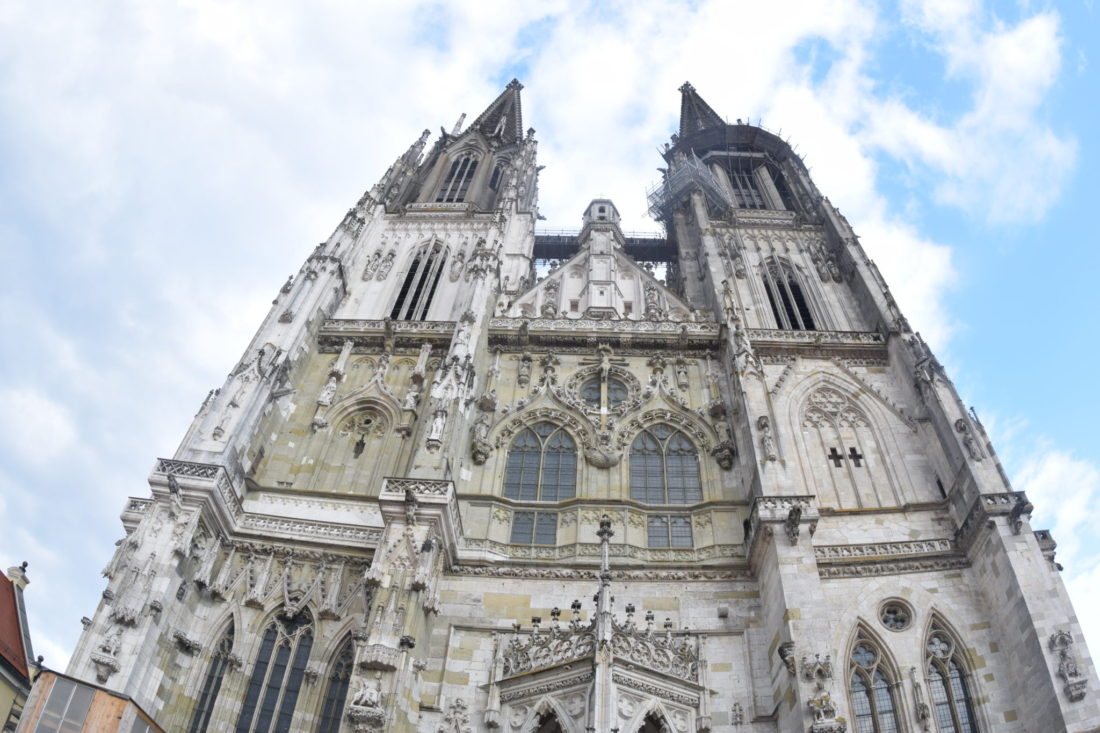 There are many churches in Regensburg, including the Regensburg Cathedral. Built around AD 700, the cathedral holds Catholic services even until this day.

You will find hundreds of cathedrals and churches across Europe, but you will be amazed by how many you will find even in a medium-sized city like Regensburg.

There are dozens of other churches and cathedrals in the city, you could spend days just looking at all of them. Take some time to really appreciate what they built in such a small city. 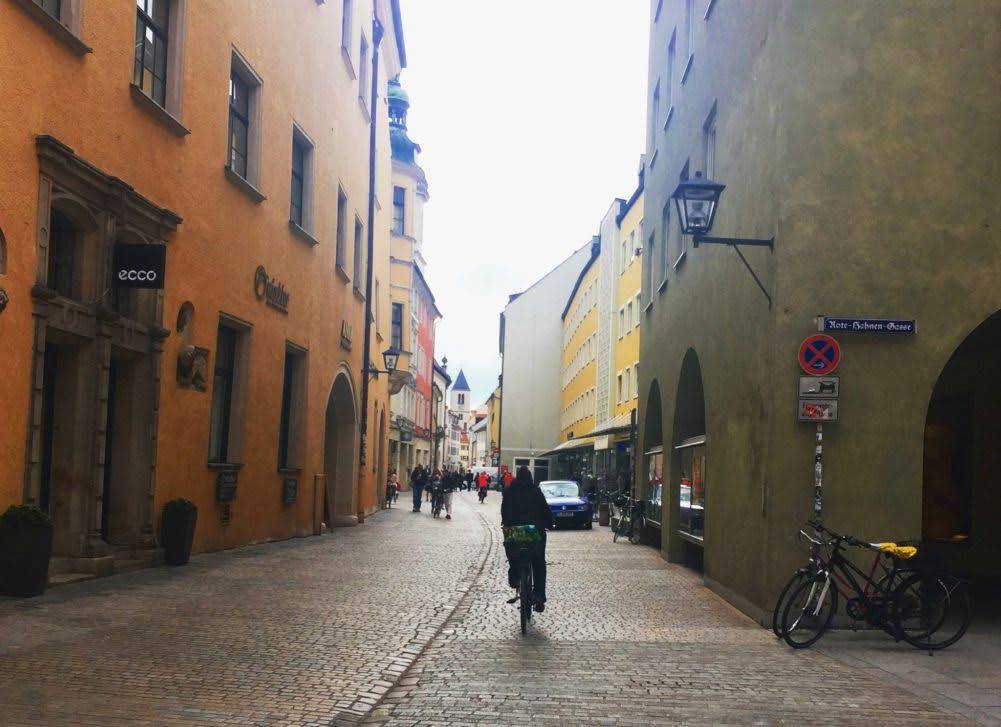 Although there are plenty of modern touches to the city of Regensburg, the jewel of the city is the Innerstadt – which has many of the ancient buildings of Regensburg.

There are plenty of hotels in town, each with their own personality. If you find a hotel in the Innerstadt, you can then walk around historic Regensburg without using your car.

The city is incredibly picturesque, but because it’s so small, it may be better served for a vacation where you just want to wander — instead of spending your days in museums or seeing the culture larger cities might offer. But Regensburg, Germany is an amazing place to visit, and Innerstadt is a piece of history in itself. Spend some time walking around and just enjoying the modern culture within an ancient city. Otherwise, you can always take a scenic, sightseeing train tour through the magnificent old town and learn all about the city’s fascinating history from an informative audioguide.

Have a Beer at One of the Many Beer Gardens

Although small, Regensburg is a true Bavarian town, and has numerous beer gardens. Take a walk around town and duck into any alleys or doors you can find — you never know when there is going to be a cute beer garden or outdoor restaurants.

Recommended: How To Spend A Wonderful 24 Hours In Warnemünde

You are in the heart of Bavaria — stop by and try one of their many delicious types of beer.

Take a Walk Along the River

Like many European cities, Regensburg’s river runs through the middle of town. Take a walk along either side of the river and explore the beautiful old buildings on both side.

The best way to find a restaurant or other things to do in town is to just walk. The river offers a beautiful view of the town and it’s ancient heritage. 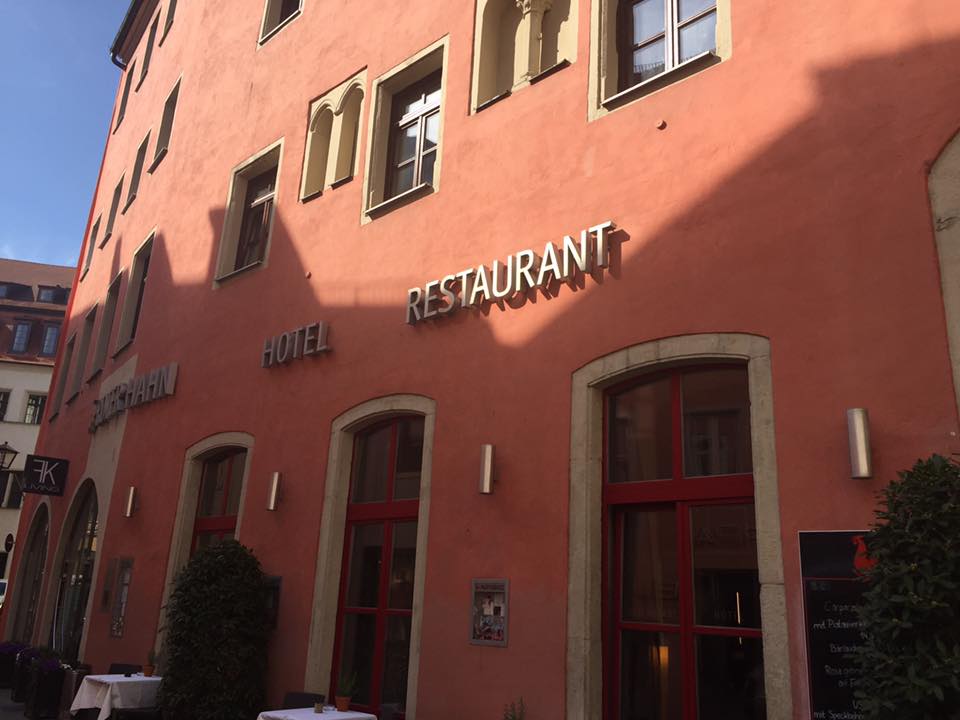 We would recommend staying at the Roter Hahn (or, Red Rooster), partially because of its character, and partially because it’s one of the only hotels in Innerstadt with parking. If you are driving to the city, having parking is a must and it saved us on our trip by having a travel agent who reminded us of this fact.

The staff is pleasant and the rooms are quaint and clean.

Even if Regensburg isn’t your destination, it’s a great point of interest during your European trip. Only three hours from Prague, Vienna, and Frankfurt, it is a great place to stop for a night or two on your journey — although there are plenty of things to do in Regensburg, Germany to make an amazing vacation all its own. 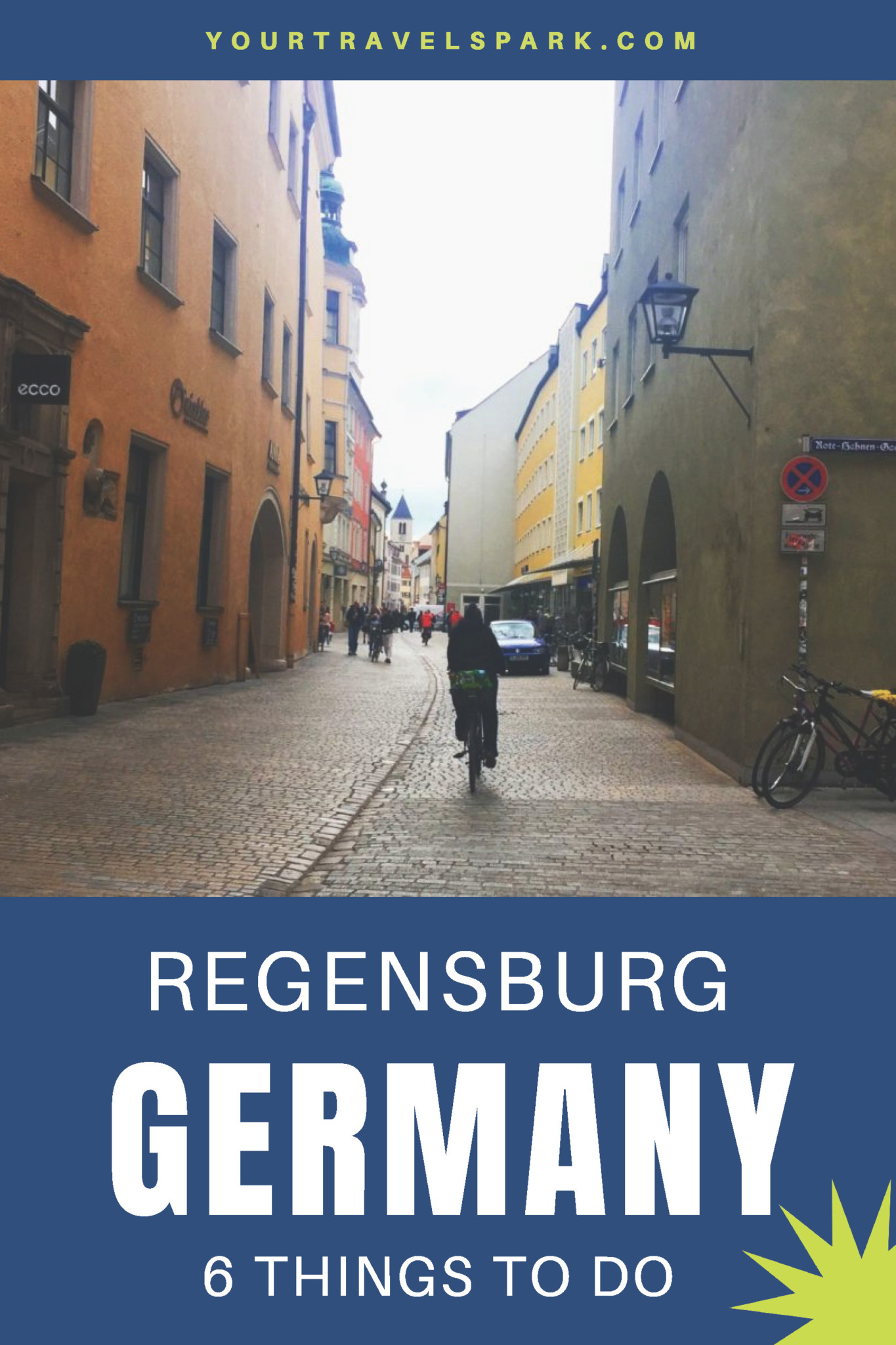 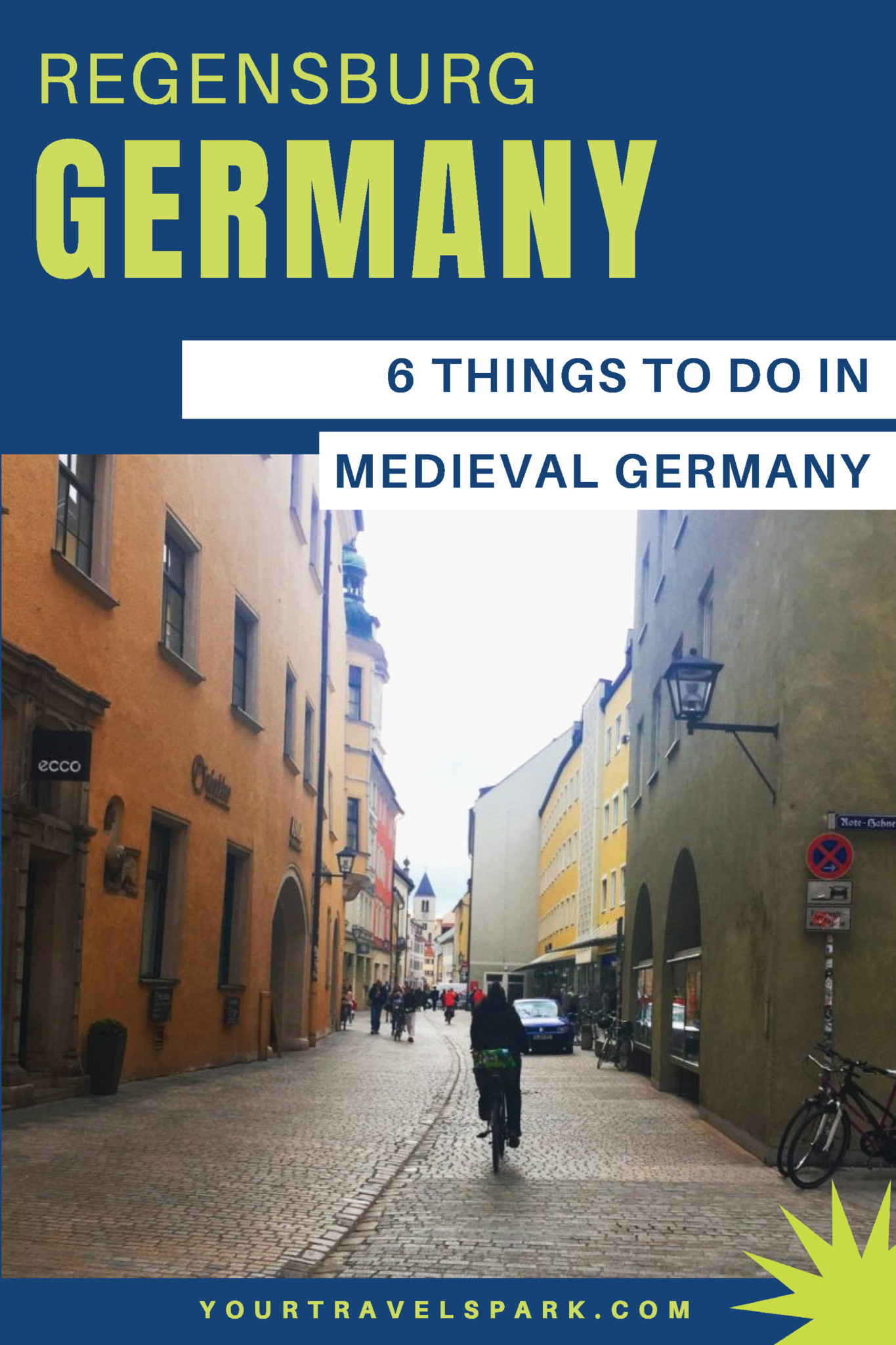